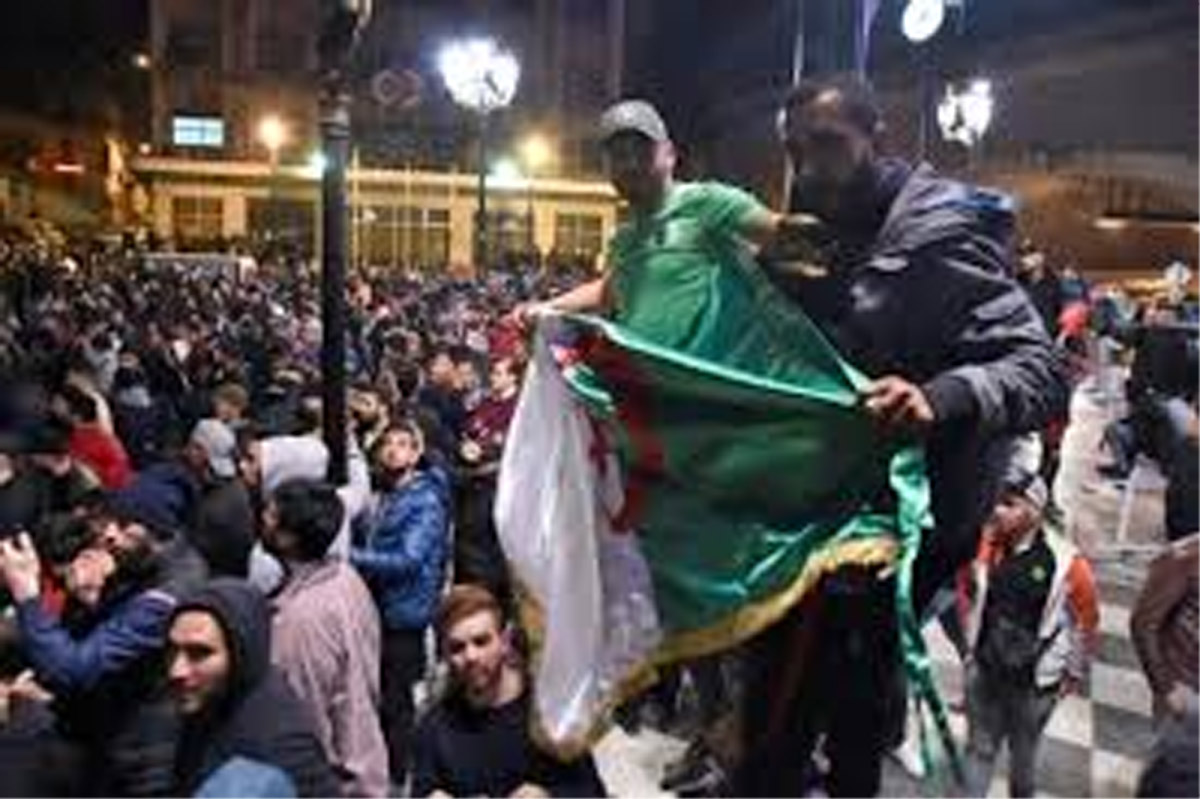 ALGIERS, Mar 5: Algerians on Monday dismissed President Abdelaziz Bouteflika’s promise to quit early if re-elected for a fifth time in April and eyed fresh protests to push him from office.

The ailing leader, who suffered a stroke in 2013, vowed in a letter read out on state television late Sunday to organise a “national conference” that would set a date for further polls which he would not contest.

“I pledge not to be a candidate in that election which will ensure I am succeeded in undeniable conditions of serenity, freedom and transparency,” the letter read.

“I listened and heard the cry from the hearts of protesters and in particular, the thousands of young people who questioned me about the future of our homeland,” it said.

His message — followed by the formal submission of his candidacy for the April 18 poll by his campaign manager Abdelghani Zaalane — failed to win hearts as new protests hit the capital and other cities.

In central Algiers, hundreds of mostly young demonstrators rallied peacefully overnight and into the early hours of Monday as a helicopter buzzed overhead and police deployed gradually across the city.

Protests were reported in several cities around the country Monday.

In third city Constantine, lawyers announced an indefinite strike and a local journalist told AFP that 1,000 people took to the streets.

In downtown Algiers, dozens of high school students were quickly surrounded by police when they tried to protest and undergraduates at a university in the city boycotted campus.

Students at several universities told AFP they were weighing up staging a walkout and protests on Tuesday.

Residents of the capital said they were gearing up for demonstrations Friday, the main day for protests so far, as they dismissed Bouteflika’s promises as an “insult”.

Bouteflika “thinks we’re idiots. We said no (to him). And ‘we’ are a people 42-million strong,” said Karim, a 22-year-old unemployed man who declined to give his surname.

Mohammed, a 69-year-old retiree, insisted he was ready to take part in his “first ever” demonstration on Friday.

“They want us to believe that he (Bouteflika) is the Messiah, a prophet, that there is no one else who can save this country,” he said.

Bouteflika’s allies tried to sell his decision to a sceptical public.

The leader “listened attentively to the Algerian people as he committed to meeting their main demand, namely to change the system”, said his National Liberation Front (FLN) party.

Prime Minister Ahmed Ouyahia’s National Rally for Democracy insisted Bouteflika had made “an exhaustive response to the demands of the citizens” and hoped their would now be a return to “calm”.

But newspapers channelled the widespread fury.

The Al-Watan daily said Bouteflika’s bid for a fifth term showed “contempt” for the tens of thousands of Algerians who have taken to the streets since February 22 calling for him to resign.

Liberte newspaper said Bouteflika’s promises to serve a shorter term were merely a “manoeuvre” to placate the people “until he takes charge again”.

The head of state, who has rarely been seen in public since suffering a stroke nearly six years ago, has been in Switzerland since February 24 for what the presidency has described as “routine medical tests”.

There were no legal requirements for him to submit his candidacy in person and it was handed in just before a midnight deadline Sunday.

Campaign manager Zaalane said Bouteflika — who has ruled since 1999 — had the backing of 19,700 national and local elected representatives and of 5.86 million voters.

Their signed affidavits of support were brought Sunday night to the Constitutional Council — where presidential bids are formally lodged — by the truckloads.

Similar rallies took place in several cities across the oil-rich North African country and as far as France and Montreal in Canada.

Protesters in Algeria have been mobilised by calls on social media, as many young people struggle to find jobs in a country where half the population is under 30.

Bouteflika was the eighth candidate to be registered Sunday for the April poll.

The others included retired general Ali Ghediri — an independent who was the first to announce he would run and has promised change, but whose popularity remains unknown.

Bouteflika’s former prime minister and key rival Ali Benflis announced Sunday he would not run, describing the upcoming election as no longer relevant because it was void of real competition.

The council has until March 14 to accept or reject the presidential bids.

The foreign ministry in France — Algeria’s former colonial master — said Monday it was “up to the Algerian people to choose their leaders and decide their future”. (AGENCIES)
^^^