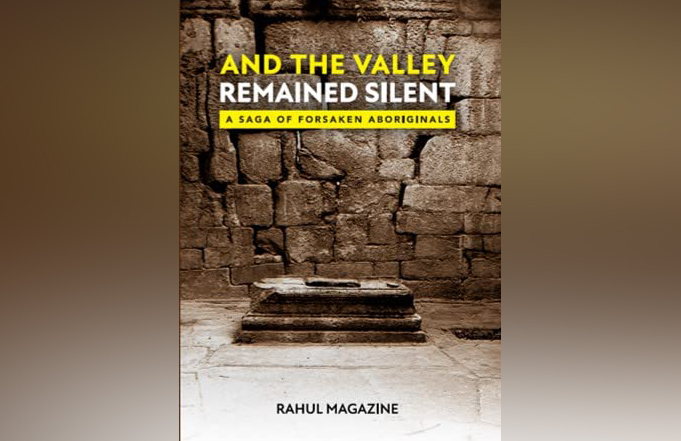 Col Ajay K Raina
Title of the book conveys the essence of its contents; the work is a compilation of real-life accounts from the ‘aboriginals’ who were forced into an exodus from their land. Written by an accomplished medical professional hailing from Kashmir, the book is set in the times when the biggest exodus of independent India was forced upon those whose forefathers tilled those lands, wrote the oldest continuous history in the subcontinent and whose contribution towards the society have been simply outstanding. The author, a teenager at that time, vividly remembers how so many households were uprooted when a wave of hatred and intolerance hit the land of rishis.
This work probes the circumstances surrounding the ethnic cleansing and cultural genocide of Kashmiri Hindus?the torchbearers of Valley’s ancient culture. All the typical stages of genocide from classification of the victims to the denial of culpability are clearly visible in the narrative. Real-life incidents bring to light the discrimination this educated community faced in the Valley, the dire circumstances under which they had to flee their motherland and their dogged determination to rebuild their lives once again. These aboriginals chose to abandon their homes, but not their faith. They not only survived this calamity but also thrived, and that is an inspiration for all the persecuted people. The fact that not even one act of violent revenge can be ascribed to Kashmiri Hindus, speaks volumes about their ethos.
Another point that defines the work is lack of venom that usually tends to overshadow a narration of this kind. It is pretty natural for anyone to express one’s frustration and disgust while describing the plight of one’s own family in particular and one’s community in general especially when they had nothing to do with the reasons behind such ugly developments. And yet author’s sense of civility shows up as the reader goes through the heart-breaking tales of those who were forced to flee their homes, their lands and their roots. There are no abuses, no curses and no ill wishes for those who committed such inhuman crimes; the narration is balanced and simply based on truth. Lack of animosity coupled with authentic accounts of those fateful days makes this a very readable work.
While the author was of an impressionable age during those days, many stories in the book are based on the accounts contributed by those who were grown up and far too mature at that time. The fact that there is no contradiction between two sets of sources points towards the genuineness of the work. To that end, for those who have remained in a state of perpetual denial as also those youngsters who grew up in the Valley after the exodus, this book can serve as a source of authentic information. While the identities of many people mentioned in the book have been changed because of various understandable reasons, the truthfulness of the book remains beyond any doubt. Many readers who may belong to two sides of the ugly fissure that cropped up during those years, will be able to identify the real persons whose stories have been recorded.
Language used in the work is simple enough for lay readers to read and absorb. In more than one way, this book is simply unputdownable. This book will appeal to those who know and understand the Valley well as also to those who are not too aware of the happenings of yesteryears. Those happenings, as can be seen, continue to have impact on lakhs of lives even today. The work, therefore, is as contemporary as it is period in a sense.
Published in both paperback and hardcover formats, the book carries close to 300 pages between its covers. An appealing cover, easy to read fonts, some rare pics and quality of production, all together, add value to an already invaluable text. The book is a must read for those who themselves or whose previous generations got involved either as innocent victims or perpetrators of violence or bystanders who saw it but did nothing. It is only when such works are read with open minds that man-made clefts can be narrowed if not eliminated altogether.
(The author is a military historian and Founding Trustee of the Military History Research Foundation India. )