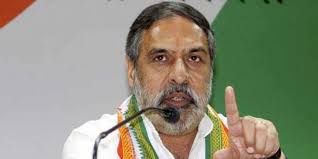 NEW DELHI:Senior Congress leader Anand Sharma on Friday demanded in Rajya Sabha that the Prime Minister should immediately convene an all party meeting on the worsening law and order situation in the North East, including Assam, following passage of the Citizenship Amendment Bill in Parliament.

Raising the issue during the Zero Hour, Sharma said an all party meeting was a must in view of the fallout in India’s external relations particularly with Bangladesh.

“I will urge the government and the Prime Minister in particular to immediately convene an all party meeting (with) chief ministers of all the states and to reassure that mere statements and blame game is not going to happen. This is also having a fallout in India’s external relations particularly with the sensitive state of Bangladesh which cannot be allowed,” Sharma said in his Zero Hour mention.

Chairman M Venkaiah Naidu said a country’s name cannot be taken, to which Sharma said it has to be as it is part of India’s foreign policy. “You cannot export your domestic policies to a neigbour …there have been reactions in our neighbouring country and the government therefore has a responsibility,” Sharma said.

He said the situation in the North Eastern states particularly in Assam, Tripura, Meghalaya and even Manipur was disturbing.

These border states are “very sensitive” parts of the country and share borders with China, Bangladesh and Bhutan, he said.

“It is because of the insecurity and uncertainty that has been created following the Citizenship Amendment Bill and fears about the influx of a large number of people which will disturb the culture, language and the composition of society,” the former Minister said.

He said the new law is comparable with the Bengal Frontiers Act, which was enacted in 1873 by the British.

“Then also disruption and violence followed during the partitions of Bengal and the partition of India which affected the then undivided state of Bengal and also Punjab in North and West,” he said and added that this situation cannot be allowed to aggravate further.

“These are our sons and daughters who have their concerns and equal stake in the country. It is therefore the duty of all of us collectively. The Indian Parliament and Rajya Sabha, being the Council of States, has a special responsibility because we represent the states and we cannot be silent when these developments are taking place,” he stressed.

Action by the Indian Army in the states in not the only answer, he said, adding that there should have been political dialogue and consultations.

There was no need to hurry and create a situation which is entirely avoidable, he added. (AGENCIES)