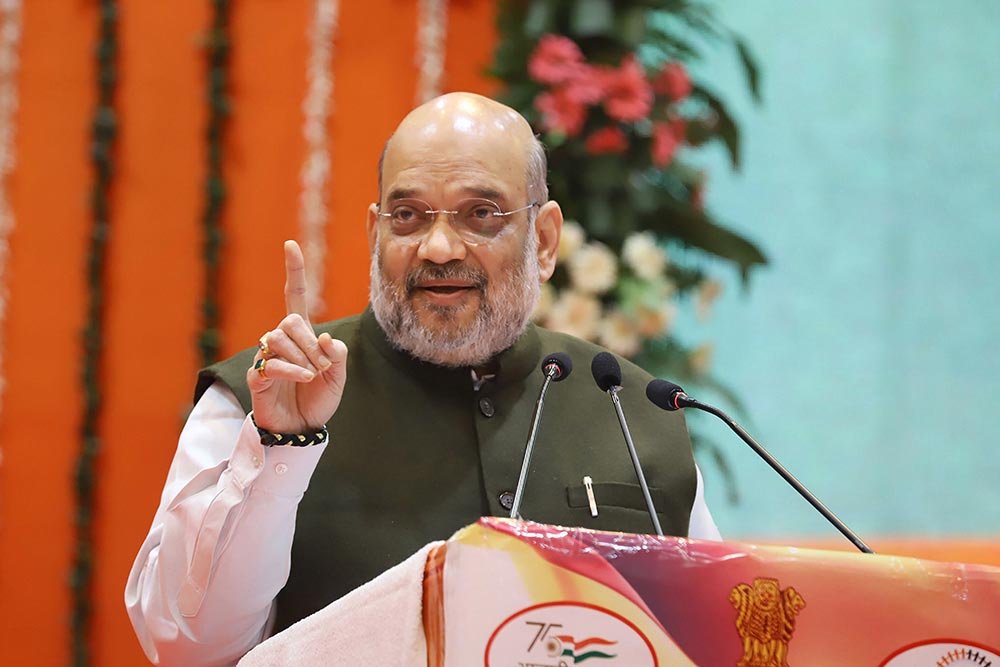 Uttar Pradesh, Dec 31: Union Minister Home Amit Shah on Friday slammed Congress for not taking action against Pakistan over several terrorist attacks in the country during UPA’s regime and said that when terrorists attacked in Uri and Pulwama, they had forgotten that BJP is in power in the country and ‘mouni (silent) baba’ Manmohan Singh is no longer is the Prime Minister.
Addressing a public rally in Uttar Pradesh’s Sant Kabir Nagar, Shah said, “Earlier, terrorists used to attack us and kill our armed personnel then Congress, SP and BSP used to turn deaf ears towards it. When terrorists attacked Kashmir, Uri and Pulwama, they forgot that Congress is no more in power but BJP is, ‘mouni (silent) baba’ Manmohan Singh is no longer is the prime minister but Narendra Modi is.”
“We killed terrorists within 10 days of the attacks through airstrikes and surgical strikes,” the minister said.
Shah further lauded the BJP government in Uttar Pradesh and said, “Hundreds of children from poor families died of encephalitis in the eastern UP during SP and BSP rule. BJP Government ensured cleanliness, clean drinking water, and set up treatment centres, paediatric and ICU wards, which led to a reduction in such deaths by 95 per cent.”
“If BJP has formed government at the Centre and Modi Ji is the Prime Minister today for the second time, it is only because of the blessing of the 22 crore people of Uttar Pradesh,” he added.
Shah is addressing rallies in the state as part of BJP’s campaign for assembly polls which is scheduled for next year.
In the 2017 Assembly elections in Uttar Pradesh, the Bharatiya Janata Party bagged 312 seats out of the 403-seat Uttar Pradesh Assembly while Samajwadi Party (SP) bagged 47 seats, Bahujan Samajwadi Party (BSP) won 19 and Congress could manage to win only seven seats. The rest of the seats were bagged by other candidates. (Agencies)