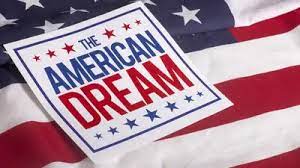 NEW DELHI, July 17: With rupee touching its new all time low every other day, study abroad aspirants in India fear their American university dream is getting farther as they will have to cough up more money or shift their choice of destination country where it is comparatively cheaper.
While financial institutions feel the concerns are genuine and the requirement for higher amount of education loans will go up, study abroad consultants believe students have less to worry about, especially those who plan to work in the US, post completion of their studies.
“As the rupee tumbles to a new record low against the US dollar, it ripples concerns far and wide among study abroad aspirants. The weakening of the Indian currency against the US dollar will deeply impact students’ overseas education plans and add to financial burden,” Pushpender Kumar, who plans to study law in the United States, told PTI.
“For my other friends, a change in choice of country can work but for me it cannot considering the long term plans. Every country has different legal system and it requires different knowledge to practice as a lawyer. I don’t have the option. However, I feel the ultimate cost will further shoot up till I land there and ultimately graduate,” he added.
The rupee hit a fresh all-time low this week touching the 80 mark against the US currency.
According to official statistics, over 13.24 lakh students from India went abroad for higher studies with maximum of them heading to USA (4.65 lakh) followed by Canada (1.83 lakh), UAE (1.64 lakh) and Australia (1.09 lakh), among others.
Arijit Sanyal, MD and CEO, HDFC Credila believes a depreciating rupee would indicate a rise in the cost of education for an Indian student aspiring to study overseas.
“From an education loan lender’s perspective, this would result in larger ticket sizes as a borrower would need to avail a higher amount to cover overarching expenses, including the tuition fees and ancillary costs. However, a borrower who is at loan repayment stage during this time might find it easier to mobilise funds, if they earn in dollars,” Sanyal said.
Tuition fees and living expenses constitute the two main components of students’ expenses when studying abroad. The rupee facing a losing streak translates to increased fees and cost of living as a dollar would cost more in terms of rupee than earlier.
According to Prashant A Bhonsle, founder of Kuhoo Fintech, an online student loan platform, the costs are much higher for students planning to study in the USA as now they have to pay the tuition fees and living expenses in dollars while the euro and GBP have appreciated against the rupee and, as a result, have reduced the cost of education for Indian students in the UK and Europe.
“It is good news for the Indian students who passed out and started working and earning dollars and sending the money back to India either to pay their loans or expenses in India,” he said.
Historical data comparison can capture the significant increase in burden propelled by the rupee’s dropping value. An Indian student, who paid a fee at an exchange rate of around 65 rupees per dollar in 2017, might end up paying 77-80 rupees per dollar now.
Avinash Kumar, Founder, Credenc.Com said the cost of everything, from tuition fees to living expenses to travel tickets, increases every time the rupee tumbles by certain points.
As per the most recent fall, Rupee has touched 79.83 against the US dollar, so for a student whose one-semester fee was USD 40,000 earlier paid Rs 29.52 lakh in Jan 2022 when 1USD=73.8 INR, today has to pay Rs 31.92 lakh. With living expenditure of around USD 9000 per semester (INR 7,18,000) and travel expense (INR 90,000 to INR 1,00,000) you are looking at a whopping expenditure of Rs 41 lakh for one semester, he explained.
Study abroad consultants feel that studying abroad is a well thought decisions and is not likely to change quickly.
“Most of the students who are taking loans are taking according to the fees. So if the fees increase in rupee terms the lenders do consider it and increase the sanctioned amount. In fact, students who had taken a loan 2-3 years back can pay it back easily with their earnings in dollars,” Sumeet Jain, Co-founder, Yocket, a platform for study abroad aspirants.
Similarly, Saurabh Arora, Founder and CEO, University Living, global student accommodation managed marketplace, said students are still choosing to go abroad it’s just that they are choosing to go to new destinations where the tution fees, the standard of living and the cost of living is a little cheaper like France, Germany, Portugal, Italy, Spain.
Vibha Kagzy, Founder and CEO, ReachIvy.Com, believes that since even after the pandemic, students’ aspirations to study abroad have gotten bolder than ever and it is unlikely that this will be dampened by the exchange rates.
“Changes in the global economy are the norm. The US has been a study abroad choice owing to ease of communication in English and an abundance of opportunities. European countries have also caught up and are at par. Arguably, their tuition is more attractive as are their financial support options,” she said. (PTI)