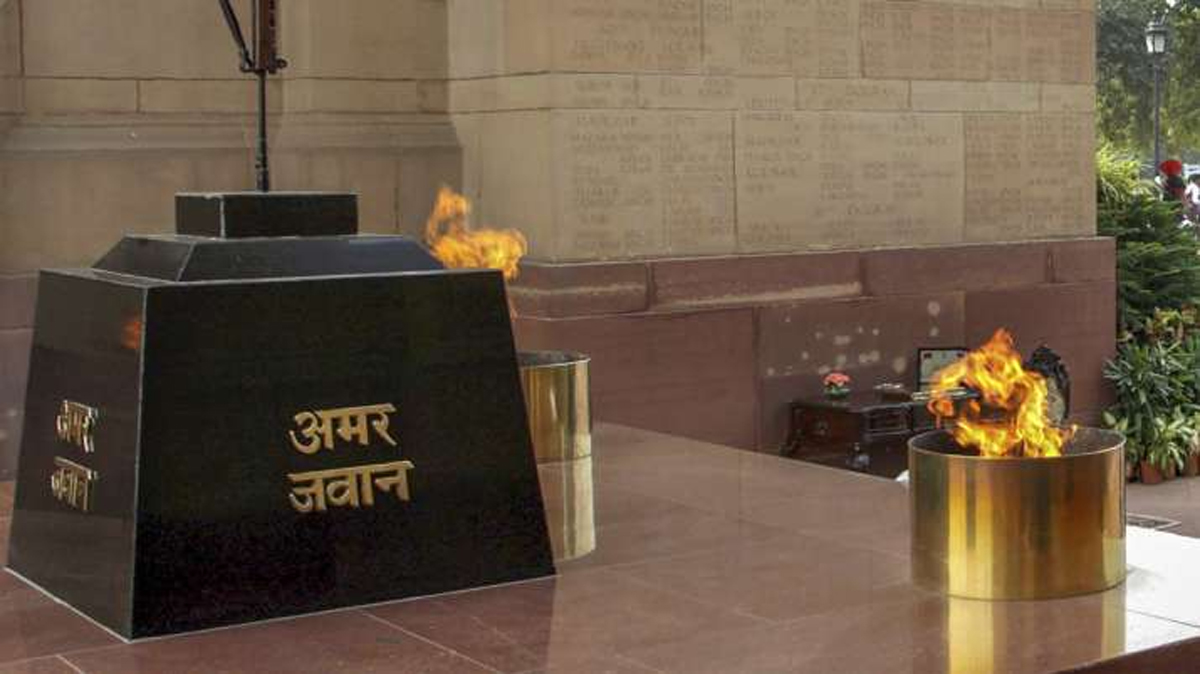 NEW DELHI, Jan 21:
The eternal flame of the Amar Jawan Jyoti is not being extinguished but being merged with the flame at the National War Memorial, Government sources clarified tdoay after objections were raised by the Congress led by Rahul Gandhi.
“The names inscribed on the India Gate are of only some martyrs who fought for the British in the World War 1 and the Anglo Afghan War and thus is a symbol of our colonial past,” sources said, adding it was an odd thing to see the flames burn to pay homage to the martyrs of the 1971 War among others but none of their names mentioned on the Gate.
“It is ironic that people who did not make a National War Memorial for 7 decades are now making a hue and cry when a permanent and fitting tribute is being made to our martyrs,” a source in the government said after objections raised by Rahul Gandhi.
There is lot of misinformation circulating regarding the flame of the Amar Jawan Jyoti, the source added.
Sources said that the names of all Indian martyrs from all the wars, including 1971 and wars before and after it are housed at the National War Memorial adding “it is a true shraddhanjali to have the flame paying tribute to martyrs there.”
The former Congress chief slammed the Government for planning to extinguish the Amar Jawan Jyoti.
“It is a matter of great sadness that the immortal flame that used to burn for our brave soldiers will be extinguished today. Some people can’t understand patriotism and sacrifice ” never mind” We will once again light the Amar Jawan Jyoti for our soldiers,” Rahul Gandhi tweeted earlier.
The Amar Jawan Jyoti at the India Gate will be merged with the National War Memorial flame in a ceremony at 3 pm on Friday.
The merger will end the system of two separate flames to honour country’s fallen heroes.
The moment marks a transition in the history of India Gate memorial where the Amar Jawan Jyoti flame has been burning since 1971. (UNI)