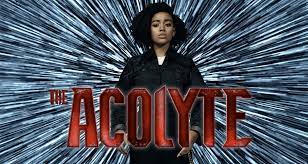 Los Angeles, Dec 9: Actor Amandla Stenberg is in negotiations to take on the lead role in upcoming “Star Wars” series “The Acolyte”.
Set up at streaming service Disney Plus, the show comes from Leslye Headland of “Russian Doll” fame.
Details on the character Stenberg would play are being kept under tight wraps, reported Variety.
“The Acolyte” is a mystery-thriller that will take the audience into a galaxy of shadowy secrets and emerging dark side powers in the final days of the High Republic era.
Stenberg, who identifies as non-binary, broke out on Hollywood scene after playing Rue in the 2012 movie “The Hunger Games”.
They have since gone on to star in films like “The Hate U Give”, “The Darkest Minds”, “Everything, Everything” and most recently “Dear Evan Hansen”. (PTI)