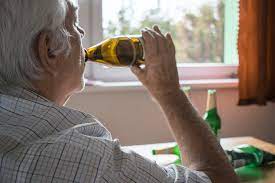 York (UK), Dec 9: Deaths from alcohol in 2020 were up almost 19 per cent compared with the previous year, according to the latest figures published by the Office for National Statistics (ONS).
In total, 8,974 deaths resulting from alcohol misuse were recorded in the UK in 2020. This is the largest single-year increase since the ONS started collecting this data in 2001.
As in previous years, there were significant gender differences: twice as many men as women died as a result of alcohol. The highest number of alcohol-specific deaths were recorded in Scotland and Northern Ireland. In England, the West Midlands and South West reported the highest increases in rates.
It will take some time to fully understand why there’s been such a significant rise in deaths from alcohol in 2020. But these statistics are worrying, especially considering what we currently know about how the pandemic has changed our relationship with alcohol.
Drinking habits The pandemic, and associated lockdowns, caused many people’s relationship with alcohol to change. Although overall sales fell during 2020 due to pub and restaurant closures, there was a significant rise in supermarket sales of alcohol.
And while some people may have drunk the same or less than they normally would have, reports from Public Health England show an almost 59 per cent increase in people who said they were drinking at higher risk levels – around 50 units of alcohol a week for men, and 35 units for women.
These levels of consumption are linked with a range of conditions, including cancers, heart disease and liver failure.
Experts have never been more important. Help us raise their voices.
Many people also began drinking strong forms of alcohol (such as wines or spirits) during the pandemic. This is worrying, given these are also linked to a greater risk of developing health problems such as cancer, coronary heart disease and psychological dependence.
There are many complex reasons why the pandemic may have changed our relationship with alcohol. Of particular concern is the impact the pandemic has had on mental health, with some even attributing increases in alcohol consumption to experiences of loneliness, depression and anxiety.
Many people may have turned to alcohol to help them cope with their mental health.
Previous research shows us that people with common mental health disorders (such as depression and anxiety) are twice as likely to report an alcohol use disorder than those without.
While many people may have used alcohol during the pandemic to cope with poor mental health, this short-term relief could lead to longer-term risks to both mental and physical health. Given the rise in reported mental health problems during the pandemic there is the real possibility that they will contribute to the alcohol death toll.
Long-term strategies
The trend in rising alcohol-specific deaths points to the urgent need to invest in not only treatment, but also in treating the root causes of alcohol problems – such as mental health.
The number of people receiving specialist alcohol treatment has been in decline since 2014 – though there has been no less demand for treatment. But significant budget cuts in recent years have meant that specialist services are less equipped to provide help to those who need it – and the biggest cuts have also been seen in areas with the highest levels of alcohol-related harm.
Survey data from 2020 also suggests that there was still a significant need for treatment among those who were drinking at risky levels. But many weren’t able to access treatment due to changes in the way these services were provided due to restrictions.
Alcohol is recognised as putting substantial pressure on the NHS. But, even in the government’s latest ten-year drug strategy – which has pledged £780 million in specialist treatment for drug problems – there are no plans to update dedicated treatment strategies for alcohol problems.
Given the latest data from the ONS on alcohol-specific deaths, there’s a real need to ensure there is a dedicated treatment strategy for alcohol problems, too.
There are no quick fixes when it comes to reversing the rise in harm that alcohol is causing, including fatalities. While Scotland, for example, has introduced minimum unit pricing for alcohol to reduce harm, there is currently no evidence it has reduced alcohol-specific deaths despite reducing consumption.
This is why there is currently a campaign to reduce the stigma associated with problem alcohol use, which is recognised to play an important role in seeking help.
But while this might be a step in the right direction, there’s still a need for long-term strategies throughout the UK that aim to understand the risk factors for harmful alcohol use, and implement strategies that work in both reducing harmful use and deaths from alcohol.
It’s also important that specialist help is provided to those that have a problem with alcohol, and that strategies also seek to prevent problems from developing.
The ONS data also showed that those living in the most deprived areas are three times more likely to suffer alcohol harm (including deaths) compared to those living in the most affluent areas. Tackling wider issues of inequality – such as poverty, education, housing and unemployment – are critical in reducing both the uptake in risky levels of alcohol consumption as well as the fatal outcomes this yields. (The Conversation)
(AGENCIES)