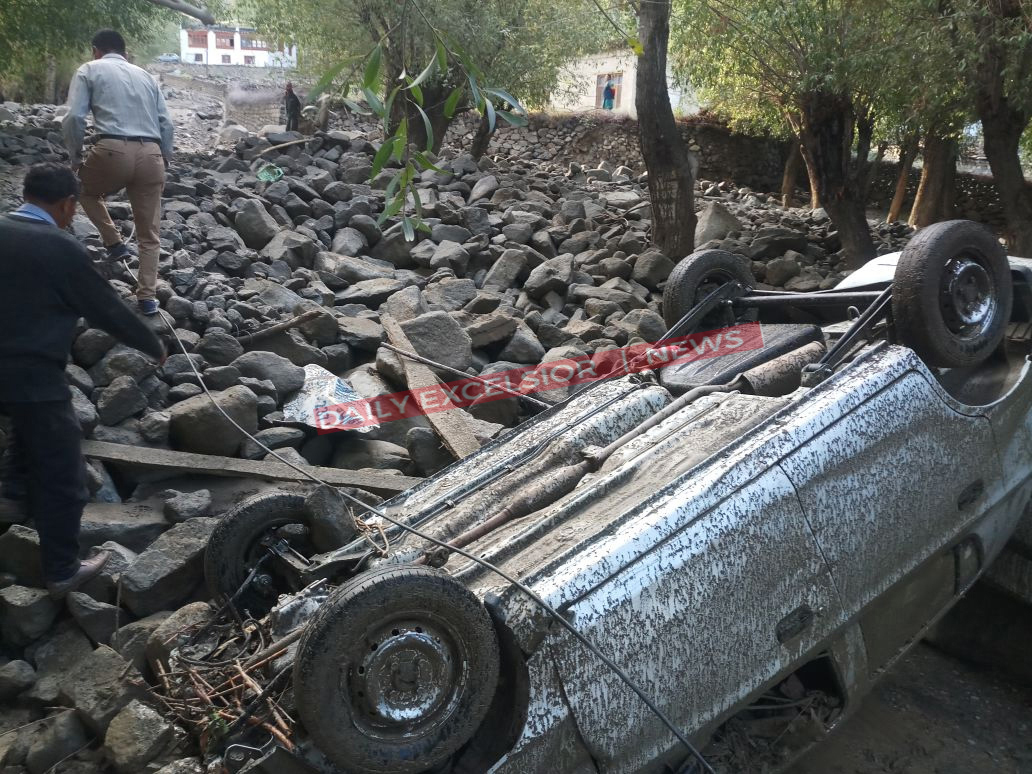 Sanjeev Pargal
JAMMU, Aug 3: Shri Amarnath Ji Shrine Board (SASB) and Crime Branch of Jammu and Kashmir Police have been investigating in what could be a major ticket scam used to cheat pilgrims of the holy cave shrine of Shri Amarnath Ji as use of letter heads of Union Civil Aviation Ministry and a Lok Sabha member of the BJP by a private Airlines has also surfaced.
As against Rs 5500 (both ways) rate of the helicopter tickets from Pahalgam to Panchtarni and back, a group of 47 people from Hyderabad, were charged Rs 8500 per person but still they were given just 18 tickets instead of agreed 47 and that too from Baltal route, where the fair per person is just Rs 3200, using the letter pads of Ministry of Civil Aviation, Government of India and BJP Lok Sabha member from Robertsgunj, Uttar Pradesh, Chote Lal, by an Airlines, which was not authorized to deal with the yatra tickets.
Mystery shrouded the use of letter heads of the Union Ministry of Civil Aviation and BJP Member Parliament by a private airlines company to get 18 priority tickets from Shri Amarnath Shrine Board notwithstanding the fact that the company, Go Choppers Private Limited, had charged Rs 8500 per person from the group of 47 people from Hyderabad for arranging tickets for them on Pahalgam route, well in advance.
A copy of the letterhead of CM Sharma, Additional Private Secretary to Minister of Civil Aviation, which is in possession of the Excelsior, dated June 20, 2018, sought 10 priority tickets for Mahender Kumar and family members from Shri Amarnath Ji Shrine Board.
Similarly, the copy of the letter head of BJP MP from Robertsgunj, Chote Lal was also dated June 20 and sought eight priority tickets for Kamal Kumar for July 5.
The letter head of Government of India, Ministry of Civil Aviation has been signed by CM Sharma, Additional Private Secretary to Minister of Civil Aviation while that of Chote Lal was signed by Brijesh Singh, Private Secretary.
Authenticity of the letter heads is yet to be ascertained, official sources said.
Excelsior tried to approach CM Sharma for his comments and genuineness of the letterhead but an attendant at his office said he had left and will be available only on Monday. Chote Lal too didn’t respond to the calls. The numbers of Go Choppers on its website also went unattended.
While Shri Amarnath Shrine Board officials confirmed to the Excelsior that they have ordered an internal inquiry into the matter, Additional DG Security, Munir Khan to whom the victims had gave detailed representation, told the Excelsior that since the matter pertained to inter-district and inter-State, he has referred the case to the Inspector General of Police, Crime Branch.
“We are conducting an internal inquiry into the matter. Every aspect is part of the investigations,’’ the SASB sources said.
Sunil Sharma of Hyderabad told the Excelsior on phone from his home town today that he and other people of Telangana’s capital City had booked 47 air tickets through Go Choppers Private Limited, New Delhi, though it was not an official airlines for ferrying pilgrims to Shri Amarnath Ji shrine, at the cost of Rs 8500 per passenger (both ways) for Pahalgam-Panchtarni route, where the Shrine Board has authorized fare of Rs 5500 per person (both ways) and the same rent on Baltal route was Rs 3200 per person.
“The tickets had been booked for three days—July 5, 6 and 7,’’ Vijay said, adding they had deposited Rs 3,99,500 in the account of Go Chopper on June 14 through the Punjab National Bank. The receipt is in the possession of the Excelsior. The Company had agreed to give them all 47 tickets at New Delhi on July 1.
However, Sunil said when they asked for tickets at Delhi, they were told by the Company that the tickets will be delivered at Srinagar.
“We reached Pahalgam and approached the handler, who adopted dilly-dallying tactics and we keep shuttling between Pahalgam and Srinagar. We were given letterheads of the Union Civil Aviation Ministry and MP Chote Lal on the basis of which we got 18 tickets of Baltal route for which fare is just Rs 3200 (both ways) but we had been charged Rs 8500 per person,’’ Sunil said, adding that even six out of 18 tickets were on Xerox copy while two were on the names of some other pilgrims.
Finding no way out, Sunil said, they approached the handler of Go Choppers Services Private Limited to refund their money but they neither gave them tickets nor returned the money in Srinagar.
“On return to Hyderabad, most of Go Choppers’ staffers with whom we were dealing right from booking of tickets, blocked our mobile phone numbers or didn’t pick up our calls. It was only after, we lodged our complaint with the Additional DG Security in Srinagar that the Company just returned Rs 1.18 lakh to us,’’ Sunil said, adding they were still waiting for return of around Rs 3.81 lakh from the Company but they were not responding to the calls.
He said they were planning to lodge a First Information Report (FIR) with police in Hyderabad now.