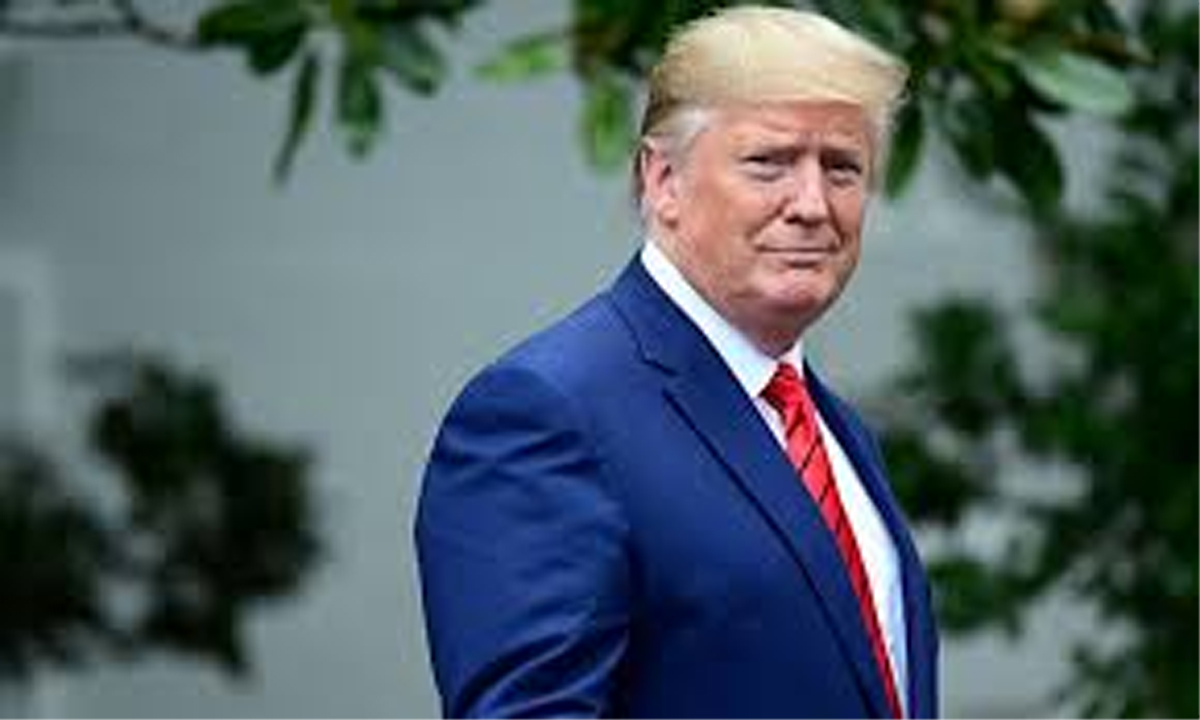 WASHINGTON, Sept 30: Top aides to Donald Trump sought Sunday to turn the tables on Democrats pushing for his impeachment, insisting the president was the true “whistleblower” in urging Ukraine to investigate the son of rival Joe Biden for corruption.

Trump’s Republican allies have closed ranks as he battles the deepest crisis of his presidency, flatly denying he abused his power and seeking to discredit the anonymous whistleblower who exposed the scandal.

“This individual is a saboteur trying to undermine a democratically elected government,” he said.

“Getting to the bottom of a corruption scandal in Ukraine is in the American national interest.”

Trump’s personal lawyer Rudy Giuliani — who has emerged as his point man in the Ukraine scandal — led the charge along with Miller in a series of combative Sunday talk show appearances.

Brandishing what he said were affidavits incriminating Biden’s son Hunter over his work at a Ukrainian company, Giuliani said Trump was duty bound to raise the issue with Kiev.

“If he hadn’t asked them to investigate Biden, he would have violated the constitution,” Giuliani told ABC’s “This Week,” charging that “Donald Trump was framed by the Democrats.”

Trump and his allies claim Biden, as Barack Obama’s vice president, pressured Kiev to fire the country’s top prosecutor to protect his son Hunter, who sat on the board of a gas company, Burisma Holdings, accused of corrupt practices.

Despite the questionable optics, those allegations have largely been debunked and there has been no evidence of illegal conduct or wrongdoing in Ukraine by the Bidens.

But a transcript of the July 25 call shows Trump pushing for Kiev to revisit the matter, saying both Giuliani and US Attorney General Bill Barr would be in touch.

For Democrats, that amounted to a smoking gun, leading Speaker Nancy Pelosi to finally approve an impeachment process she opposed as a risky distraction from the 2020 battle.

Trump insists he did nothing wrong, denouncing a new “witch hunt” and demanding the resignation of lawmaker Adam Schiff, who is leading the probe in Congress.

Between Saturday night and Sunday morning, the president retweeted dozens of news clips of conservatives defending his conduct — along with a video ominously warning his supporters that “our country is at stake like never before.”

Democrats have charged aggressively into the inquiry, ordering Secretary of State Mike Pompeo to turn over Ukraine-related documents and scheduling witness testimony.

On NBC’s “Meet the Press,” Schiff said he was “urgently” investigating all aspects of the Ukraine affair, including whether Trump withheld millions of dollars in aid as leverage — although he expected the White House to “fight us tooth and nail.”

“Fox News Sunday” anchor Chris Wallace — who has publicly criticized Fox colleagues for echoing the White House line on the scandal — reported that Trump had overridden the Pentagon, State Department, and National Security Council in deciding, alone, to withhold aid.

He also reported Giuliani had been working “off the books” with two Washington lawyers to damaging obtain information about Biden from Ukraine — an allegation denied by Giuliani.

Asked if he planned to cooperate with Schiff’s probe, Giuliani equivocated, saying he would only testify if asked to do so by Trump.

The House Intelligence Committee chairman said he had yet to decide whether to call on Giuliani.

But Schiff did say he expected the whistleblower to testify “very soon” — with all precautions taken to protect their identity.

Democrats have said articles of impeachment — formal charges — against Trump could be completed in as little as a month and swiftly voted on in the House, where the party has a majority.

Polls suggest public support is growing for the impeachment inquiry, with a new CBS survey showing 55 percent of Americans — and nine in 10 Democrats — approve.

A separate ABC News/Ipsos poll showed two-thirds of Americans judged Trump’s call to Zelensky to be a “serious issue.” But even if impeachment is approved in the House, Trump would be tried in the Senate — where, for the moment, he appears able to count on a Republican majority to prevent conviction.

One of Trump’s most outspoken Senate defenders, Lindsey Graham, hammered home the party line on CBS’s “Face the Nation.” “I have zero problems with this phone call,” he said. (Agencies)