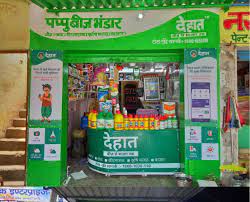 NEW DELHI, Jan 17: Agritech firm DeHaat on Monday said it has acquired agri-input marketplace startup Helicrofter to expand its presence in Maharashtra and other parts of West India.
The company did not disclose the deal value.
Started in 2012 and based in Gurugram (Haryana) and Patna (Bihar), DeHaat is a technology-based platform, offering end-to-end agricultural services to farmers.
It was founded by IIT, IIM and NIT alumni Amrendra Singh, Shyam Sundar, Adarsh Srivastav and Shashank Kumar.
With the integration of Helicrofter, encompassing 2000+ agri-input retailers and 30 sellers across Maharashtra, DeHaat CEO Shashank Kumar said the company has added another major agriculture belt to its geographical footprint.
In October, DeHaat raised USD 115 million in a Series D round of funding, taking the total fundraise to USD 160 million (around Rs 1,200 crore) so far.
Currently, DeHaat said it serves over 7,00,000 farmers across Bihar, Uttar Pradesh, Jharkhand, West Bengal, Odisha, Madhya Pradesh and Rajasthan.
Helicrofter, which was founded in 2020 by Siddhartha Choudhary, has achieved annual revenue of over Rs 50 crore.
Before this, Choudhary was the CEO at DestaGlobal, a farm input e-commerce startup, where he played a critical role in building the complete tech stack for input market linkage and enabling the company to drive revenue.
Choudhary started his career with Monsanto, where he worked as Product Manager for the Cotton and Vegetable business.
DeHaat provides farmers with access to over 3,200 agricultural inputs, combined with AI-based customised crop advisory on pest and disease management, delivered via mobile app and call centres.
The platform also aggregates over 30 crops from farmers on their network and directly supplies it to over 600 commodity bulk buyers, including retail chains, e-commerce players, FMCG giants, and SME food processors.
In the last six months, DeHaat has also integrated financial services into its list of offerings.
DeHaat is backed by investors like Prosus Ventures, Sequoia Capital India, RTP Global, FMO and Omnivore, Sofina and Lightrock.
On the acquisition, Amrendra Singh, Co-founder – DeHaat, said: “We have been consistent with 35-40 per cent growth in our network on a month-on-month basis, and this acquisition will cement our footprint into Maharashtra and thereby the Western part of India”.
This is the third acquisition for DeHaat.
Last year, it acquired FarmGuide, which allowed them to integrate Satellite-based crop advisory solutions for farmers.
DeHaat said it was aiming for a pan India expansion of farmer communities and its micro-entrepreneur network over the next 10-12 months. (PTI)