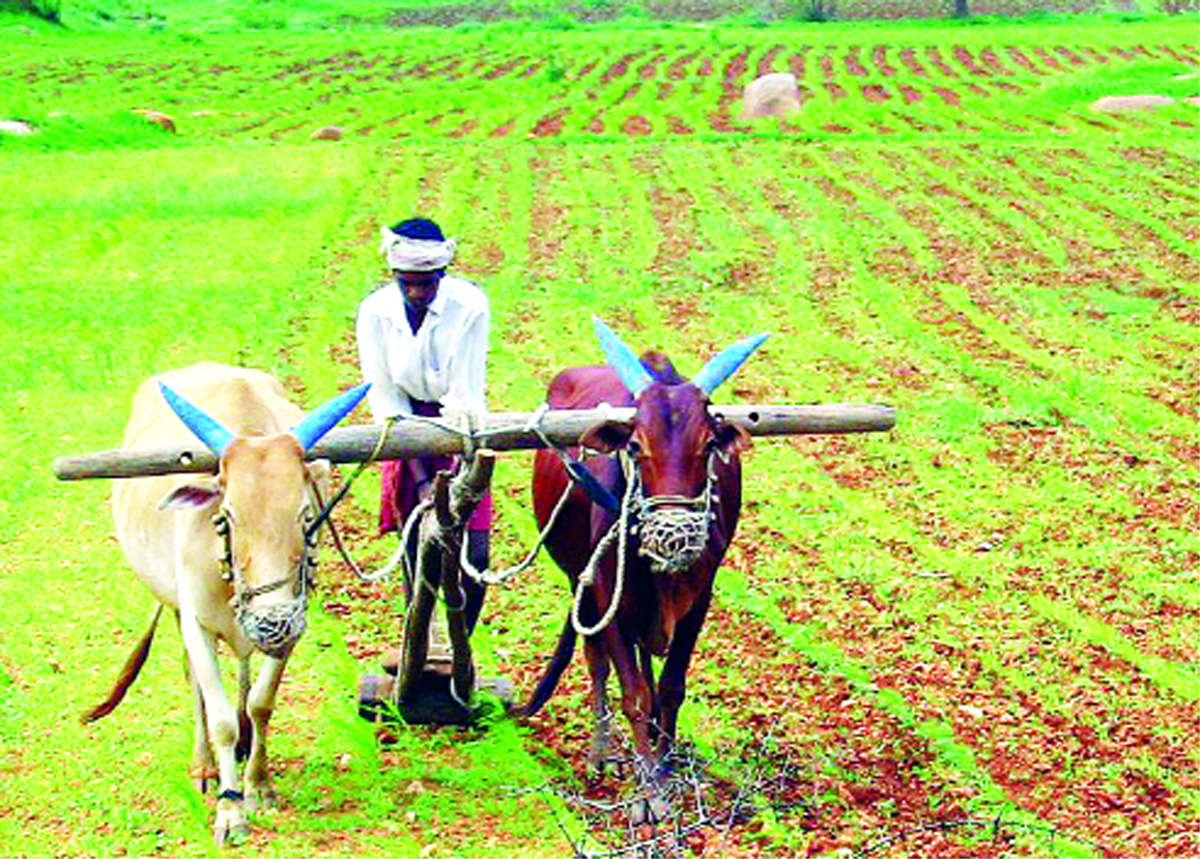 Dr. Pawan Kumar Sharma
While presenting the Union Budget 2019-20, the first full time female Finance Minister of India Nirmala Sitharaman acknowledged the fact that India lives in her villages and therefore announced several innovative schemes for the benefit of Gaon, Garib aur Kisan (village, poor and farmer). The economic survey has highlighted the need for boosting growth in agriculture and allied sectors such as dairy, poultry, fishing and livestock so as to achieve rural prosperity through doubling of farmers’ income. The challenges in agriculture are increasing day by day with fragmentation of agricultural holdings and depletion of water resources.
Agriculture is a state subject in India and it must be so because the policies framed should fulfill the requirements of local farmers and local area. But whether agriculture is taken seriously in state budgets is the question. The states are increasingly become dependent upon central assistance to support agriculture, as they found little resources to spend on agriculture. The Central Government has a huge responsibility of managing the distribution of food grains at every nook and corner of the country which requires proper maintenance of buffer stocks and effective functioning of public distribution system. Therefore, the majority of the new agricultural initiatives implemented at state levels are mainly through centrally sponsored schemes. Rashtriya Krishi Vikas Yojana (RKVY), National Mission for Sustainable Agriculture (NMSA) including Mission for Integrated Development of Horticulture (MIDH) and National Mission on micro irrigation (NMMI), National Mission on Medicinal Plants (NMMP), Accelerated Irrigation Benefit Programmes (AIBP) and National Mission on Agricultural Extension and Technology (NMAET) are the major centrally sponsored schemes contributing to improve ouragriculture at state levels. Even Krishi Vigyan Kendras working at district levels for dissemination of latest agricultural technologies are fully funded by the Indian Council of Agricultural Research.
Therefore, the provisions for agriculture in Union budget are of extreme importance to enable farmers to achieve higher incomes. Recognizing the importance of fisheries in agricultural sector, the Union Budget 2019-20 announced Pradhan Mantri Matsya Sampda Yojana for modernization of fishery sector. The Department of Fishery entrusted with the responsibility of establishing robust fishery management framework after assessing critical gaps in value chain, including modernization, traceability, production, post harvest management and quality control.
It is pretty clear that the focus of the Government is develop agro based entrepreneurship in rural areas for both income and employment generation. Keeping in view the dependence of economy on agriculture and traditional industry, the Scheme of Fund for Upgradation and Regeneration of Traditional Industries (SFURTI) aimed at developing 100 clusters (bamboo, honey and khadi) in the year 2019-20, comprising of 50000 artisans. Under the scheme, common facilitation centres will be established to make village industries more productive, profitable and capable for generating sustainable employment. Further, in order to improve the technology of such clusters, 18 livelihood business incubators and 20 technology business incubators are planned to setup in 2019-20 under the scheme for promotion of innovation, rural industry and entrepreneurship for development of 75000 skill entrepreneurs in agro-rural industry sector. Besides, ensuring investment in agricultural infrastructure, the budget advocated development of private entrepreneurship for managing value addition of farmers’ produce, including agriculture, bamboo, timber and renewable energy. The role of farmers is believed to be raised from Anna datta (Food provider) to Urja Datta (Energy provider).
The role of cooperatives in dairy sector will be enhanced through infrastructural development for cattle feed manufacturing, milk processing and marketing.
The farmers were acknowledged for making the country self sufficient in pulses. The country’s annual production of pulses was 16.35 million tonnes in 2015-16 against the annual demand of 22 million tonnes. With the efforts of the farmers, India has achieved 22.14 million tonnes of pulses production in the year 2017-18. However, again the farmers have been entrusted with the responsibility of making country’s self sufficient in oilseeds, for which the deficit at present stands at around 11 million tones and thus helps in reducing import bill of the country.
In order to bring in the economies of scale in agriculture, the target was setup to form 10,000 Farmers Producer organizations. Besides, recognizing the role of women by stating ‘Naari tu Narayaani’, the Finance Minister extended Women Self Help Group (SHG) Interest Subvention Programme to all across districts in India for developing entrepreneurship among rural women. The budget emphasized on extending the concept of Zero budget farming through implementation of schemes such as Parampragat Krishi Shiksha Yojana.
The important aspect of budget was the recognition of the fact that upgradation of rural markets need road network and therefore under phase III of Pradhan Mantri Gram Sadak Yojana, all weather connectivity will be provided to every village. Moreover, the roads are planned to be developed using green technology, waste plastic to reduce footprints.
However, the efforts discussed in the budget needs to be implemented in an holistic manner to achieve higher productivity and income for farmers through adoption of resource-efficient climate reselient agriculture for ensuring sustainable development.
feedbackexcelsior@gmail.com