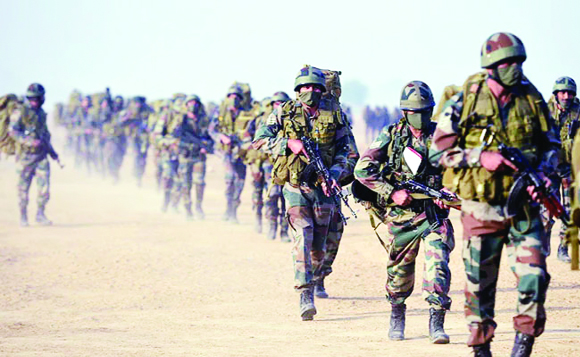 The Daily Excelsior is reproducing an article by Shekhar Gupta in connection with the Agnipath Scheme launched by Government of India. The article was earlier published in India Today Magazine dated Feb 28, 1989. (Editor)
This is the essence of defence planning: how to get the ideal equation of fat and fire, teeth and tail. Or how to organise military manpower to obtain the loudest bang for the taxpayer’s buck.
This is the essence of defence planning: how to get the ideal equation of fat and fire, teeth and tail. Or how to organise military manpower to obtain the loudest bang for the taxpayer’s buck.
In India the question has become a nightmare. Today, in terms of the average age of men, the army is one of the oldest in the world – with a poor teeth-to-tail ratio. In short, it has too many people who are too old to fight effectively and too many who don’t fight.
Generals have a ready reckoner: divide the strength of the army with the number of fighting divisions, then subtract the average strength of a division. The remainder should roughly give the fat, or non-fighting element per division. In India’s case, 11 lakh is divided by 41, the total number of divisions (taking four independent brigades as a division). The divisional slice thus arrived at is 26,829. If 18,000-the average strength of an Indian division – is subtracted from this, the fatty element comes to a shocking 8,829 for each division. For Pakistan it is 2,307, and for China just over 1,000.
In 1977, the then army chief General T.N. Raina had set up a committee under Generals K.V. Krishna Rao, K. Sundarji and M.L. Chibber to study the question. “We sorted things out till we were down to bare bones,” says Lt-General Hridaya Kaul, explaining that pruning had mainly been done from supply, ordnance and medical corps and, with better technology coming in, from signals. But the fact that the army still wags such an unwieldy tail suggests more can be cut. Lard still exists in the army’s static formations – sub-area headquarters and regimental centres. Says Sreedhar, an expert at the Institute of Defence Studies and Analysis: “There is a feeling that there is an organisational flabbiness of 60,000 to 1 lakh people.” The crux of the problem is not mere numbers but also ages.
Today a large number of j a wans are in their 30s and officers are getting command much later than in the past. “The age factor has become worrisome. Ideally, a commanding officer (CO) should be in his mid-3 0s when he is at the peak of his physical and mental fitness. This is no longer thecase with thearmy,”says G.C. Katoch, a former financial advisor to the Defence Ministry and now a prolific defence writer. He points out that earlier a CO, the cornerstone of the combat wing, was 35-38 years old. Today they are closer to 45. The consequences are evident from the army’s own analysis of the operations in Sri Lanka-where many older COs were found wanting.
Ageing COs leading ageing jawans into battle is not a prospect to enthuse any commander. Says Lt-General K. Balaram, a former adjutant-general: “So far we haven’t come adrift. But things are not very good.” He points out that smarting under the Himalayan debacle of 1962, India expanded its forces from 2 to 8.5 lakh between 1963 and 1967. Consequence: the troops were in the prime of youth when war began in 1971. Contrarily, the Pakistani Army had undergone expansion in the late ’50s. If then India won with a younger force, the equation has reversed today. Pakistan’s post-Bangladesh expansion began in the late 70s. So the greening of the Pakistani Army is now coinciding with the greying of India’s.
The real problem remains the 1963-67 recruitment spree. The bulge was perpetuated as the Government progressively increased the jawans’ retirement ages from seven years in the pre-1965 period to 17. As a result not only has the proportion of older jawans gone up, the number of soldiers retiring every year has suddenly shot up in the ’80s, steeply increasing the pension burden.
The brass is worried. It is already reconsidering a proposal first made in 1985 that:
* Recruits in the combat units would serve for seven years, roughly till the age of 25;
* Those recruited for technical, skilled jobs would serve till 55;
* Of the combatants who complete seven years, roughly half would be reabsorbed in semi-skilled technical grades as drivers and radio-operators.
The problem is assuring re-employment to soldiers who retire at the age of 25-26 because it would be dangerous to let loose on the streets thousands of jobless young men with military training. But that is not the only reason why the Home Ministry has opposed the scheme. Ultimately these men could only be absorbed in paramilitary forces. And North Block is not inclined to lose that avenue of patronage.
However, the current situation calls for hard decisions. For the fighting ability of an army does not depend only on the kind of weaponry it wields. Ultimately, it is the man behind the machine that counts. 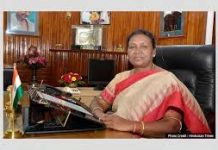 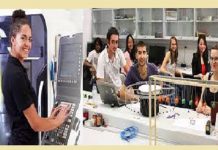 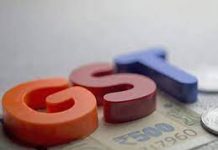 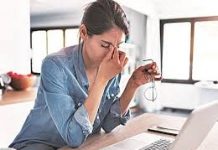