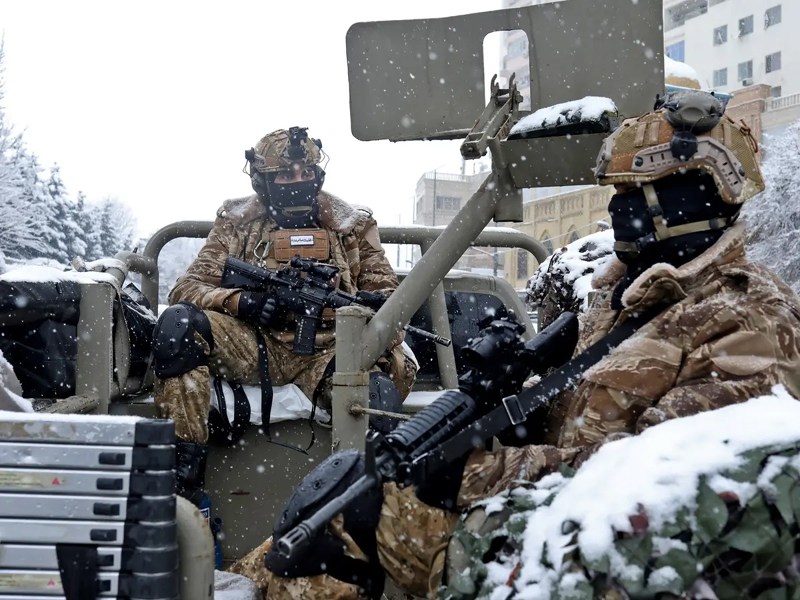 ISLAMABAD, Feb 18:  Afghanistan’s Taliban rulers have detained several British citizens and an American, including a former freelance television journalist who has been coming to Afghanistan for more than 40 years, both governments and a family member say.

A statement from the British government this week said there are a number of British nationals currently in Taliban custody. While the government refused to release their identities, Hassina Syed, the wife of Peter Jouvenal, a former freelance cameraman turned businessman, told The Associated Press, her husband was taken on Dec 13.

And US National Security Adviser Jake Sullivan told CNN’s “State of the Union” on Sunday that Washington was “actively working” to get the American released from Taliban custody. He refused to say more, citing the “sensitivity of it”.

The American detainee and at least four other British nationals in custody remain publicly unidentified. It was not clear how many were detained together.

Speaking to The AP by phone from her home in London, Syed, an Afghan, said her husband was in Afghanistan investigating business opportunities, including investment in lithium mining. Afghanistan is rich in lithium, a key component of energy-storage batteries. He was travelling alone and not associated with the other detainees, she said.

Jouvenal had worked as a freelance cameraman during the 1980s Soviet invasion in Afghanistan and followed the country through its many wars. He married Syed and they have three daughters.

Jouvenal, who speaks both Pashto and Dari, Afghanistan’s two official languages, had held several meetings with the Taliban’s mining ministry before being detained in December, Syed said, including with the minister.

No charges have been filed and until his detention, Syed said, Jouvenal had been careful to stay in regular contact with the Taliban authorities to ensure that they were aware of his activities and movements.

In the mid 2000s, Jouvenal owed and operated the Gandamak Restaurant and guest house in the Afghan capital, which had become well known among the many journalists who traveled to Afghanistan during the US-led invasion that toppled the Taliban government in 2001.

The Taliban did not respond to requests for comment on the foreign nationals and on Jouvenal in particular.

In a statement, the British foreign office said the detention of British nationals is being discussed with the Taliban.

“UK officials have raised their detention with the Taliban at every opportunity, including when a delegation travelled to Kabul last week,” the British foreign office said in a statement earlier this week.

There’s been no explanation for the detentions.

Syed said her husband was alone and was not travelling with the other men who have been detained.

The Taliban have made it clear that Afghans without proper documents would not be allowed to leave the country.

Syed said she feared her husband may have gotten caught up in a Taliban investigation into attempts to secretly transfer Afghan nationals out of the country.

But Syed said she, too, was planning to return to Afghanistan after her husband’s initial trip looking for partners in mining ventures. Together they planned to establish joint ventures.

In the telephone interview, Syed expressed fear for her husband’s welfare but also frustration with the Taliban administration.

“They say they want foreign and Afghan businesspeople to come to Afghanistan, to invest in Afghanistan, but why will anyone want to invest if they cannot be certain of their safety?” she asked. (AP)