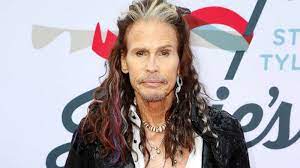 Los Angeles, July 4: Iconic rock band Aerosmith’s frontman Steven Tyler has come out of rehabilitation facility and is doing “extremely well”.
Tyler had entered a treatment facility in May after he relapsed following 10 years of sobriety.
“He’s doing extremely well and looking forward to being back on stage,” the vocalist’s representative said in a statement to People magazine.
The singer checked out of the facility earlier this week and stayed longer than the required 30 days.
Aerosmith had to cancel their Las Vegas residency in May due to Tyler’s relapse.
“Thank you for your understanding and for your support for Steven during this time… We are truly sorry to inform our fans and friends that we must cancel our first set of Las Vegas residency dates this June and July while he focuses on his well-being,” the band had said in a statement released on Twitter.
Tyler first opened up in 2019 about the time his band had to send him to rehab to get rid of a habit in 1988. (PTI)