NEW DELHI, Nov 17: The recently appointed Advisor to the Governor of Jammu & Kashmir, K.K. Sharma, currently on his maiden visit to the union capital after taking over the new assignment, called on Union Minister of State (Independent Charge) Development of North Eastern Region (DoNER), MoS PMO, Personnel, Public Grievances & Pensions, Atomic Energy and Space, Dr Jitendra Singh and discussed a wide range of issues related to development projects in the State as well as Govt of India’s priority programmes.
While appreciating the expediting of various project works during the Governor’s regime, Dr Jitendra Singh observed that a number of Central Schemes which were lagging behind have also gained momentum in the recent weeks.
Dr Jitendra Singh impressed upon K.K. Sharma, who is also holding the charge of Science & Technology, to fast-track the policy for the implementation and execution of Solar power projects in the State. He said, all over the country, including in the Northeast, Solar installations have been taken up in a big way and there is no reason why Jammu & Kashmir should be lagging behind, particularly when there is also a provision for subsidy on such projects. He impressed upon a work-friendly approach which could encourage young entrepreneurs to come forward. Promotion of Solar power in the State would not only be cost-effective, but could also meet the emerging energy needs in the region, he added.
During the discussion, the issue of PMGSY roads also came up which fall in the purview of the Department of Rural Development under the charge of Advisor K.K. Sharma. Dr Jitendra Singh pointed out from his experience in the DISHA meetings of different districts that the two most common factors responsible for the PMGSY roads not getting completed within the stipulated timeline are delay in obtaining forest clearance and secondly, issues related to compensation to be given to the Forest Department. He suggested that a time-bound mechanism could be evolved to meet both these challenges.
Dr Jitendra Singh hoped that with the taking over of K.K. Sharma as Advisor, the Solid Waste Management Projects across the State will also gain momentum because there had been a relatively slow progress in the past.
Sharma also updated the Minister about the measures taken by the State Government to deal with the situation arising out of heavy rainfall in the Kashmir Valley as well as the compensation to apple growers and other affected sections.
In the Power Sector, Sharma spelt out different options being worked out to meet the problem of frequent breakdown of transformers and fast execution of rural electrification. 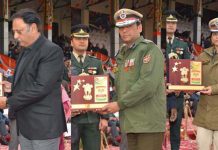 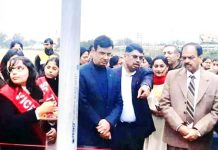 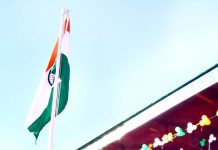 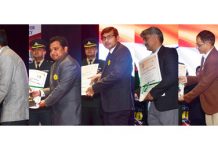