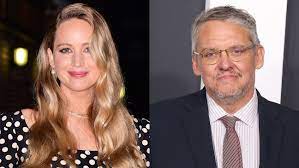 Los Angeles, Dec 8: Filmmaker Adam McKay’s upcoming movie “Bad Blood”, starring Jennifer Lawrence, has been picked up by Apple Original Films.
McKay will write, direct and produce the film, which will feature Lawrence as Theranos founder Elizabeth Holmes.
Theranos was once one of Silicon Valley’s most promising startups, with its multi-billion dollar valuation and promises of a blood testing system that claimed to be able to perform complex tests with just a drop of blood.
The company, which was at one point worth USD 9 billion, lost trust with the public after an investigation by The Wall Street Journal poked holes in its claims about its new blood testing system.
The movie is based on “Bad Blood: Secrets and Lies in a Silicon Valley” from Pulitzer Prize-winning investigative journalist John Carreyrou, who broke the initial story.
“Bad Blood” will be produced by Apple Studios, in association with Legendary Pictures.
McKay and Lawrence are currently getting praise for their first film together — “Don’t Look Up”.
Also starring Leonardo DiCaprio, the movie follows two low-level astronomers who attempt to warn everyone about an approaching comet that will destroy Earth.
The film also features Meryl Streep, Cate Blanchett, Timothee Chalamet, Tyler Perry, Mark Rylance, Jonah Hill, Ariana Grande and others. It will debut on Netflix on December 24. (PTI)