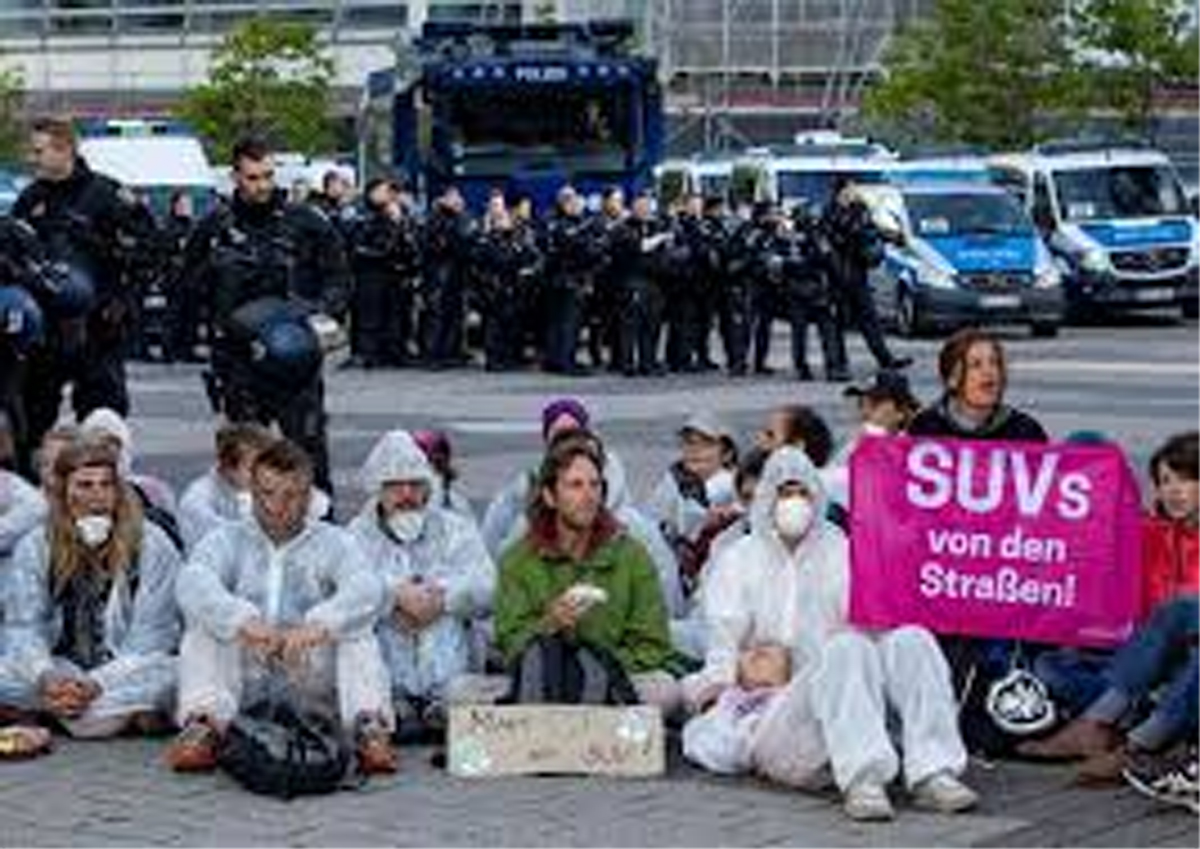 FRANKFURT (Germany), Sept 15: Activists blocked the main entrance to the Frankfurt Motor Show on Sunday in a protest against what they call the “climate and environment destroyers” produced by the auto industry.

Hundreds of people wearing white protective suits sat or stood in front of the grounds where the auto show is being held. The demonstration was organised by an alliance of groups called “Sand im Getriebe”  roughly “spanner in the works.”

Other entrances to the show, which opened to the general public on Saturday and runs until September 22, remained open.

The show already attracted a demonstration by thousands on Saturday, many of whom cycled into the city along highways temporarily closed for the occasion. Police put turnout for that protest at 15,000, while organizers said 25,000 participated.