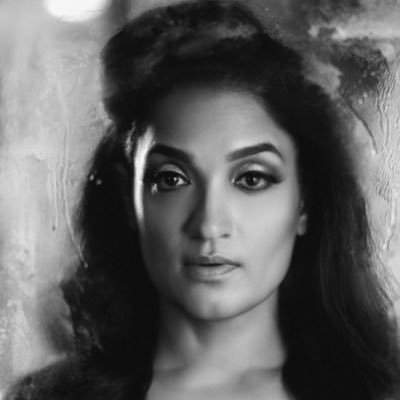 MUMBAI: Do less, but better has been Sandhya Mridul’s philosophy in life, which the actor says has helped her in establishing herself as a versatile performer.

Sandhya, who started her journey as an actor in 1994 with popular TV show “Banegi Apni Baat” and went to become one of the most acclaimed faces on television with “Swabhimaan” and “Koshish”, believes in letting her creativity “breath”.

“When I did TV, I chose the best I could. I didn’t do every show that was offered to me. I love acting too much. I don’t want to be on a set just to make money or just because I don’t know what else to do with my life.

“I need to create and that creativity needs to breath. It’s possible only by not overcrowding myself with the work I don’t want to do,” the actor said in an interview.

In early 2000s she decided to make a switch to films as she was being pigeonholed on small screen. Her breakthrough in movies came with Shaad Ali’s 2002 feature “Saathiya”, post the success of which she went on to star in Madhur Bhandarkar’s “Page 3”.

The acclaim the film and her performance received, however, made it challenging for the actor to break out from the image of a “bold girl”.

“I was this ‘bindas’ girl, but I said ‘no, I’m not going to play this girl again give me something else’. I just have one thing in mind that whenever I come on screen, I do something good and with complete dedication. Because in the end, when I go from this world, I want a versatile resume. Acting is not my work, it’s my passion,” she said.

Her latest acting gig is ALTBalaji and Zee5’s comedy-drama series “Mentalhood”, and Sandhya said she decided to come on board the show as it was sending out a message with humour.

“The nature of the show is very positive. It is very important for me that a message should be given with a lot of laughter and love and I think ‘Mentalhood’ does that. That resonated with me. I’m kind of a person who likes to say things but with a touch of humour,” she said.

Sandhya said the series also gave her an opportunity to change the stereotypical portrayal of mothers in the entertainment industry. (AGENCIES)