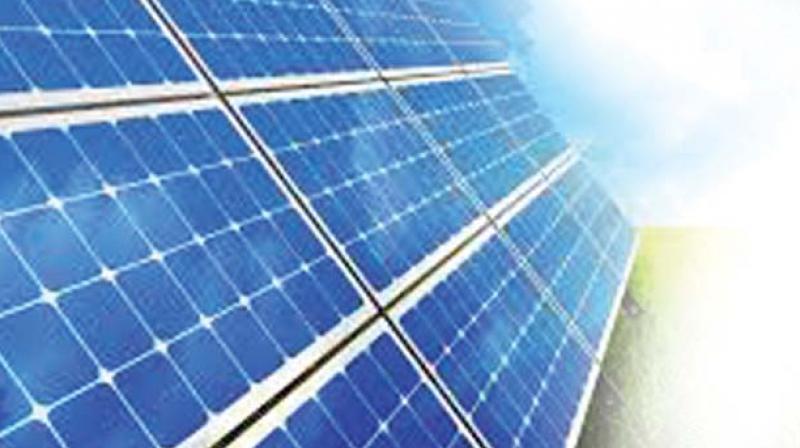 Approved nearly one year back, Energy Corpn remains on papers

Mohinder Verma
JAMMU, Mar 4: Achieving targets of harnessing all forms of renewable energy fixed by the Union Ministry of New and Renewable Energy (MNRE) would be a daunting task for the State Government as neither the budget of Jammu and Kashmir Energy Development Agency has been enhanced nor Renewable Energy Corporation established despite approval by the State Cabinet.
Official sources told EXCELSIOR that Union Ministry of New and Renewable Energy has decided to establish 100 Giga Watt (GW) of solar power capacity by 2022 and has accordingly allocated the targets to those States which have huge solar energy potential.
“The Union Government is expecting Jammu and Kashmir to play crucial role in achieving this feat as study conducted by the National Institute of Solar Energy (NISE) reveals that Jammu and Kashmir has solar power potential of 111.05 Giga Watt, which is the second highest in the country after Rajasthan where the potential is 142.32 GW”, sources said, adding “the Government of India wants the dependence for power needs to be shifted by generating power from solar, wind and other renewable resources”.
They disclosed that for Jammu and Kashmir a target of tapping 1150 Mega Watts (1.15 Gita Watt) has been fixed by the Union Government, which is only a bit of the total available potential in the State.
However, achieving this target would be a daunting task for the State Government as on one side annual budget of the Jammu and Kashmir Energy Development Agency (JAKEDA) has not been increased significantly during the past many years and on the other side Renewable Energy Corporation has not been formally established.
It is pertinent to mention here that JAKEDA is the State nodal agency for the promotion and development of renewable energy programmes and projects. The mandate of the agency covers the entire gamut of renewable energy resources such as solar, wind and geothermal sources.
According to the sources, JAKEDA has meagre annual budget of Rs 10 crore although it was established three decades back in 1989. Of this, only around Rs 8 crore is earmarked every year for tapping solar energy, which is grossly inadequate to tap the available potential.
They disclosed that in the month of April last year the State Cabinet vide Decision No.97/5 accorded sanction to the setting up of J&K Renewable Energy Corporation so as to catalyze the development of renewable energy resources.
Accordingly, vide Order No.20-ST dated April 25, 2018 Government gave approval to the creation of Corporation as Private Limited Company under the name suggested by the Cabinet or any other name to be approved by the Registrar of Companies.
It was also mentioned in the order that Secretary, Science and Technology Department and Director Finance, Science and Technology Department shall be initial Board of Directors and will complete all the formalities.
By way of another order, the Government created 34 posts for the J&K Renewable Energy Corporation after obtaining concurrence from the Finance Department. However, till date the Corporation has not been registered with the Registrar of Companies, which otherwise is the foremost step to give practical shape to the Cabinet decision.
“In such circumstances meeting the targets of tapping renewable energy fixed by the Government of India would be daunting task for the State Government”, sources said.
They disclosed that to harness the wind energy, wind masts were installed at various locations by National Institute of Wind Energy, Chennai for assessment of wind power potential in the State. However, only one site at village Bidda in Reasi district was found to have sufficient potential for development of wind power project several years back.
“But till date no progress has been made in this regard and this clearly indicates that focus has not been shifted towards harnessing renewable energy at the required level”, sources said.