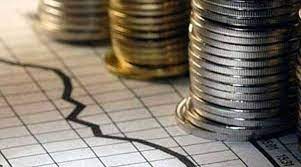 NEW DELHI, Aug 13: India can “bend time’ and catapult to an 11 per cent growth rate in the next decade if it capitalises on the demographic dividend, and boosts manufacturing, as well as exports, RBI Deputy Governor Michael Patra said on Saturday.
India has a window of opportunity in terms of its demographic advantage, capability to boost manufacturing, increase in exports value as well as internalisation, Patra said while delivering a speech to celebrate ‘Azadi Ka Amrit Mohotsav’ organised by the Reserve Bank of India, Bhubaneswar.
If India capitalises on its opportunities and overcomes challenges, it is widely believed that India will “bend time”, Patra said. It is possible to imagine “India striking out into the next decade with a growth rate of 11 per cent”.
He said, if this is achieved, India will become the second largest economy in the world not by 2048, but by 2031.
With a population of 1.38 billion, India is the world’s youngest at 28.4 years. By 2023, India will be the most populous country in the world at 1.43 billion, he said.
Drawing a comparison in terms of working-age population (WAP) ratio, he said India stands at an advantageous position vis-a-vis countries like China, Brazil, the US and Japan as the working-age populations of these countries have started declining already.
While India’s WAP ratio will increase till 2045, even exceeding that of China by 2030.
“Making the most of this demographic dividend is India’s opportunity as well as a challenge,” Patra said.
Talking about the manufacturing potential of India, he said it is another engine for the take-off of India’s economic growth.
Asserting that robust growth of manufacturing is essential to boost exports, he said, it is imperative to overturn conventional wisdom and catch up with other leading manufacturers of the world.
To achieve this, he said three things are essential. Firstly the manufacturing sector must adapt to the fourth industrial revolution through automation; data exchange; cyber-physical systems; the internet of things; cloud computing; cognitive computing; the smart factory; and advanced robotics.
Secondly, India must develop a skilled labour force by stepping up investment in human capital and thirdly efforts must be directed to boost international competitiveness.
“India must raise the share of manufacturing to at least 25 per cent of GDP to become a global manufacturing hub.”
In terms of exports, Patra said it is an avenue to widening of markets and production capabilities beyond national borders.
From USD 800 billion worth of export of goods and services currently, which is about 2.7 per cent of the world total, he said if India can achieve the target of USD 1 trillion set by the government by 2030, it can boost India’s share to 5 per cent in world exports.
With this, India would become an export powerhouse, he said. Several initiatives are in place to actualise this and raising India’s share in world exports to at least 5 per cent is within reach.
On “internationalisation”, he said Indians are among the most internationalised people in the world.
Indian diaspora is the biggest in the world and India is the top recipient of remittances. The Indian rupee trades three times more offshore than onshore. Yet we still talk of internationalisation as if it is the last frontier.”
“If the INR (Indian Rupee) turnover rises to equal the share of non-US non-Euro currencies in global forex turnover (4 per cent), the INR will have arrived as an international currency, reflecting India’s position in the global economy,” Patra said.
However, he said there are challenges in terms of making up for the output and livelihood loss due to the pandemic and it will take several years to recover from this loss.
Among others, there are challenges such as infrastructure gap in terms of lower per capital investment in building infrastructure in the country as well as lack of high-quality labour force. (PTI)