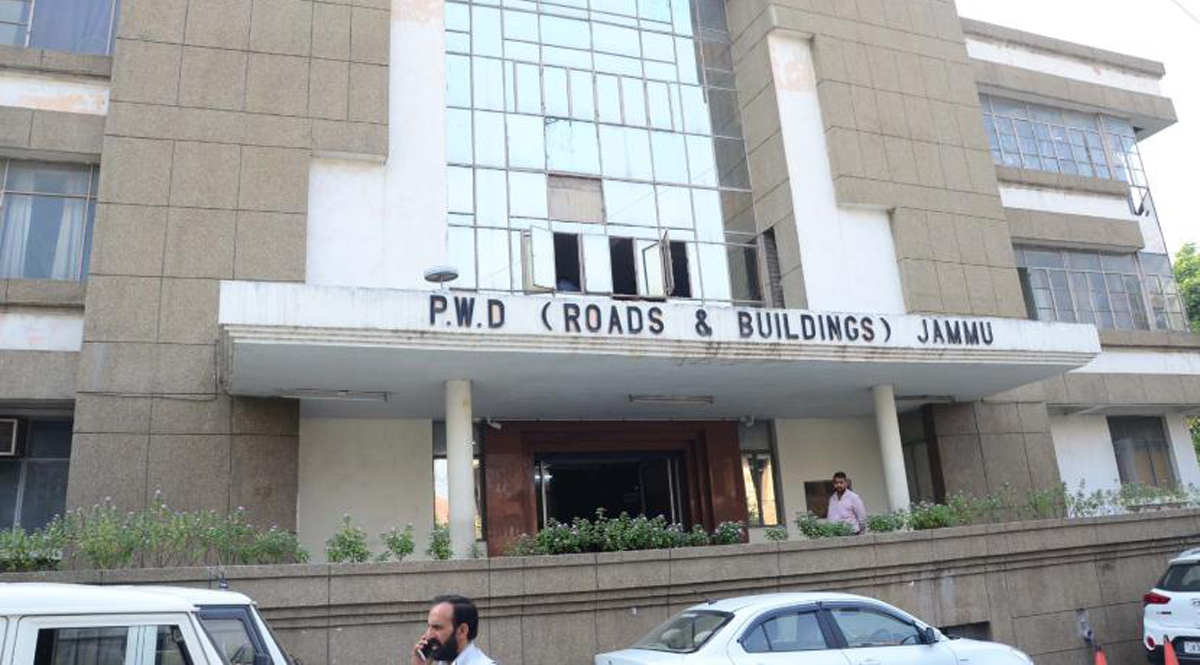 JAMMU, Oct 30: Personal Assistant (PA) to the Superintending Engineer PWD/ R&B Jammu, was arrested by the sleuths of Anti-Corruption Bureau (ACB), while taking bribe in the office complex of Chief Engineer R&B Jammu, Nirman Bhawan, Rail Head Complex here today.
Official sources said that action was taken against the R&B official Jagdeep Singh, presently posted as PA of SE, PWD (R&B) Jammu, ND Khawaja, after a complaint was received by the SP, Anti-Corruption Bureau Jammu from S. Diler Singh and S Raghubans Singh , regarding demand of Rs 20,000 as graft for issuing Contractor’s Card/ License of Category- D.
They said it came to notice that there were several complaints against the PA of SE Jammu, with regard to issuance of Contractors’ License for an amount ranging from Rs 20,000 to Rs 30,000 per card. S Diler Singh after long negotiation settled the deal for Rs 13,000 and went to his office to hand over the money. Four type of Contractor Cards- A,B, C and D Category are issued. Click here to watch video
While SE has the power to issue D category and renewal of the Cards/ Licenses, other above category cards are issued by the Chief Engineer, R&B Jammu.
Accordingly, a trap team led by an officer of the rank of DySP, two Inspectors and about a dozen other sleuths organized operation and caught the PA of the SE, Jammu red- handed while accepting the bribe money worth Rs 13,000 ( 26 currency notes of Rs 500 denomination) this afternoon. He was arrested on the spot in presence of independent witnesses by the ABC sleuths.
The team during raid and searches in the office of SE Jammu for over three hours, seized huge record of the past few years and a computer used by the PA. The raiding team also restricted the movement of other officials working in the office of Chief Engineer and SE besides other Executive Engineers in the same complex for few hours.
The accused official (PA), Jagdeep Singh, son of Jarnail Singh, resident of Sarwal Jammu was arrested and taken to the Police Station VOJ, Jammu in the vehicle of the Anti- Corruption Bureau. A case FIR No. 34/ 2018 u/s 5(1) (d) red with Sec 5(2) PC Act Svt 2006 and sec 4-A of the PC Act was registered against him. The official said that since issuing authority is the SE, the possibility of the involvement of his officer can not be ruled out. Investigation has been started and things will come to light after interrogation of the arrested accused official, he added.