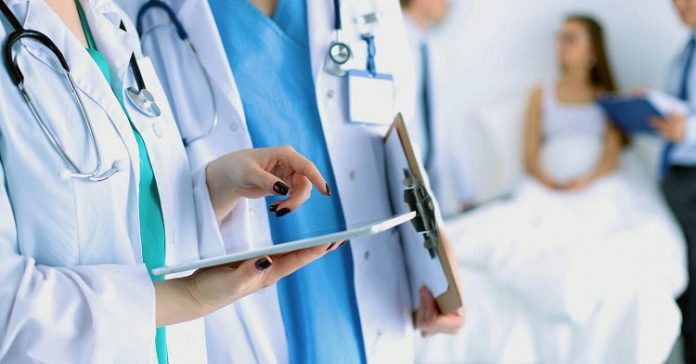 Govind Sharma
JAMMU, Dec 28: Five new Medical Colleges of the State are unlikely to start functioning from the next academic session, as decided by the Governor’s Administration, as the Medical Council of India (MCI) has pointed out major deficiencies on all the aspects including infrastructure, faculty and facility.
During the past some months, the Governor’s Administration is coming up with statements after regular intervals mentioning that five new Medical Colleges will start functioning from the temporary arrangements from next academic session. However, these claims have been proved wrong by different teams of Medical Council of India, which have pointed out major deficiencies on all the important aspects everywhere.
Official sources told EXCELSIOR that five separate teams of Medical Council of India (MCI) early this week visited the sites of all these five upcoming Medical Colleges and held interaction with the officers of the Health and Medical Education Department of the State Government. The visit was conducted on the request of Incharge Principals of these Medical Colleges.
However, much to the disappointment of the Governor’s Administration, the MCI found nothing in the shape of minimum infrastructure, faculty and equipments to grant Letter of Permission (LoP) to these colleges to start first batch of 100 MBBS students each.
In almost all five new Medical Colleges, MCI teams found deficiency with regard to faculty and para-medical staff and all other necessary academic requirements to fulfill the norms for formally starting the academic activities from next year, sources revealed.
They said that the MCI teams found 100% deficiency with regard to Resident Doctors in all these Medical Colleges as Government has failed to make appointments of Residents while as far as faculty of these colleges is concerned, 85- 90% deficiency was observed by the MCI inspection teams.
“The MCI Inspectors even noticed that in almost all these Medical Colleges, the appointed faculty has not been stationed including newly appointed Principals. Further, the orders relating to the appointment of Principals were found not in compliance to MCI rules. They were found holding duplicate positions at GMC Jammu/Srinagar which was totally unacceptable to the MCI and they demanded regular Principals in place”, sources further informed.
“Besides, posts of Medical Superintendents and Deputy Medical Superintendents were not found under classification and control of Principals and the MCI teams issued directions for their transfer from the Health Department to the Medical Education Department in order to bring them under the complete administrative control of the Principals,” sources said.
Further, MCI teams suggested the State Government to adopt MCI one time relaxation according to which Government can appoint doctors serving in District Hospitals for 18 years and 10 years as designated Professors and Associate Professors respectively in these colleges.
Moreover, hostels, mess, faculty residences, Principals’ residences, infrastucture for Departments of Anatomy, Biochemistry and Physiology, besides class rooms, examination halls, lecture halls were found deficient in all the five Medical Colleges by the MCI teams.
Sources further revealed that the Board of Professional Entrance Examinations (BOPEE) has not received till date any communication regarding filling up of 500 additional MBBS seats from Health and Medical Education Department, which makes it clear that Government is not in a position to start these colleges from next academic session.
Blaming State Government’s flip flop policy on new Medical Colleges for the prevailing mess, sources said, “if any faculty is shifted from the existing Medical Colleges to fulfill faculty deficiency, it will pose threat of de-recognition in existing Medical Colleges also”.
They disclosed that selection of regular faculty for these Medical Colleges is already under litigation on various grounds. Moreover, the MCI and J&K Rules vis-a-vis recruitment don’t match for various categories of the posts, which is also one of the reasons for prevailing mess.
When contacted, Commissioner/Secretary, Health and Medical Education Department, Atal Duloo, admitted that MCI teams has pointed out many deficiencies in the five new Medical Colleges. He said that interviews of Residents Doctors for these Medical Colleges have been conducted and within few days their appointments will be made.
Regarding deficiency of faculty, he said, “Even GMCs of Jammu and Srinagar have deficiency of faculty. All these deficiencies will be removed soon.” The Commissioner further said that process of affiliations of these colleges has been completed. On the issue of communication to BOPEE regarding 500 additional seats of the new Medical Colleges, Duloo said that the communication has already been sent to them only we have to submit LoP to BOPEE.
However, BOPEE Chairman, Mohd Ashraf Bukhari contradicted the statement of Atal Duloo, stating that his office has not received any communication regarding additional 500 MBBS seats of new Medical Colleges from the Health and Medical Education Department.