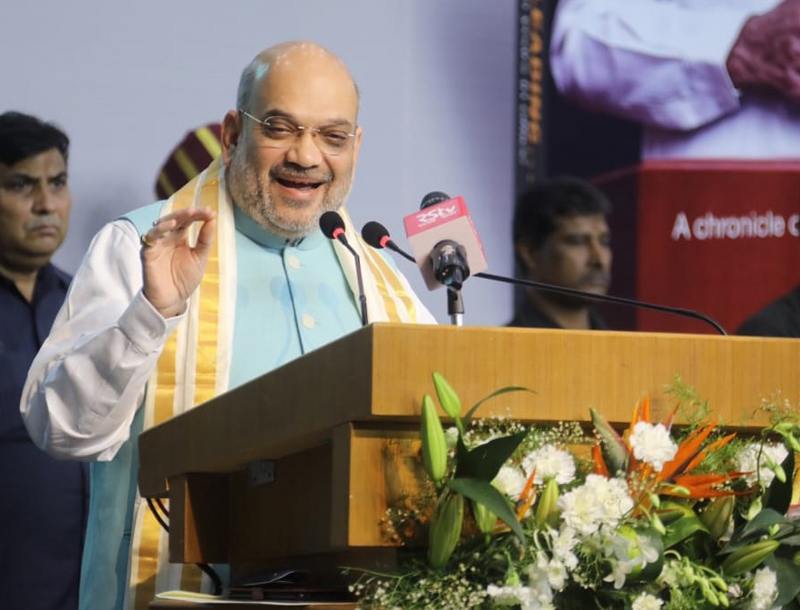 It was not in interest of nation, says Vice Prez

Sanjeev Pargal
JAMMU, Aug 11: Union Home Minister Amit Shah said today that abrogation of Article 370 of the Constitution which granted special status to Jammu and Kashmir will end terrorism and the State will lead to path of development but maintained that it should have been abrogated much earlier.
“I have no doubts that Article 370 should have been removed. After abrogation of the Article, terrorism will end in Kashmir and the State will march to the path of development. Removal of Article 370 will be beneficial for the country as well as the State of Jammu and Kashmir,” Shah said at the launch of a book on Vice President and Rajya Sabha Chairman M Venkaiah Naidu–‘Listening, Learning and Leading’, marking his two years in the office.