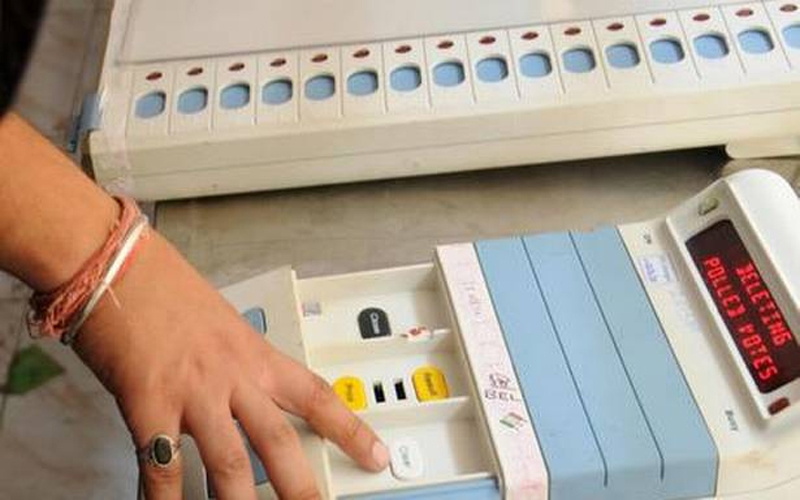 AHMEDABAD, Dec 1: An average 59.24 per cent voter turn-out was recorded as of 5 pm today across 89 Assembly seats in the first phase of Gujarat elections, Election officials said. While voting began at 8 in the morning and ended at 5 pm, the final turn-out would be higher as the process continued at the polling stations where voters had arrived before 5 pm and were standing in queues.
The fate of 788 candidates will be decided in the first phase. Barring a few incidents, polling was largely peaceful across all 89 seats in south Gujarat and Saurashtra-Kutch regions which went to polls in the first phase.
The voter turn-out figure was provisional as data from some polling stations had not been received and it also did not include postal ballots, the Election Commission said. Voting was halted in a few places due to malfunctioning of Electronic Voting Machines as well as control units and Voter Verifiable Paper Audit Trail (VVPATs) but the faulty units were replaced and the process resumed, it added.
Tapi district recorded the highest provisional voting turnout of 72.32 per cent. The tribal-dominated district comprises two Assembly constituencies of Vyara and Nizar. With 68.09 per cent turnout, Narmada district stood second.
Bhavnagar in Saurashtra region recorded the lowest turnout of 51.34 per cent as of 5 pm. Apart from Narmada, four other districts recorded over 60 per cent voting turnout: Navsari (65.91 per cent), Dang (64.84 per cent), Valsad (62.46 per cent) and Gir Somnath (60.46 per cent). Polling was largely peaceful barring a few incidents of scuffles between rival groups, the EC said. Locals protested at Dhrafa village in Jamjodhpur taluka of Jamnagar district as there were no separate polling booths for men and women. They threatened to boycott voting, claiming that separate booths were always set up in the past.
In Junagadh, a ruckus broke out after police tried to stop a Congress leader who walked to the polling station carrying a gas cylinder on his shoulder to protest against inflation. Such protest was seen in many other places too.
The EC tweeted the picture of 104-year old Ramjibhai who, it said, “participated in the festival of democracy by voting at the polling station instead of opting for a postal ballot.” At least 33 ballot units, 29 control units and 69 VVPATs were replaced in the first three hours of polling at different stations due to malfunctioning, the office of Chief Electoral Officer said in a statement.(PTI)