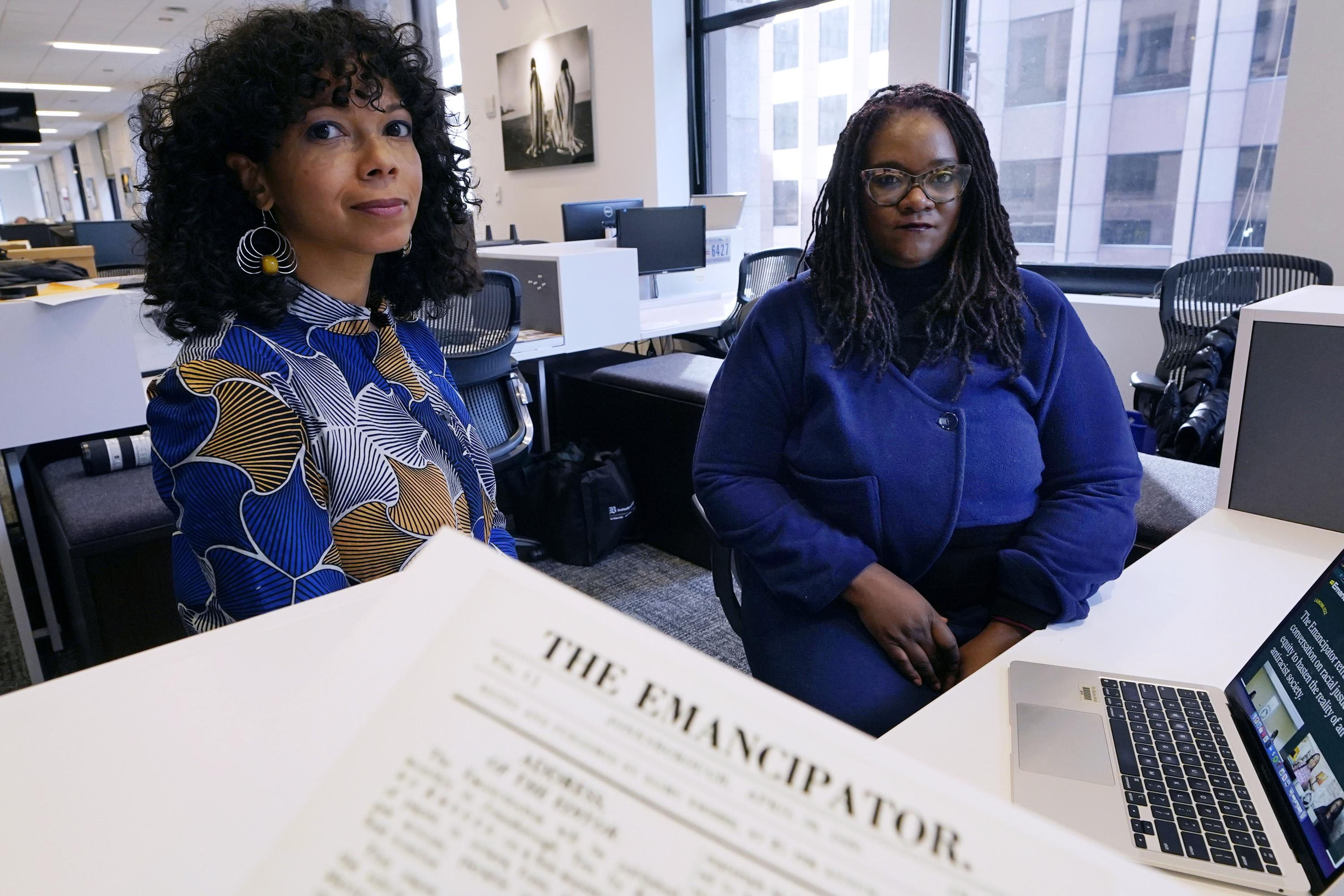 Boston, Feb 23: America’s first newspaper dedicated to advocating for the end of slavery is being resurrected and reimagined more than two centuries later as the nation continues to grapple with its legacy of racism.
The revived version of The Emancipator is a joint effort by Boston University’s Centre for Antiracist Research and The Boston Globe’s Opinion team that’s expected to launch in the coming months.
Deborah Douglas and Amber Payne, co-editors-in-chief of the new online publication, say it will feature written and video opinion pieces, multimedia series, virtual talks and other content by respected scholars and seasoned journalists.
The goal, they say, is to “reframe” the national conversation around racial injustice.
“I like to say it’s anti-racism, every day, on purpose,” said Douglas, who joined the project after working as a journalism professor at DePauw University in Indiana.
“We are targeting anyone who wants to be a part of the solution to creating an anti-racist society because we think that leads us to our true north, which is democracy.”
The original Emancipator was founded in 1820 in Jonesborough, Tennessee, by iron manufacturer Elihu Embree, with the stated purpose to “advocate the abolition of slavery and to be a repository of tracts on that interesting and important subject,” according to a digital collection of the monthly newsletter at the University of Tennessee library.
Before Embree’s untimely death from a fever ended its brief run later that year, The Emancipator reached a circulation of more than 2,000, with copies distributed throughout the South and in northern cities like Boston and Philadelphia that were centres of the abolition movement.
Douglas and Payne say drawing on the paper’s legacy is appropriate now because it was likely difficult for Americans to envision a country without slavery back then, just as many people today likely can’t imagine a nation without racism.
The new Emancipator was announced last March, nearly a year after the killing of George Floyd by Minneapolis police in May 2020 sparked social justice movements worldwide.
“Those abolitionists were considered radical and extreme,” Douglas said. “But that’s part of our job as journalists — providing those tools, those perspectives that can help them imagine a different world.”
Other projects have also recently come online taking the mantle of abolitionist newspapers, including The North Star, a media site launched in 2019 by civil rights activist Shaun King and journalist Benjamin Dixon that’s billed as a revival of Frederick Douglass’ influential anti-slavery newspaper.
Douglas said The Emancipator, which is free to the public and primarily funded through philanthropic donations, will stand out because of its focus on incisive commentary and rigorous academic work.
The publication’s staff, once it’s ramped up, will largely eschew the typical quick turnaround, breaking news coverage, she said.
“This is really deep reporting, deep research and deep analysis that’s scholarly driven but written at a level that everyone can understand,” Douglas said. “Everybody is invited to this conversation. We want it to be accessible, digestible and, hopefully, actionable.”
The publication also hopes to serve as a bulwark against racist misinformation, with truth-telling explanatory videos and articles, she added. It’ll take a critical look at popular culture, film, music and television and, as the pandemic eases, look to host live events around Boston.
“Every time someone twists words, issues, situations or experiences, we want to be there like whack-a-mole, whacking it down with the facts and the context,” Douglas said.
Another critical focus of the publication will be spotlighting solutions to some of the nation’s most intractable racial problems, added Payne, who joined the project after working as a managing editor at BET.Com and an executive producer at Teen Vogue.
“There are community groups, advocates and legislators who are really taking matters into their own hands so how do we amplify those solutions and get those stories told?” she said.
“At the academic level, there’s so much scholarly research that just doesn’t fit into a neat, 800-word Washington Post op-ed. It requires more excavation. It requires maybe a multimedia series. Maybe it needs a video. So we think that we are really uniquely positioned.”
The project has already posted a couple of representative pieces. To mark the one-year anniversary of the Jan. 6 insurrection at the US Capitol building, The Emancipator published an interview with a Harvard social justice professor and commentary from a Boston College poetry professor.
It also posted on social media a video featuring Ibram X. Kendi, founding director of BU’s anti-racism centre and author of “How to be an Antiracist,” reflecting on white supremacy.
Kendi co-founded the project with Bina Venkataraman, editorial page editor at The Boston Globe.
And while the new Emancipator is primarily focused on the Black community, Douglas and Payne stress it will also tackle issues facing other communities of colour, such as the rise in anti-Asian hate during the global coronavirus pandemic.
They argue The Emancipator’s mission is all the more critical now as the debate over how racism is taught has made schools the latest political battleground.
“Our country is so polarised that partisanship is trumping science and trumping historical records,” Payne said.
“These ongoing crusades against affirmative action, against critical race theory are not going away. That drumbeat is continuing and so therefore our drumbeat needs to continue.” (AGENCIES)