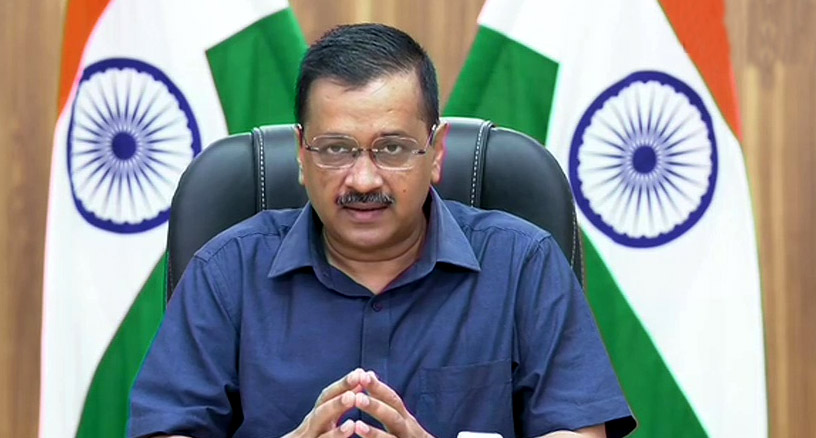 AHMEDABAD, June 14: The Aam Aadmi Party (AAP) will contest all seats in Gujarat in the 2022 Assembly polls, the party’s national convener and Delhi Chief Minister Arvind Kejriwal said here on Monday as he visited a Vaishnavite temple in the city and blamed the ruling BJP and opposition Congress for the “plight” of people but avoided a direct attack on Prime Minister Narendra Modi and Union Home Minister Amit Shah on their home turf.
Addressing a press conference on the campus of the Vallabh Sadan temple after taking darshan of the deity, Kejriwal, who was on a one-day visit to the city, said his party was a credible alternative to the BJP and the Congress in Gujarat who he said had a tacit alliance between them.
“The AAP will contest each and every seat in the 2022 Gujarat Assembly elections. The AAP is a credible alternative to the BJP and Congress. Gujarat will change soon,” he said.
The Gujarat House has 182 seats.
“Gujarat is suffering because of this friendship and alliance between the BJP and the Congress. The BJP ruled this state for the last 27 years. I heard people saying that Congress is in the pocket of the BJP. Both the BJP and Congress are the same. This must stop,” he said.
Kejriwal said the Congress and the BJP have been in power for most of the period after Independence but “people are witness to what they have done. Farmers are committing suicide even after 75 years”.
During the press conference, the former head of a Gujarati news channel, Isudan Gadhvi, joined the AAP in the presence of Kejriwal.
Blaming the BJP and the Congress for the “current situation” of Gujarat, Kejriwal said the common people were left to fend for themselves during the coronavirus pandemic.
Irrespective of tall claims, farmers in Gujarat are committing suicide, government-run schools and hospitals are in shambles and traders are living under fear, he alleged.
“People want to know why the electricity costs are so high in Gujarat when it’s free in Delhi? If government-run schools and hospitals are top-class in Delhi then why are they in a bad shape here? Now, the time has come to change Gujarat,” the AAP leader said.
When asked if he was proposing to implement the “Delhi model” in Gujarat, Kejriwal said the model of development will be decided by the six crore people of Gujarat.
Queried about his strategy to take on PM Modi and Amit Shah on their home turf of Gujarat, Kejriwal said the AAP will fight for the people of Gujarat and bring a change “instead of fighting against any party or an individual”.
After the presser, Kejriwal formally inaugurated the AAP’s office also located on Ashram Road.
Monday’s is the second visit of Kejriwal to Gujarat. He had last visited Surat in February after his party emerged as the main opposition after the civic body elections in its maiden fight. (PTI)
The AAP had made inroads into Gujarat politics recently by winning 27 seats in the 120-member Surat Municipal Corporation (SMC) where it is the main opposition party.
The Kejriwal-led party had fielded candidates across all the local bodies- municipal corporations, municipalities, and district and taluka panchayats–which went to polls earlier this year and won several seats. (PTI) 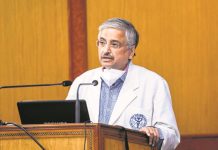 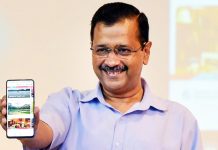 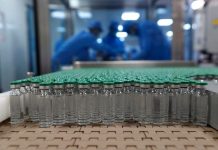