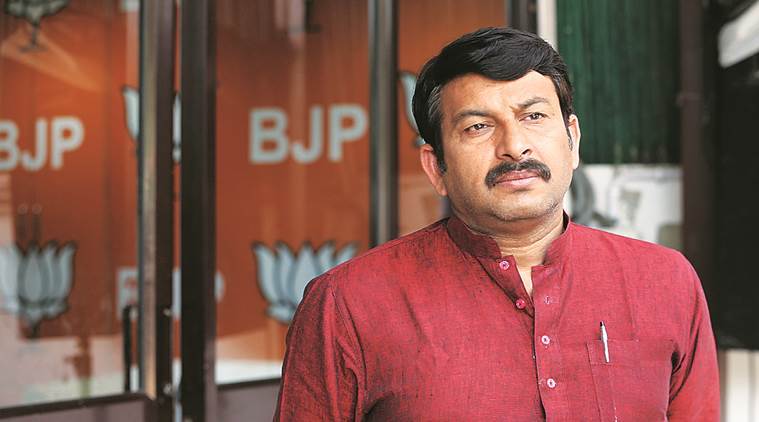 NEW DELHI, Jan 23: The AAP and its chief Arvind Kejriwal mocking ‘Rinkiya Ke Papa’ song are “insulting” Purvanchalis and their culture, Delhi BJP president Manoj Tiwari said.
The Purvanchalis, natives of Eastern UP and parts of Bihar living in Delhi, are not going to be swayed by Kejriwal government’s water and power freebies and 98 per cent of them are supporting the BJP, Tiwari said in an interview.
Kejriwal had in recent past took a dig at Tiwari, a well known Bhojpuri actor, referring to him as a “good singer” who rendered ‘Rinkiya Ke Papa’, when asked for his views about Delhi BJP president.
“The Purvanchalis will support the BJP in Delhi elections because Kejriwal and his party have been ‘humiliating’ them and their culture more than once,” he said.
The name “Rinkiya” in the song refers to daughters. By, mocking the song, the AAP and Kejriwal also “demean” the role of daughters and women in the society, he asserted.
“I pity his (Kejriwal) intelligence. At a time when ‘Beti Bachao’ is being talked about in the country, he is mocking fathers having daughter. ‘Rinkiya Ke Papa’ is just a song… Rinkiya symbolises daughters, is it a curse to have a daughter ?,” Tiwari asked.
Kejriwal also “humiliated” the Purvanchalis over the issue of national register of citizens (NRC), and also by saying that they come to the city for better treatment at Delhi government hospitals, he said.
“He (Kejriwal) and his party say if NRC is implemented in Delhi, Manoj Tiwari and Purvanchalis will have to leave the city. They say Purvanchalis buy Rs 500 ticket to come to Delhi for treatment at Delhi government hospitals and then go back to their home. Now, they are ridiculing me for my song Rinkiya Ke Papa,” the BJP leader said. Tiwari asserted the BJP will form next government in Delhi and party’s Chief Minister will be decided by its MLAs. “The BJP will win a minimum of 45 seats, as is reflected in our surveys and public feedback. AAP and Kejriwal often talk about BJP’s chief ministerial candidate which means they acknowledge our victory. As regards our Chief Minister, the party MLAs will decide if we form government in Delhi,” he said.
Delhi people will vote for “peace and safety” rather than for those backing protest against Citizenship Amendment Act (CAA), he said.
“Delhi people do not want violence, they do not want the AAP and Congress spreading anarchy on the roads of Shaheen bagh through distribution of money. They want a a safe Delhi, and the BJP under the leadership of Prime Minister Narendra Modi will win the elections with a huge margin,” Tiwari claimed. Nobody is going to loose their citizenship due to the CAA, still protests, “hooliganism and violence” took place in Delhi, he said. (PTI)