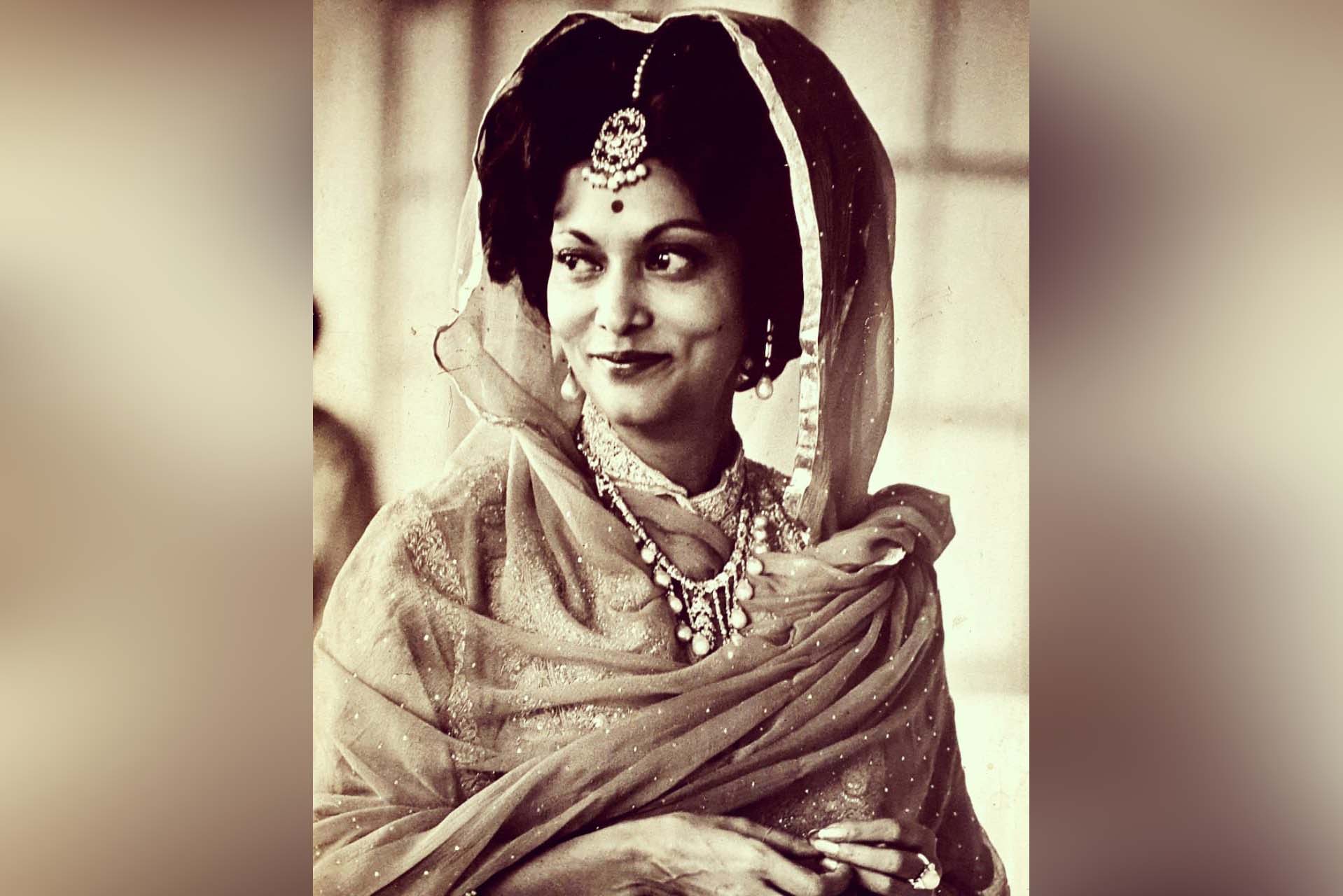 Ravi Rohmetra
Maharani Yasho Rajya Lakshmi was born in a Royal Family of Sir Mohan Shamsher Jang Bahadur, last Rana Prime Minister of the Kingdom of Nepal on 9th January 1937. Her father was General Sharda Shamsher Singh. At her minor age of 13 years on 5th March 1950, she was married with the son of the Royal House of Dogra Ruler Maharaj Hari Singh ( Prince Karan Singh Bahadur Ji of 19 years) Both these Royal families deemed themselves as the successors of Rajputana ” Kachawaha” and “Sisodia” dynasties. The ancestors of Jammu Royal family ” Kachawaha” were the rulers of Jaipur while the ancestors of royal family of Nepal “Sisodia” were the rulers of Udaipur. But due to long stay at two different places of Jammu and Nepal, difference of language and culture was a reality in both the families.
Both wife and husband had a brief meeting before marriage for a short while of half an hour. The marriage was solminised with full religious fervour as well as according to the traditions of Nepal and Dogra. By this two nations got relations. Life partner of Maharaja Sahib, Maharani Yasho Lakshmi started working for the welfare of the poor, needy, deaf and dumb, widows, mentally retarded children, blind, both in Jammu and Kashmir as well as in capital city of India Delhi. This type of service has not been undertaken by any other religious or social society. Whatever Maharani Yasho Rajya Lakshmi did socially or religiously was a selfless service but it was all for her own satisfaction and object of social service. Maharani Yasho Rajya Lakshmi in addition to enjoying her married life with successor of Dogra rulers, Central Government Minister, Member Parliament Dr. Karan Singh continued her higher studies despite being a Nepali National and in a short span of time learnt Dogri and Hindi languages. On hearing her Dogri language nobody could say that she was a Nepali language knowing personality. She continued to work for the welfare of needy and the poor during the period. She was undergoing studies besides being Chief of the J and K Social Welfare Board.
During Indo-Pak war of 1965, she undertook various welfare activities for the army personnel. She spent hours together with the army personnel in trying circumstances, distributing commodities tirelessly. Maharani Yasho Rajya Lakshmi since her beginning was familiar among women though being a bride of Royal family she used to live in simplicity. Maharani was a disciple of Maa Durga and she had full faith in Maa Durga. During the year 1979 Dr Karan Singh and Maharani Yasho Rajya Lakshmi installed the idol of Natraj in the complex of Raghunath Ji Temple Jammu. A very good judge of people, she was a constant companion to Dr Karan Singh during his long and arduous election compaings in the constituency of Udhampur and Kathua. Mingling with older people especially ladies, she ensured their support for her husband. Maharani Yasho Rajya Lakshmi was the organiser of Ladies Clubs in J and K Chief of the Delhi Hospital Welfare Society and organiser of Dharmarth Trust J and K, besides being Chairperson of Kashmir Women’s Industrial Units, Chairperson of Maharaja Gulab Singh Memorial Trust, Patron of Deaf and Dumb Societies and Mentally Retarded. She was managing these different societies smoothly.
Maharani’s demise on May 24, 2009 came as a personal shock to one and all because for full six decades she affectionately dominated J&K scene in a wonderful manner with her unique personality, nature, charms , impressive presence and perfection even during crisis in J&K state.
Whenever she visited her choicest city of temples and historic Shri Raghunath Ji Temple there was a sudden thrill and curocity in every mind to have a glimpse of the perfect queen. She was an embodiment of born qualities of head and heart. Her spotless and heartful smile with soft words was a soothing symbol of peace and prosperity for the subjects of the state. Till her last breath Maharani remained fully attached with all the sentiments, feelings and aspirations of Duggar land. She was a natural reflection of Dogra culture and civilization in a mystical manner. It seemed that nature had imbibed each and every best aspect of Duggar queen in Yasho Rajya Lakshmi’s unforgettable image. It is really difficult to find a queen with this difference, her influence was irresistible , Maharani’s extraordinary caliber in motivating guiding directing and organizing also makes her a queen with a difference imbued with moral values. She has left behind a legacy for us to tread upon with full determination.