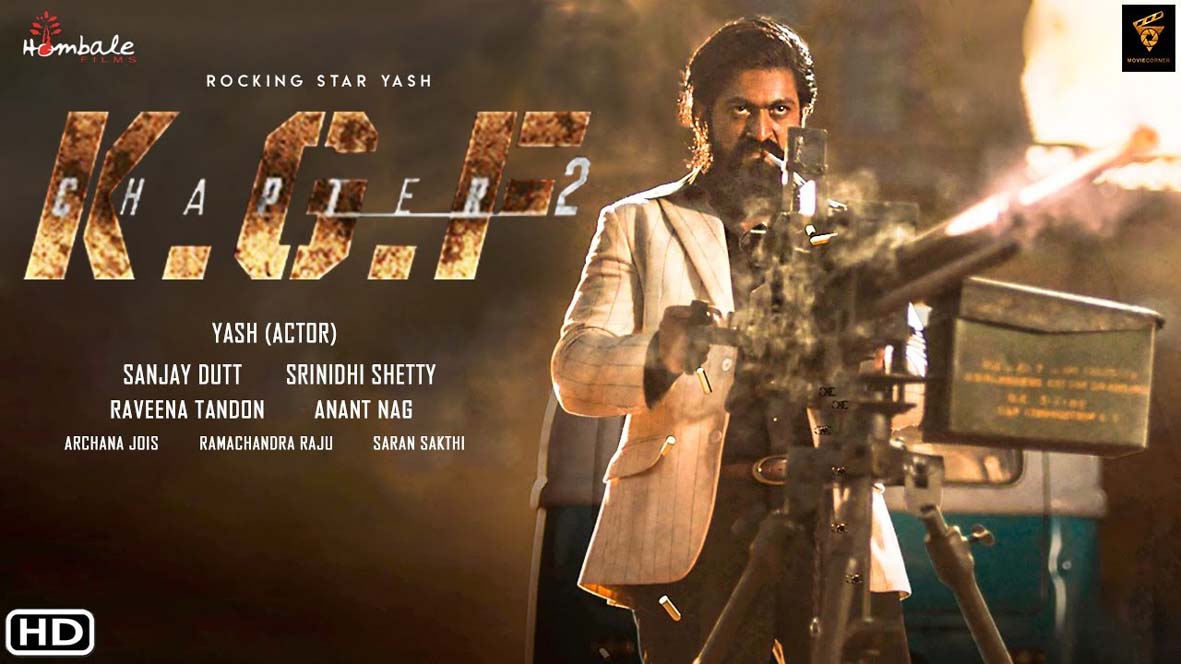 Prashanth Neel’s story is excellent and pays a nice tribute to the angry-young-man and gangster films of Amitabh Bachchan of the 70s and 80s. Prashanth Neel’s screenplay is highly captivating. Despite such a vast storyline and so many characters, his writing flows smoothly. Also, he is aware that audiences expect a lot of massy stuff from KGF – CHAPTER and in this regard, he makes fans very happy as he has peppered the narrative with plenty of clapworthy scenes. The Hindi dialogues are very powerful and further enhance the commercial appeal of the film. A few scenes work big time just due to the acidic one-liners.
Prashanth Neel’s direction is supreme. He deserves kudos for imagining something of this sort and then executing it so well. The way he had shown the world of KGF in Part 1 had already impressed viewers. In the sequel, he takes the grandeur and scale one step ahead. He has ensured that there’s tons of drama and action throughout the film. In fact, there’s so much happening every moment that viewers won’t even get time to blink! On the flipside, the film does get a bit confusing as there are several characters. A few developments are a bit convenient. In addition, the love song in the second half acts as a speed breaker though one realizes its importance in the climax.
KGF – CHAPTER 2 starts on a fine note but it gets better with the stylish entry of Rocky. It’s sure to create a frenzy in cinemas. Adheera’s entry is menacing while the first confrontation between Rocky and Adheera is quite gripping. The intermission point springs a surprise and will be loved by moviegoers. The second half begins with a bang. The entry of Ramika Sen (Raveena Tandon) adds to the fun and madness. Two scenes that stand out here are Rocky meeting Ramika Sen in the PMO and Rocky heading to the police station to retrieve the gold piece. The latter is sure to stun viewers! The finale, as expected, is out of this world.
Speaking of performances, Yash is outstanding. His style and his swag are unparalleled. And performance-wise, he’s too good. KGF proved that he has the potential to become a pan-India star and KGF – CHAPTER 2 confirms this fact. Sanjay Dutt is apt for the role. He delivers a fine performance and one wishes that he had more screen time. Raveena Tandon is fantastic and leaves a tremendous mark, despite entering late in the narrative. Srinidhi Shetty (Reena) looks stunning and delivers a worthy performance. Ayyappa P Sharma underplays his part well. Prakash Raj (Vijayendra) is dependable as always. Achyuth Kumar, B S Avinash, Lakki Lakshman, Dinesh Mangaluru and Balakrishna are decent. Archana Jois (Rocky’s mother) is lovely. Her track is of utmost importance. Govinde Gowda is quite nice as the peon. Malavika Avinash (Deepa Hegde; journalist) is convincing. Rao Ramesh (Raghavan; CBI officer) is memorable, especially in the scene where he tells Ramika that she should take the KGF matter seriously.
Ravi Basrur’s music is dramatic and gives goosebumps. ‘Toofan’ is energetic. Visually too, it works big time. ‘Sulthan’ is in the same zone as ‘Rocky Bhai’. ‘Falak Tu Garaj Tu’ is okay. Ravi Basrur’s background score is quite loud but contributes to the impact. Bhuvan Gowda’s cinematography is praiseworthy. The film has a fresh, international look and doesn’t look like a regional film at all. Shivakumar’s production design is quite imaginative. Anbariv’s action is one of the highlights of the film. Unifi Media’s VFX is terrific. Sania Sardhariya’s costumes for Yash are quite stylish while Navin Shetty’s costumes for Sanjay Dutt are unique and novel. Ashwin Mawle and Hassan Khan’s costumes for Srinidhi Shetty are glamorous. Ujwal Kulkarni’s editing is razor sharp.
On the whole, KGF – CHAPTER 2 [Hindi] is a blockbuster all the way. The film has already generated a tremendous craze and historic advance sales due to the hype, popularity of the first part, mass element and of course Yash’s stylish avatar. At the box office, it is sure to take a historic opening and emerge as one of the biggest blockbusters ever, challenging even the numbers of the pre-pandemic record grossers. Recommended!
Courtesy :https://www.bollywoodhungama.com/