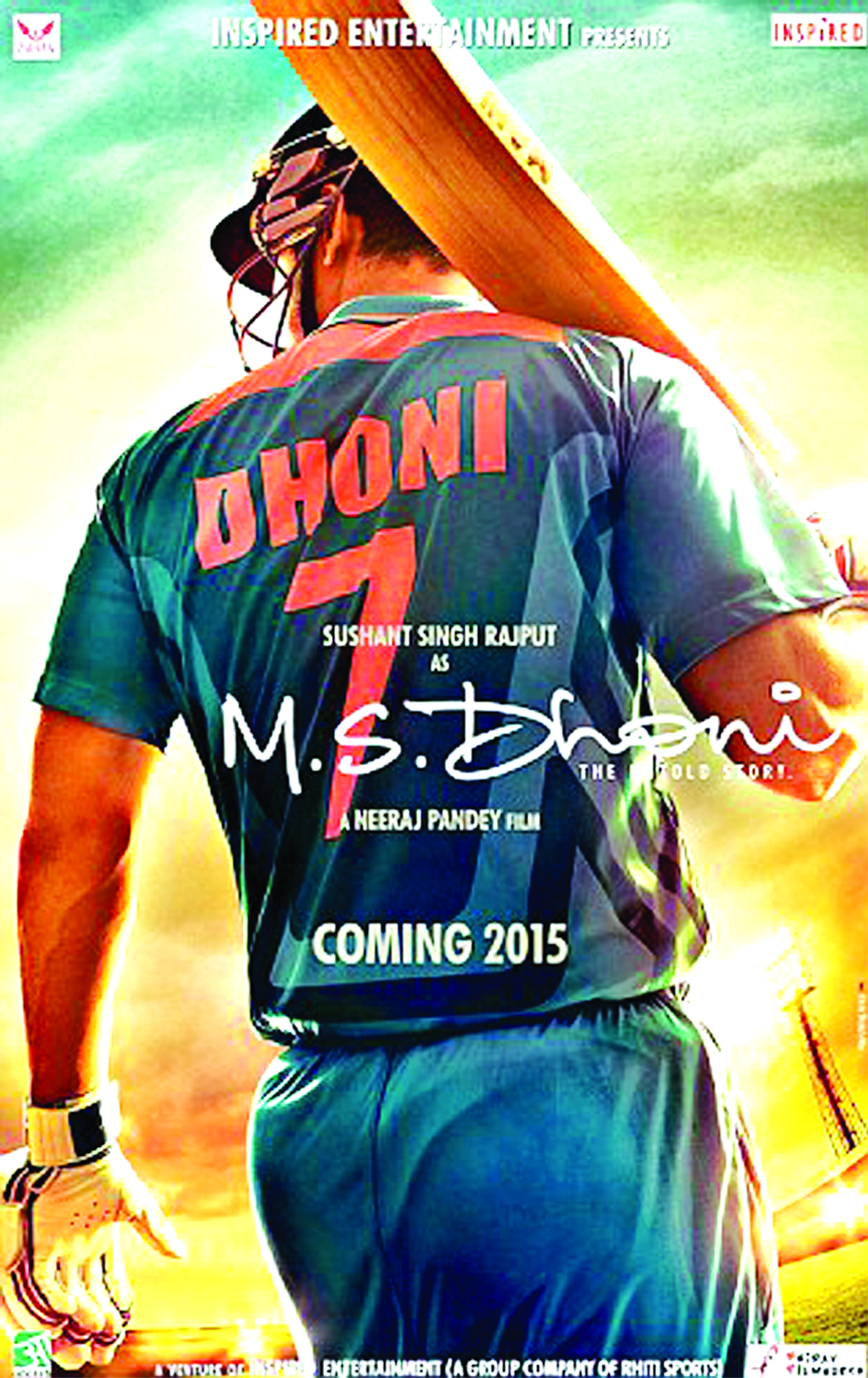 Fox Star Studios’ M.S. DHONI: THE UNTOLD STORY, as the title suggests, is a film about the untold and unknown aspects of Mahendra Singh Dhoni’s life. The film starts off with the iconic match that took place between India and Sri Lanka on April 2, 2011. This is followed by a series of flashbacks (read ‘insight’) into the life of MS Dhoni, who grows up with his passion of playing football. It is during one such match when his sports teacher spots his impeccable talent in goalkeeping. On his insistence, an initially reluctant Dhoni, then starts playing cricket. When Dhoni realises that he is only keeping wickets and not getting an opportunity to bat, he ‘creates an opportunity’ and starts smashing the ball in all directions, thus, impressing one and all. Things, then, start gradually moving forward for Dhoni, who, after playing for a handful of government organisations, lands up becoming a TC (Ticket Collector) at Kharagpur station and starts playing for the railways. As days pass, his job tires him physically and mentally, leaving him limited time for cricket practice. When frustration reaches its peak in Dhoni’s mind, he quits his railway job and comes back home, something that extremely annoys his father (Anupam Kher). Amidst all this, when Dhoni gets a call from the selectors to play for India, he does not play well on the ground, despite that being his first ever international match. He however gets insipired on meeting Priyanka (Disha Patani) who boosts up his morale and Dhoni regains his form. Just when life starts blooming for Dhoni, both, professionally and personally, an unexpected tragedy buoys him down miserably. Around this time, Dhoni happens to meet Sakshi (Kiara Advani). What is the calamity that stuns Dhoni, what happens to the blooming romance between Priyanka and Dhoni, what role does Sakshi play in his life and under what circumstances does MS Dhoni lead India to its historic win at the World Cup, is what forms the rest of the film.
What also works in the favour of the film is the fact that, while the film stays true to the title. The film is all about the trails, tribulations, challenges and failures and the eventual success of Dhoni, the very man who captained the nation to consecutive wins at both the T20 and ODI World Cup matches. Unlike other biopics, M.S. DHONI: THE UNTOLD STORY remains clear of gossips, scandals and rumours in any form. Because of all these feel-good factors, the audience gain a sense of pride and achievement when they see Dhoni and his achievements in the film. The film is an underdog story who which will inspire millions.
The film’s screenplay (Neeraj Pandey, Dilip Jha) is extremely well-crafted and inspiring, which keeps the viewers engaged right from the word go. Besides doing complete justice to the life and lifestyle of M.S. Dhoni, the screenplay also helps in successfully mirroring his rise from a small town man to an international star.
There are many scenes that really touch your heart and stir the emotions. Prominent amongst them are Dhoni’s shuffling between exams and match practice, Railway Recruitment Officer Ganguly bowling to Dhoni, Anupam Kher’s constant fears and concerns towards his son, Dhoni breaking down in the middle of the road after the death of his girlfriend, the introduction of Yuvraj’s stylish character and the scene where Dhoni misses his flight despite all the efforts. Though the film is long with its run time of 3 hrs and 10 mins, it never becomes a tiring watch, due to its engaging narrative.
As for the performances, the film belongs wholly and solely to Sushant Singh Rajput, who is ‘MS Dhoni personified’ in every frame of the film. While his last film was the ‘forgettable’ DETECTIVE BYOMKESH BAKSHY!, Sushant Singh Rajput has given his all to make sure that his role in M.S. DHONI: THE UNTOLD STORY is simply ‘unforgettable’. There are times when you actually land up feeling that Sushant Singh Rajput has transformed into M.S. Dhoni and you never see him as an actor playing just the role. All in all, M.S. DHONI: THE UNTOLD STORY will surely be classified as Sushant Singh Rajput’s career best role. While Disha Patani makes a sparking debut with the film, Kiara Advani is average. Bhumika Chawla is decent and makes a comeback in Bollywood with this film. Veteran Anupam Kher does an exceptional role in the film. There are also many other characters in the film who form a brillaint supporting cast and make the film realistic. One has to give full marks to the casting director for the same.
Even though the film’s music (Amaal Mallik, Rochak Kohli) is average, the film’s background score (Sanjoy Chowdhury) is gripping, especially during the film’s climax.
The film’s cinematographer (Santosh Thundiyil) has done a fine job. The film’s editing (Shree Narayan Singh) is average.
A special mention should also go to the VFX team of the film for doing a good job at masking Sushant’s face on Dhoni’s body during the match sequences, specially in the second half.
On the whole, M.S. DHONI: THE UNTOLD STORY hits it out of the park with a huge six on the account of its engaging narrative and a brilliant screenplay. In a nation where Bollywood and cricket are considered as religion, the amalgamation of both will work wonders at the Box-Office, setting new records. Don’t miss it for anything in the world.