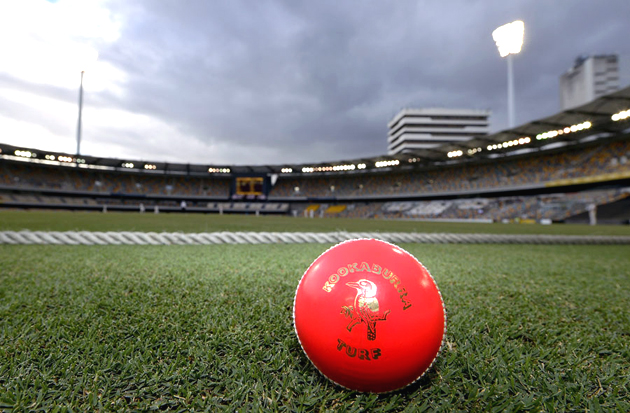 Zafri Mudasser Nofil
History was made on November 27, 2015 when the first-ever Test match in cricket’s 138-year journey was played under lights.
The Adelaide Oval played host to the Australia-New Zealand match in which a pink ball, visible in natural light and under floodlights, was used but all other playing conditions remain unaltered.
The International Cricket Council (ICC) had approved playing conditions for day-night Tests in 2012 after successful trials of pink balls in Australia, England, Pakistan and South Africa in a bid to boost attendances. The ICC Cricket Committee, in its meeting this May, had once again encouraged the member boards to take advantage of these playing conditions and play Tests under lights.
Australia emerged victorious in the match. Thirty-seven wickes fell in three days as the pink ball dominated the bat.
Batting first, New Zealand put up 202 in the first inning with Tom Latham top-scoring with 50. Mitchell Starc and Josh Hazzlewood picked up three wickets each. Australia replied with 224 runs with Peter Nevill (66) and captain Steven Smith (53) hitting half centuries. Doug Bracewell picked up three Aussie wickets.
In the second inning, the Kewis scored 208 with Mitchell Santner hitting the highest of 45. Hazzlewood picked up six wickets. Set a target of 187, the Aussie achieved losing seven wickets. Shaun Marsh top scored with 49 runs. Hazzlewood was named the man of the match.
The Adelaide Oval saw a total attendance of 123,736 with the opening day alone witnessing 47,441 fans.
“It’s a recognition of the fact that cricket is obviously about the players, but it’s also about the fans and we want to grow cricket worldwide. We want cricket to sustain itself, especially Test cricket well into the future. It needs to increase and continue to grow, keep the fans flooding back and coming to watch ‘Test cricket’, according to ICC Chief Executive David Richardson. “I think the ICC Cricket Committee wants to make sure that Test cricket  is sustainable well into the future, and to do that it has to remain relevant. We have to play Test cricket at times when it is convenient for people to come and watch.
“We have seen trends in some countries, not necessarily England and Australia, but certainly in a number of the other member countries, attendances for Test cricket are reducing. Whilst fans of the game might still view Test cricket as the ultimate challenge, follow it on the radio, on television etc, the numbers of people coming to the game seems to bediminishing.
“I think it’s the realisation that time is precious in the modern day and that’s just one way in which Test cricket audiences perhaps can be encouraged and improved.
“You know even if they can’t attend the full day’s play, they can come after work and watch the final two sessions of play. I think we need to create alternatives, the opportunities for members to experiment in this regard, to play essentially when the cricket fans can watch it,” he said.
Richardson hailed the successful debut of day-night Tests saying it is a concept which can greatly enhance the traditional format of the game. “It was an exciting game, played  in exmplary spirit, and in front of record crowds- a great advert for Test cricket. Although day-night Tests will not be feasible at every venue, it certainly provides a new dimension for players, spectators, broadcasters and fans alike and it is here to stay. We need to make sure we take all the learnings we can from this first match, identify what has worked well and what needs improving, and make sure that future day-night Tests are as good, if not better.”
Rival skippers Steve Smith and Brendon McCullum both hailed the initiative.
Kiwi captain McCullum termed the match as outstanding. “It was closely fought. We’d  dearly have loved an extra few runs, but it wasn’t to be,” he said.
“The whole Test match was a great innovation, it was a great spectacle, and to get 120,000 people through the gates in three days is absolutely amazing”, said Australia’s  Caption Smith.
To protect the pink ball from excessive roughness and seam damage, the curators at the Adelaide Oval left a  slightly longer, greener covering of grass on the pitch and in the outfield. Kookaburra, which manufacturers the balls used in Australia, said the difference between the red and pink versions is primarily a very fine film of extra paint used on the pink ball to help keep its colour.
“I do no’t think any Test  ball has gone through the level of testing and development that the pink ball has got and the number of trials and feedback,” Kookaburra managing director Brett Elliott said. In a revolution, Australian media baron Kerry Packer started the World Series Cricket in the late 1970s, using the one day format, a white ball and coloured uniforms, and playing under lights for the first time.
The Test format has also earned positive reaction from many former cricketers. According to former England batsman Geoffrey Boycott, who favoured day-night Tests 10 years ago, change is needed to prevent the game from “dying”.
“Cricket is a product and you have to sell it to people. Play  it at night when people aren’t working and the kids have finished school. Sell it as a family cricket,” he said.
Zaheer Abbas, the new president of the International Cricket Council, also hailed the day-night Test concept as “thoroughly enlightened.” Former Australian captain Mark Taylor suggested introduction of four-day, 100-over Test matches and a clearly defined Test championship. He also wants all Tests to begin on Thursday, allowing them to build to a Sunday evening climax.