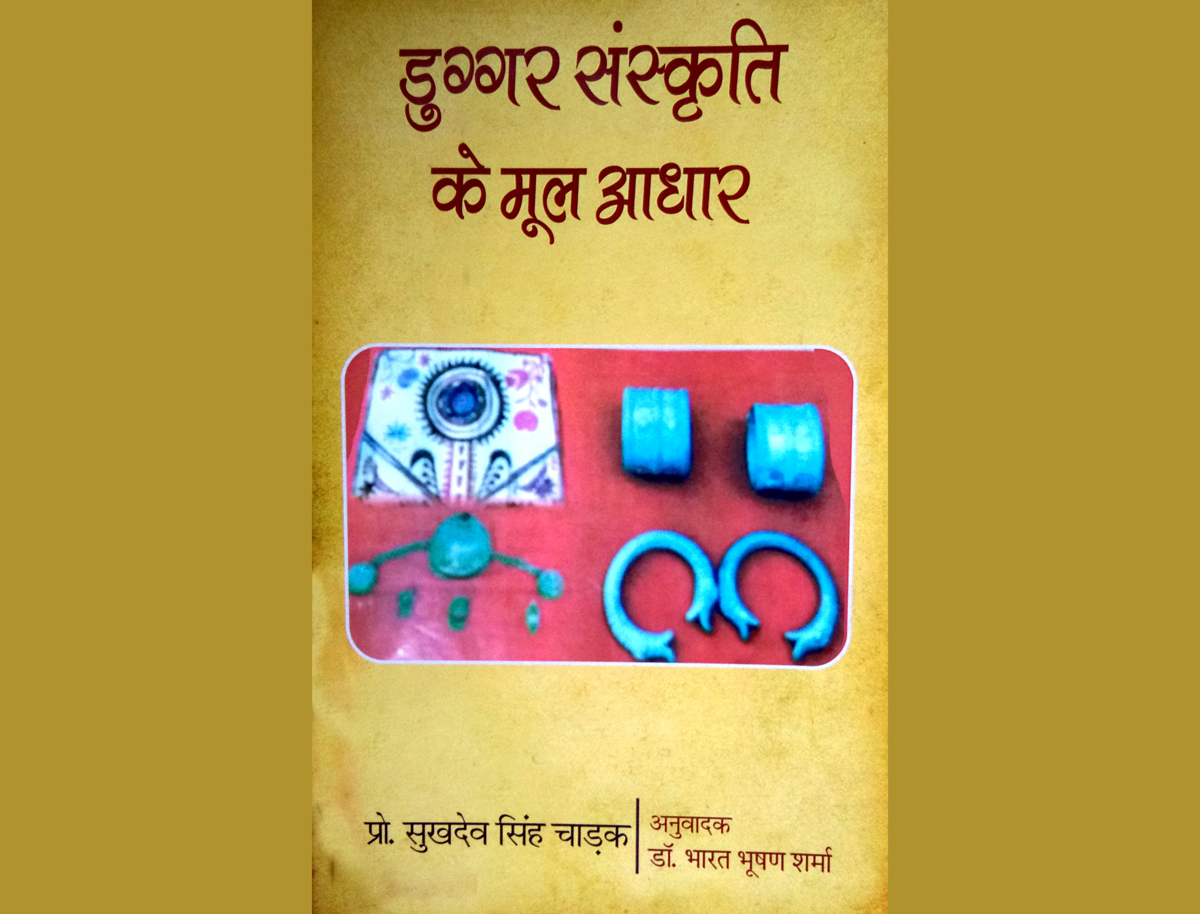 The word history has been derived from a Greek word ‘ historia’, that means inquiry or knowledge acquired by investigation. It is the past that has been described in written documents and the study thereof. What I wish to comment here is that we are not so sincere about our past as Europeans and others are fond of. We may boast of illustrious past but never bother to know the details about it.
An irritating part of We Indians is that we are not serious about our history and without authenticating facts depend upon whatever has been served by others. However If one makes efforts to put forth one’s point of view then we are not ready to accept it and drag the historians in so many controversies. Nevertheless, the volunteers are not demoralized with such bitter experiences and rather move on thus exploring new thoughts and unexplored aspects of history.
If we talk of our own Duggar Pradesh, then Lt. Prof. Sukhdev Singh Charak has been an eminent name as a historian who has put all his sincere efforts through research and study on Duggar Culture so that a Dogra point of view may be put forth from historical point of view. His book “DUGGAR SANSKRITI DE MOOL AADHAAR” is a critically acclaimed historical document.
Now there was utmost need of translating the book in a language so that it should reach to maximum and Non- Dogri language knowing people should also have an access to know about our rich culture and traditions surviving since ages. Prof. Charak’s daughter Anita Billowaria came ahead for this noble cause by getting it translated it into Hindi.
About Author
Lt. Prof. Sukhdev Singh Charak is regarded as an authority on Dogra History. Before him only some foreigners and Sikh Historians have written about Dogra History and Culture. His book “DUGGAR SANSKRITI DE MOOL ADHAAR” is an important and authenticated document of our History and culture. The book is originally written in Dogri Language.
About Translator
The book has been translated by eminent Sanskrit and Hindi scholar Dr. Bharat Bhushan Sharma who has vast experience in such creative pursuits. Dr. Sharma has been on board of many important advisory committees working for language particularly Hindi. He has been General Secretary of “Rashtra Bhasha Prachar Samiti “, Jammu wing and is actively involved in literary movements.
About Book
The book has four chapters. In the First chapter on Jammu City, Establishment of Rule and History, the historian has further divided this chapter into six parts so as to give a detailed account of like Jammu’s History Documents, Formation of J & K state, Jammu’s original inhabitants, Jammu city’s foundation and its history, Invasion of Amir Taimur on Jammu and Historical places of Jammu.
The 2nd chapter belongs to Duggar Culture’s origin and adumbration that has been covered in ten parts including Duggar Culture’s origin, Dogra paintings_ Jammu & Basohli, Duggar’s Sculptures, Jammu ‘s architect_ Construction of Forts and Techniques, Duggar’s Building construction art , Exhibition of Duggar art abroad, Kriamachi’s Temples, Kangra Paintings’ Attributes, Ramnagar’s palaces, Jammu’s trade routes.
3rs part is dedicated to Dogri Language and Literature_ An Interpretation that has been covered in three parts i.e. Dogri Language during Dogra Rule, Glossary of Urdu and Persian in Dogri Language, Historical significance of Dogri Folk tales.
The fourth and concluding Chapter of this outstanding contribution to Dogra History covers six parts i.e. Folk Heroes and Torch Bearers of Duggar Culture, Ranjeet Dev_ Symbol of Justice and Secularism, Baba Jittmal, Miyan Dido_ Wayward Hero of Hills, General Zorawar Singh_ Triumphant of snow led mountains and plateaus, Indian Freedom Struggle’s first freedom fighter Wazir Ram Singh, Gulab Singh_ Expert Dogra Diplomat.
The Book is regarded as an authentic document of our Cultural history that every Dogra should be proud of. Generally, it has been observed that new Generation has no knowledge of their past. The fact remains that those civilizations who pay due regards to their past never fade away. They are immortals. But history has to be kept alive in the form of different mediums so that coming generation should have an access to it. The commendable efforts of Prof. Charak need to be acknowledged not merely by appreciation but a few more steps are the need of hour. History has to be preserved by all means otherwise what has been happening to historical remains of Duggar Culture is not a secret to anybody.
It is our moral duty that this book should reach to each and every corner of not only India but abroad also so that our history should be known across the world. Moreover every Dogra should preserve a copy of same as a valuable addition to Book shelf or library as it’s a document of our own roots.