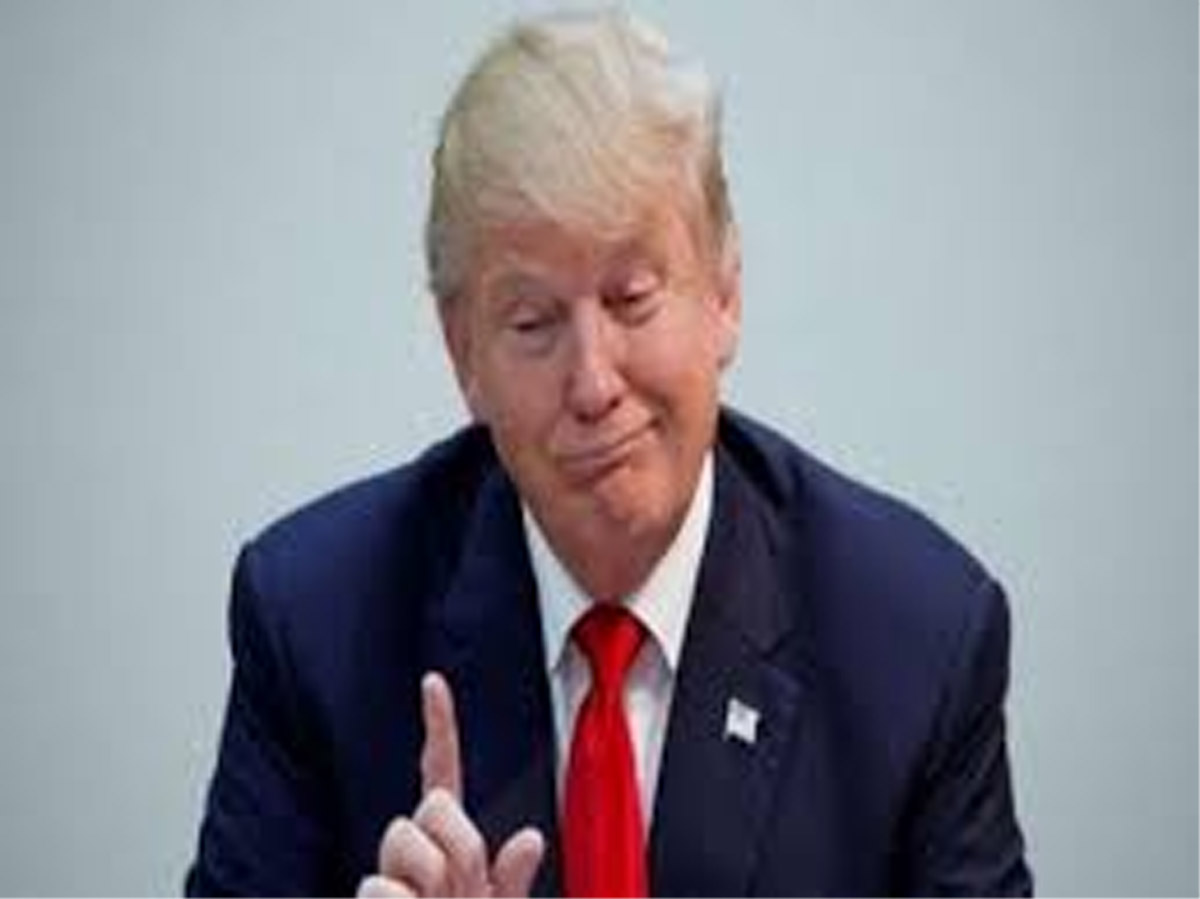 WASHINGTON, Nov 16: President Donald Trump on Friday dubbed the impeachment proceedings against him as a “double standard never seen” in US history as former US Ambassador to Ukraine Marie Yovanovitch deposed before a Democrats-controlled Congressional panel on the second day of public hearings against him.

A double standard like never seen before in the history of our Country? Trump tweeted as Democrat lawmaker members of the House Permanent Select Committee on Intelligence grilled Yovanovitch on president’s interaction with Ukrainians.

Ahead of the hearing, Trump also released transcripts of his first phone to Ukrainian President Volodymyr Zelenskyy after his electoral victory, which, the US president said, is reflective of his stand that he has done no wrong.

I would say when you go into a meeting with somebody and they ask, are you going to be leaving, that is concerning. So that probably — I don’t know exactly when that started happening — but (it was) in that timeframe, the former US envoy to Ukraine said.

During the hearing, she said Trump’s tweet about her diplomatic performance is very intimidating.

I can’t speak to what the president is trying to do, but I think the effect is to be intimidating, she said when she was shown the presidential tweet.

Everywhere Marie Yovanovitch went turned bad. She started off in Somalia, how did that go? Then fast forward to Ukraine, where the new Ukrainian president spoke unfavorably about her in my second phone call with him. It is a US President’s absolute right to appoint ambassadors, Trump asserted.

The tweet was not witness intimidation, it was simply the President’s opinion, which he is entitled to, White House Press Secretary Stephanie Grisham told reporters.

This is not a trial, it is a partisan political process – or to put it more accurately, a totally illegitimate, charade stacked against the President. There is less due process in this hearing than any such event in the history of our country. It’s a true disgrace, she said.

Earlier, Congressman Adam Schiff, Chairman of the House Select Committee on Intelligence, said Yovanovitch was in Kiev in April 2019 when she was called by a senior State Department official and told to get on the next plane back to Washington.

Upon her return to DC, she was informed by her superiors that although she had done nothing wrong, she could no longer serve as ambassador to Ukraine because she did not have the confidence of the president, he said.

It was a stunning turn of events for this highly-regarded career diplomat who had done such a remarkable job fighting corruption in Ukraine that a short time earlier she had been asked by the State Department to extend her tour, Schiff said.

Ranking Member Congressman David Nunes accused the Democrats of a day long TV spectacles instead of solving the problems the lawmakers are being sent to Washington to address.

Five Democrats on this committee have already voted to impeach this President before the Trump-Zelesnky phone call occurred, he said.

In fact, Democrats have been vowing to oust President Trump since the day he was elected. So Americans can rightly suspect that his phone call with President Zelensky was used as an excuse for the Democrats to fulfill their Watergate fantasies, Nunes said.

The problem of trying to overthrow a President based on this type of evidence is obvious but that is what their home case relies on beginning with secondhand and third-hand information cited by the whistleblower, he said, asserting that is why the Democrats early this week were forced to make the absurd argument that hearsay can be much better evidence than direct evidence.

In her testimony, the former career service diplomat told lawmakers that the State Department is in a crisis now. Referring to her previous closed testimony, she expressed grave concerns about the degradation of the Foreign Service over the past few years and the failure of State Department leadership to push back as foreign and corrupt interests apparently hijacked the Ukraine policy.

I remain disappointed that the Department’s leadership and others have declined to acknowledge that the attacks against me and others are dangerously wrong. This is about far, far more than me or a couple of individuals, Yovanovitch said.

As Foreign Service professionals are being denigrated and undermined, the institution is also being degraded. This will soon cause real harm if it hasn’t already. The State Department as a tool of foreign-policy often doesn’t get the same kind of attention or even respect as the military might of the Pentagon, but we are, as they say, the pointy end of the spear, she said.

If we lose our edge, the US will inevitably have to use other tools even more than it does today, and those other tools are blunter, more expensive and not universally effective. Moreover, attacks are leading to a crisis in the State Department as the policy process is visibly unravelling. Leadership vacancies go unfilled, and senior and mid-level officers ponder an uncertain future, she warned.