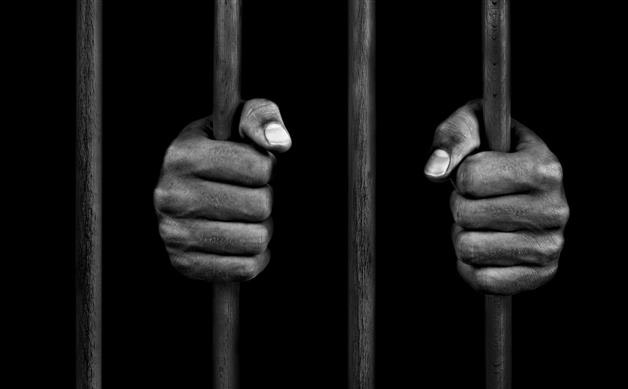 Sanjeev Pargal
JAMMU, May 14: The Jammu and Kashmir administration today shifted 82 more separatists, Pakistani and Kashmiri militants and some hardcore criminals from different jails of the Union Territory including high-security Kot Bhalwal prison to other jails of the country including Haryana, Uttar Pradesh and New Delhi.
Fourty four prisoners have been lodged in UP’s Naini jail.
“The move is aimed at stopping radicalization of ordinary criminals, misuse of prisons for spreading militant activities through use of mobile telephones and Social Media and preventing hardcore militants from staying in touch with outside world,” official sources told the Excelsior.
In second week of March, the administration shifted 96 separatists, Pakistani and Kashmir militants and some criminals detained under the Public Safety Act (PSA) to jails outside the Union Territory.
Recently, the Union Ministry of Home Affairs had written to Jammu and Kashmir and other State/UT Governments seeking adequate measures to prevent misuse of prisons for anti-national activities.
Sources said most of the separatists and militants including Pakistanis and Kashmiris, have been shifted from Kot Bhalwal jail and prisons from the Valley to Haryana, New Delhi and Uttar Pradesh jails.
“Mainly those separatists and militants are being shifted to outside jails who the administration feels could radicalize ordinary criminals in the prisons or those who could instigate subversive activities from inside the jails using mobile telephones and Social Media,” sources said.
They added that the process will continue and lists of more separatists and militants are being prepared for shifting from Jammu and Kashmir jails to outside.
Security agencies have reportedly decided that hardcore militants and criminals will not be allowed to stay in one jail for a long time as they might develop their network even there with the help of criminals lodged in their barracks. They will, therefore, continue to be relocated.
“Besides breaking network of the militants being run from the prisons, if any, the move will also act as deterrence for future,” the sources said.
Many top separatist leaders of Kashmir have already been lodged in Tihar jail at New Delhi for past quite some time.
It may be mentioned here that few months back, the Intelligence agencies had conducted raids in Kot Bhalwal jail and recovered mobile telephones, SIM cards and other gadgetries from the jail which were being used by some Pakistani and Kashmiri militants for staying in touch with their colleagues in the Valley and issuing directions from inside.
Previously, it was observed that few Over Ground Workers (OGWs) of the militants posing as relatives of the militants had managed to smuggle mobile telephones and SIM cards inside the jails.
An order issued by the MHA on May 4 called for conducting regular inspection of prisons, strengthening security arrangements and implementing effective administration to ensure that the jails are not misused to become breeding ground for anti-national activities.
The MHA ordered restrictions on unnecessary movement of prison staff in and out of the jail. For the purpose, a proper entry and exit registers of jail staff should be maintained, it said.
It may be mentioned that Intelligence agencies were of the view that it was very difficult to smuggle mobile telephones, SIM cards and other materials found in possession of the militants and hardcore criminals, without connivance of the jail staff.
The order called for ensuring effective jamming solutions with the use of modern-day advances in technology to restrict use of mobile phones by inmates. It also suggested that first time offenders and repeat offenders should be segregated and housed in separate wards or prison complexes with a view to ensure that habitual offenders are not able to negatively influence the first time offenders.
The MHA order said the administration should ensure that the jail inmates are motivated to leave the life of crime and become responsible citizens of the nation. It has also asked the States/UTs to expedite various measures for strengthening the prison administration and ensuring the security.