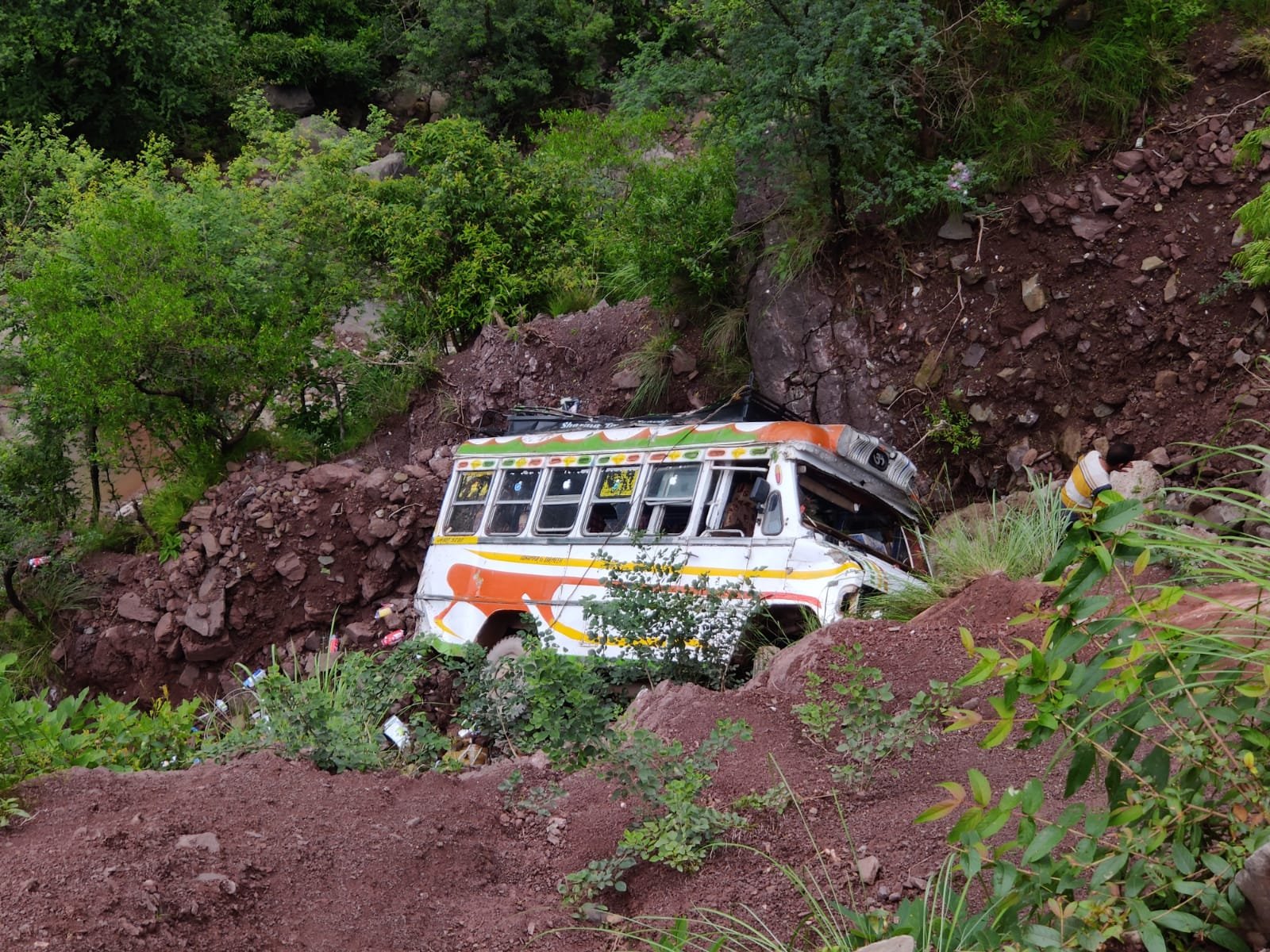 JAMMU, Aug 6: At least 18 people, mostly students, were injured when a mini-bus skidded off the road and plunged into a gorge in Jammu and Kashmir’s Udhampur district on Saturday morning, officials said.
The mini-bus was on its way to Udhampur from Barmeen, they said, adding that the the driver lost control over it and the vehicle fell into a gorge near Ghordi village.
The officials said a rescue operation was launched immediately and 18 injured people, including 11 students, were rushed to the Udhampur district hospital for treatment.
The condition of many of the injured people is serious and one of them, Ashok Kumar (50) of Barmeen, was referred to the Government Medical College (GMC) hospital in Jammu for specialised treatment, they said. (Agencies)