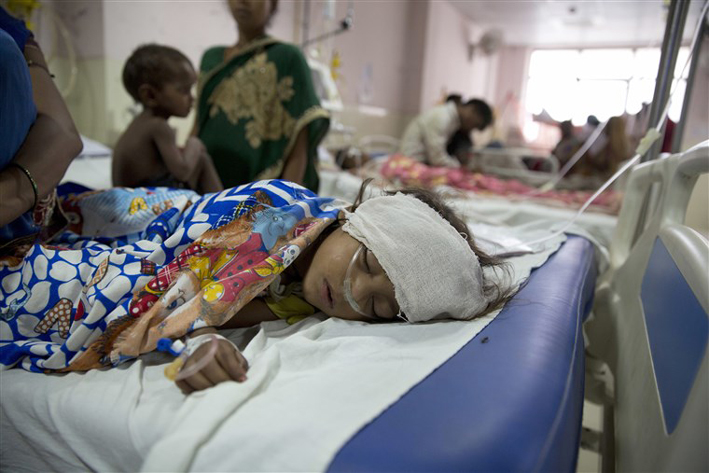 Excelsior Correspondent
UDHAMPUR, Jan 17: As mystery continues to shroud the death of some children following brief illness, teams of doctors and experts are camping the affected areas of Ramnagar to ascertain the reasons of fatal disease.
So far eight deaths because of the mysterious disease have been reported within a fortnight from Ramnagar Medical Block and according to Chief Medical Officer (CMO) Udhampur, Dr K C Dogra, six ailing children are undergoing treatment at SMGS Hospital Jammu, PGI Chandigarh and Ludhiana.
“All the ailing children are below the age of four years who suffered mild fever, then had vomiting and kidney failure,” he told the Excelsior after personally visiting the affected villages from where the incidents of mysterious disease have been reported.
Director Health Service, Jammu, Dr Renu Sharma informed that teams of Directorate Health and Drug Controller visited the affected villages but the cause of fatal disease was not ascertained so far.
The Department of PHE and Food Supplies have also been engaged to investigate the reasons behind spread of the fatal disease and the Directorate of Health Services has advised the people to immediately report to the nearby Health Centre in case of any symptom of the disease.