NEW DELHI : Prime Minister Narendra Modi on Monday said the celebration of the 75th year of independence of the country will reflect the “pride of Sanatan India and the glow of modern India”.
Speaking at the committee meeting to mark 75 years of independence, the Prime Minister said, “The 75th Independence Day will be the celebration of the spirit of freedom struggle and the reflection of the feeling of sacrifice. There should be a tribute to the martyrs of the country and a resolve to build an India of their dreams. It will have a glimpse of the pride of Sanatan India and the glow of modern India as well.”
Emphasising the need for people’s participation, Prime Minister Narendra Modi said, “We have to celebrate this festival of 75 years of independence by taking 130 crore countrymen together. Public participation is the core spirit of this event. The country cannot progress by denying anyone’s contribution. The country goes forward by accepting and respecting everyone’s contributions and we want to follow this mantra.”
Prime Minister Narendra Modi identified five agendas for the celebration.
“Freedom Struggle, Ideas at 75, Achievements at 75, Actions at 75 and Resolve at 75 — we have to move forward with these five aspects. All these should include the ideas and feelings of 130 crore people of the country,” said Prime Minister Modi.
He further said, “Today, India is doing things that could not be imagined until a few years ago. In this journey of 75 years, the country has reached here gradually. There are contributions of so many people to the country in this journey.”
“There is hardly any place or corner in the country that does not have any son or daughter who sacrificed their lives for the nation. When these sacrifices and their stories will come to light, these will be a source of great inspiration,” added PM Modi.
Prime Minister Narendra Modi-led panel held the first meeting on the commemoration of 75 years of India’s Independence titled ‘Azadi Ka Amrut Mahotsav’.
India is going to celebrate its 75th Independence Day this year.
On January 31, Prime Minister Narendra Modi in 2021’s first Mann ki Baat had appealed to the countrymen to write about freedom fighters and stories of their struggle to mark the country’s 75th Independence Day this year. (Agency) 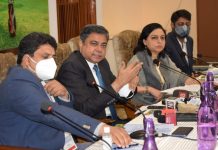 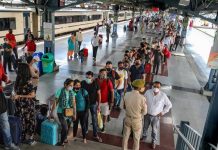 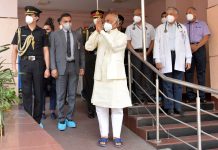 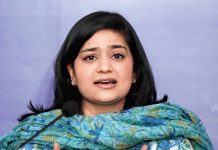 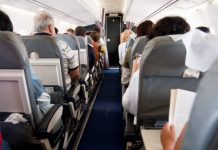