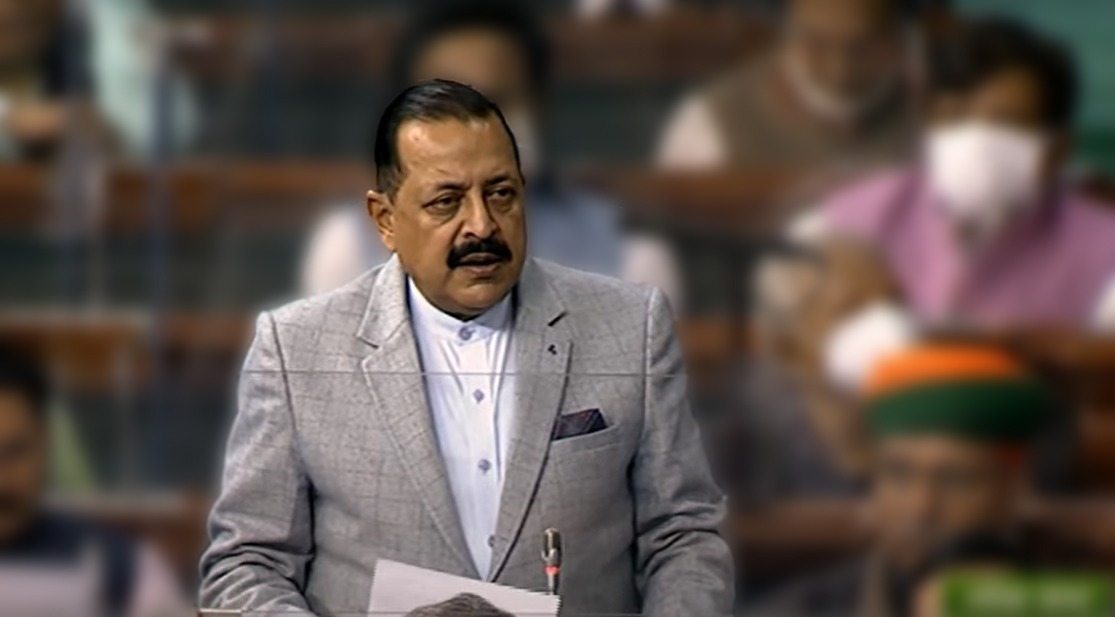 NEW DELHI, Feb 9 : Union Minister of State (Independent Charge) Science & Technology; Minister of State (Independent Charge) Earth Sciences; MoS PMO, Personnel, Public Grievances, Pensions, Atomic Energy and Space, Dr. Jitendra Singh today said that 75 StartUps have registered under space technology category in the StartUp India portal and after the Modi Government’s recent path breaking decision to, for the first time since independence, open up the Space sector to private sector, ISRO (Indian Space Research Organisation) has been encouraging private players to participate in Space activities.
In a reply to a question in the Lok Sabha, Dr Jitendra Singh said that there are many more StartUps registered under other categories that are also involved in the space domain.
The Minister said, to facilitate private sector participation in Space activities, ISRO and Department of Space (DoS) are revising the existing policies in Space domain and new policy framework is being drafted to address various space sectors such as SpaceCom, Remote Sensing, Technology Transfer, Navigation, Space Transportation, Space exploration and Space Situational Awareness. Provisions are being factored in the above policy framework for the development of the private sector including MSMEs and startups in space sector.
In a related reply to another question in the Lok sabha on the steps taken by the Government to bring private players on board to get their participation in the Space activities of ISRO, Dr Jitendra Singh informed the House that Government of India announced reforms in June, 2020, in the Space sector towards enabling the private players to provide end to end services and subsequently the following steps were taken.
A national level autonomous Nodal Agency namely Indian National Space Promotion and Authorization Centre (IN-SPACe) under DOS has been created for promoting, handholding, authorising and licensing private players to carry out Space Activities. Access to ISRO facilities and expertise are extended to private entities to support their space activities. Apart from this ISRO will also nurture Indian space industries by sharing its experiences on quality and reliability protocols, documentation, testing procedures etc. Announcement of Opportunities are being done offering challenges in new domains of space technology. New Space India Ltd (NSIL), the CPSE under DOS will transfer the matured technologies developed by ISRO to Indian industries. To facilitate private sector participation in Space activities, the existing policies in the Space domain are being revised and new policies are being drafted to address policy frameworks for various areas such as SpaceCom, Remote Sensing, Technology Transfer, Navigation, Space Transportation, Space exploration and Space Situational Awareness. In order to address the necessary legal framework, the department is also in the process of enacting a National legislation. The draft Space Activities Bill has completed Public and Legal consultations and will be processed for further approvals for inter-ministerial consultations.
The Minister also said that the Government plans to allow FDI to boost the investment in the space sector by the foreign players.
In response to yet another question, Dr. Jitendra Singh said, a number of initiatives are taken to make India the global leader in space science and technology.
The Minister said, initiatives have been taken for the exploration of space weather, the sun, the moon and the other planets as well as astronomical sources. He said, a decadal plan is under preparation covering scientific and technological development for future space missions.
On the issue of ISRO’s plan to develop an Indian Space Telescope, Dr Jitendra Singh informed that ISRO has already realised X-ray and Visible/ Ultraviolet telescopes. In the coming years ISRO has plans to develop space telescopes dedicated for UV and visible/IR astronomy. The planned UV telescope will be made up of a 1 metre mirror and will provide the deepest images in UV.