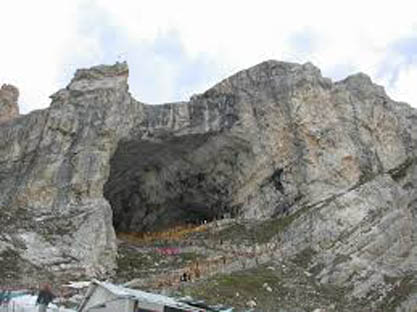 SRINAGAR: About 657 pilgrims have paid obeisance on Monday at the holy Amarnath cave shrine, where so far over 2.79 yatris have had darshan of the self-made ice-Shivlingam.

Yatra to holy cave shrine was suspended from traditional Pahalgam track on Monday due to slippery conditions following rain though it was allowed on shortest Baltal route despite rain. The annual 60-day-long yatra, which commenced from June 28, will conclude on August 26.

An official spokesperson said that on the 47th day of the ongoing Amarnath Yatra, 657 Yatris paid obeisance at the Holy Cave on Monday. Till date, he said 2,79,535 yatris had the darshan of the Shivling at the Holy Cave. (AGENCIES)