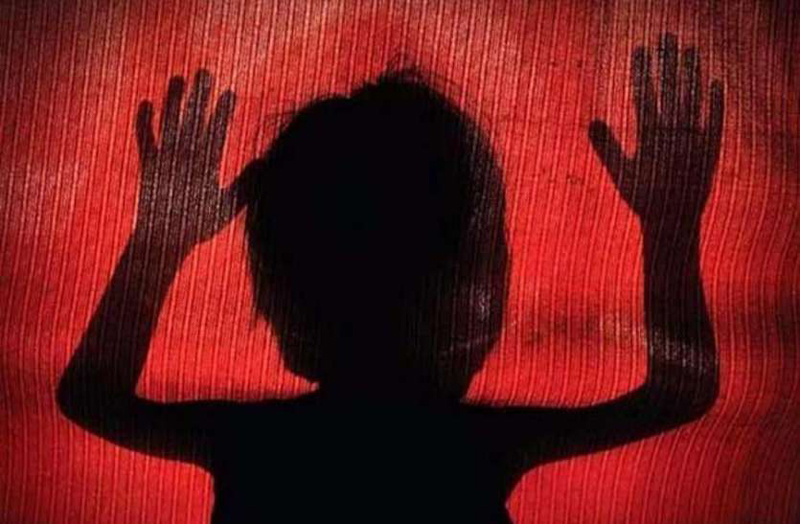 Excelsior Correspondent
SRINAGAR, May 13: At least 60 people, mostly security force personnel including Assistant Commandant of Seema Surkhsha Bal (SSB) were injured today as massive protests broke out in Kashmir against last week’s rape of a 3-year-old girl in Sumbal area of Banidpora district.
Protests broke out at scores of places across Kashmir against the rape of 3-year-old girl in which at least 60 people were injured. The incident took place on May 8 evening in a small hamlet Malikpora, 30 kilometres North of summer capital Srinagar. The girl was lured by a boy, Tahir Ahmad Mir, from neighbourhood to a nearby school and allegedly raped.

Click here to watch video
The Senior Superintendent of Police (SSP) Baramulla said that around 60 persons including 47 security force personnel were injured in the clashes in the district during protests. He said miscreants staged protests and pelted stones on the security forces deployed on National Highway at Mirgund, Chainabal, Harthrath, Singhpora, Jheel bridge, Kripalpora Payeen and Hanjiwera areas of District Baramulla, resulting in injuries to 47 security force personnel including one Assistant Commandant of SSB, who was hit on his head. He said that utmost restraint was maintained by the security forces on ground. However, about seven miscreants were injured in the security forces action.
However, sources said that 12 protesters were injured and one among them, Arshid Ahmad Dar, was hit by a tear gas shell in his head following which he was rushed to Srinagar in critical condition.
Clashes also broke out in Sopore after the students took to the streets there to protests against the Bandipora incident.
The clashes on the highway disrupted traffic on Srinagar-Baramulla section of the National Highway.
Jammu and Kashmir Itehaadul Muslimeen headed by Moulana Masroor Abbas Ansari led a protest against the incident in Partap Park area of Srinagar. The protesters were demanding justice for the victim.
Moulana Masroor Abbas Ansari while talking to reporters here said that the Government always comes up with assurances but later fail to ensure justice to the victim. He added that involved culprits in the heinous crime be dealt with strictly so that everyone will take a lesson.
The students from different colleges staged a protest outside Press Enclave this afternoon, demanding capital punishment to the culprit.
The students holding placards reading ‘hang the rapists’ raised slogans in favour of justice. They said that such heinous acts are creating fear among the girls.. “If the culprits of such crimes are hanged, then such incidents can come down,” a protester Nafia Khursheed said.
Another protester, Nazia Parvez, demanded that rapists be lynched by the public as she no longer had any “faith in the system”. She said that rapists are walking free but the victims suffer for the life.
The residents of Mandir Bagh here also staged a protest against the incident. They marched from Mandir Bagh to Press enclave here, carrying black flags to express sympathy with the victim.
The protesters mostly women were raising slogans in favour of justice, demanded stringent action against the involved person.
The lawyers staged a protest in Lower Court here demanding stringent action against the culprit, saying that the punishment against the involved persons should be exemplary so that it will become a lesson for all.
The students of Degree College Ganderbal and Central University of Kashmir Ganderbal Students boycotted their classes and held a peaceful protest against the Sumbal Bandipora rape case.
The students assembled in the premises of the college and CUK and held protests, demanding strict punishment to the culprit involved in the rape case. They staged a peacefull protest at Tawheed Chowk Ganderbal.
The students of Sher-e-Kashmir University of Agricultural Sciences and Technology (SKUAST) at Wadoora Sopore in north Kashmir’s peaceful protest inside the campus against the rape.
Protest marches were held across North Kashmir’s Kupwara district including students of boys and Women’s colleges form Handwara and Kupwara, demanding capital punishment for the accused.
The students of Government Degree College Tral staged a protest today against the incident, demanding justice to the victim and stern action against the involved person, who, they said, should be hanged till death.
The normal life remained disrupted in Kashmir and complete shutdown was observed across the Valley in protest against the incident. The shutdown was called by Jammu and Kashmir Itehaadul Muslimeen, appealing people to observe shutdown today.
Authorities shut down schools and colleges in Srinagar and parts of Kashmir valley to prevent protests and violence.
Divisional Commissioner Kashmir Baseer Ahmad Khan today appealed people to maintain peace and assured a fast track probe to ensure justice to the victim. “We have instructions from the Governor to hold a time-bound probe into the case. I am personally monitoring the case,” he said at a press conference in Srinagar.
Khan said that action under law will be taken against the accused. “People should have faith in the Government. We are working on war-footing basis. If people have any compliant they can approach me or the district administration,” he said.
Separatist leaders Syed Ali Shah Geelani and Mirwaiz Omar Farooq condemned the rape incident and termed it as shocking, unfortunate, gruesome and inhuman act. They termed the incident as a stain on the social, spiritual fabric and rich culture of Kashmir.
The leadership said that this unfortunate and gruesome incident needs a thorough investigations and the culprit of this immoral act needs to be awarded an exemplary punishment. They stated that the incident has not only left the conscience of every Kashmiri badly shaken but brought every head down in shame.
They said that while this shameful and heart-breaking incident has pierced through our hearts and minds and left all of us shocked, some people might take advantage and try to divide us in the name of sects and tribes.
“The affected kid belongs to all of us and we all share the pain and agony of her family and stand firmly behind them. We all want the culprit to be brought to justice and justice for her and affected family. We urge people across all sections to maintain unity and brotherhood on all fronts, and to exhibit patience and discipline,” they said.