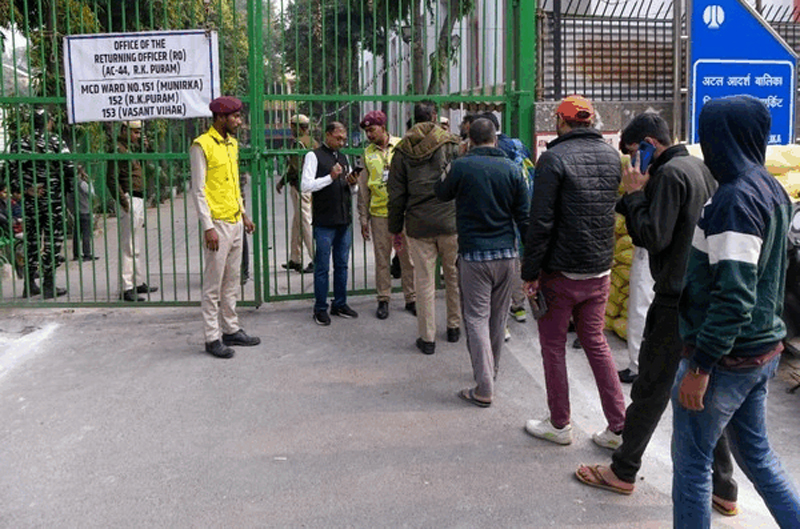 Around 50 per cent voting was recorded today in the election to the 250 municipal wards in Delhi, with main rivals BJP and AAP claiming victory in the high-stakes contest.
No major glitches in electronic voting machines were reported and the voting passed off peacefully with high security observed at the 3,360 critical booths in 493 locations where more than 25,000 police personnel, nearly 13,000 home guards and 100 companies of paramilitary forces were deployed, officials said.
Several people in North-East Delhi and some other areas complained that their names were missing from the voters’ lists. Anil Kumar, the Delhi Congress president, was among the people who could not vote. The BJP said it has filed a complaint with the state election commission over the missing names.
Election officials said that nearly 50 per cent polling was reported by 5.30 pm when the voting time ended. However, the figure is likely to rise as many people who reported before 5.30 pm and were queued up at the polling booths were casting their votes.
The results will be announced on December 7. (PTI)