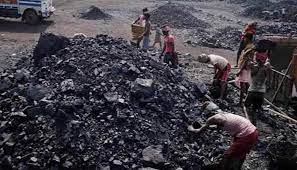 New Delhi, Feb 12: The government on Saturday said that a total of 42 coal blocks have been auctioned till date for commercial mining.
Of the said blocks, 10 coal mines were auctioned this week under the third tranche, the coal ministry said in a statement.
“Under the commercial coal mining auction process, a total of 42 coal mines, including… Mines auctioned in tranche-3, have been successfully auctioned till date with a total cumulative PRC (peak rate capacity) of 86.404 million tonnes per annum (MTPA),” the statement said.
The 10 blocks sold this week are projected to generate an annual revenue of Rs 2,858.20 crore, the ministry said. The “annual revenue projected (is) based on the PRC (peak rate capacity) of mine”, the ministry said.
On the first day of the auction, five blocks were sold. Dalmia Cement Bharat Ltd had emerged as the highest bidder for two coal blocks in Jharkhand.
While Mahanadi Mines and Minerals emerged as the highest bidder for a coal block in Odisha, Yazdani Steel And Power was the highest bidder for another coal mine in the eastern state, the coal ministry had said in a statement on Tuesday.
Assam Mineral Development Corp Ltd was the highest bidder for a mine in Assam.
On the second and the third days of auction, Jindal Steel and Power bagged Utkal-C coal mine in Odisha while Hindalco Industries made the highest bid for Meenakshi mine in the eastern state.
BS Ispat Ltd emerged as the highest bidder for Majra mine in Maharashtra, and Assam Mineral Development Corporation bagged Garampani coal block in Assam.
Platinum Alloys Pvt Ltd bagged Namchik Namphuk mine in Arunachal Pradesh. (PTI)