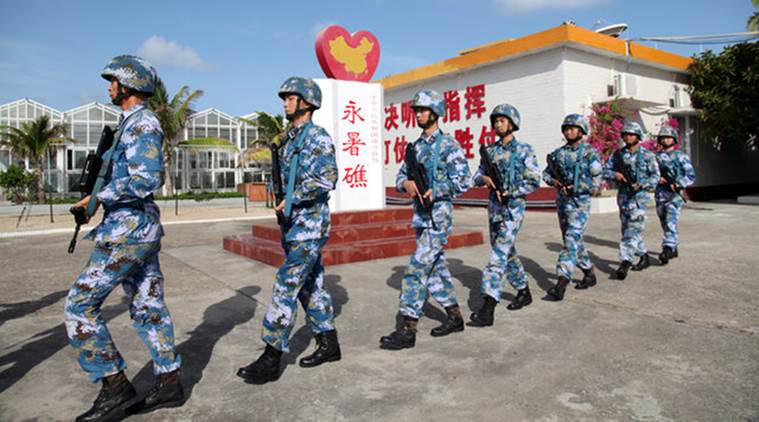 NEW DELHI, Feb 3: At least 38 Peoples Liberation Army troops died due to drowning in the freezing waters of the Galwan river as they attempted a hurried retreat in the dark in the face of a fierce onslaught by the Indian Army, on the night of June 15-16, 2020, a new report states.

Click here to watch video
The revelation is made by Australian newspaper The Klaxon, which has cited an investigative report filed following long months of tracking Chinese social media reports and accounts, including those that were later deleted by Beijing.
China has confirmed only four casualties, of whom one PLA soldier died by drowning, Junior Sergeant Wang Zhuoran. The other three — PLA Battalion Commander Major Chen Hongjun, Private Chen Xiangrong and Junior Sergeant Xiao Siyuan –were killed in fighting with Indian forces.
On the fateful night of June 15, 2020, when Indian Army Colonel Santosh Babu came to the buffer zone area in Galwan Valley to dismantle Chinese infrastructure, the Chinese forces led by Colonel Qi Fabao were waiting. Col Qi Fabao was present along with nearly 150 soldiers, the report states.
It says that Fabao ordered his troops to form a battle formation, instead of discussing the issue”. The moment Col. Fabao attacked he was immediately besieged by the Indian Army troops.
In order to rescue him, two of the PLA soldiers (whose names have been acknowledged among the four dead) came forward. Battalion commander Chen Hongjun and soldier Chen Xiangrong entered the encirclement of the Indian Army and started (a) physical scuffle with Indian troops using steel pipes, sticks and stones to provide cover for (their) commander to escape, the report states.
It says Colonel Qi Fabao was hit in the head by an Indian Army soldier, and rushed back with serious injuries. The report says PLA soldiers Hongjun and Xiangrong were immediately silenced by the Indian Army. Another Chinese soldier, Xiao Siyuan, of the Motor Infantry Battalion of the 363rd Regiment, Frontier Defence, Xinjiang Military Region had been recording the event.
In the ongoing scuffle he left the camera and attacked but was severely wounded by an Indian soldier and later succumbed to his injuries, the report states.
It states that after Col Fabao left the arena, and watching the bodies of Major Chen Hongrun, Junior Sargeant Xiao Siyan and Private Chen Xianrong, that PLA soldiers panicked into retreat.
Wang Zhuoran, a 1996-born native of Luohe City, Yancheng County, Henan, came forward along with his companion Ma Ming to help his scattered retreating comrades out of danger by guiding (their) way to retreat back.”
The PLA soldiers didn’t even have time to wear water pants. They decided to cross the icy water of the river in pitch dark under the guidance of Wang.
The river rose suddenly and injured comrades kept slipping and (being) washed downstream. The report states: Information gathered by a blogger from people who attended Wang’s funeral at Luohe Martyrs Cemetary, Henan, reveals that Junior Sergeant Wang Zhuoran pushed four of his comrades across the river successfully but his legs became stuck by stones at the bottom of the river.
As of this date there is no information about them anywhere in Chinese cyberspace. Citing several Weibo users the report states: at least 38 PLA troops along with Wang were washed away and drowned that night of which only Wang was declared among the four officially dead soldiers.
After the incident, the bodies of the soldiers were first taken to Shiquanhe Martyr Cemetery, followed by local ceremonies at the local towns of the killed soldiers, the report states.
A division of Xinjiang Miltary Region organized officers and soldiers to go to the Shiquane Martyr Cemetery to lay flowers to the revolutionary martyrs, organize party members to take an oath and sweep the tombs for heroes.
The researchers say the deadly June 15 battle was sparked over a temporary bridge, which Indian soldiers had erected across a stream of the Galwan River three weeks earlier, on May 22.
The report states that on May 22 Indian troops, led by Colonel Santosh Babu, Commander of the 16th Regiment of Bihar, created a temporary walk-over bridge over a stream of the Galwan River to allow troops to monitor Chinese activities.
“Though PLA was constructing its own infrastructure in the buffer zone, the construction of a temporary bridge by Indian troops aroused strong opposition by the Chinese, report states.
On June 6, 80 PLA soldiers came to dismantle the bridge and nearly 100 troops came to defend it. That is when the video of the standoff was probably shot, which Chinese media claimed to be shot on 15 June, 2020.
The report states that during the June 6, 2020 standoff, officers from both sides agreed to withdraw all personnel who crossed the buffer zone line and to dismantle all the facilities that crossed the line.
However, the report says China failed to adhere to the agreement. PLA did not adhere to its promise and instead of dismantling its own infrastructure as agreed upon, secretly dismantled the river crossing bridge constructed by the Indian Army, it says.
Three days later, on June 15, Colonel Santosh and his troops returned, and a fierce fight ensued. India has said that China broke protocol and the 1996 agreement by arming soldiers with lethal weapons, including iron rods, batons wrapped in barbed wire and clubs embedded with nails. (UNI)