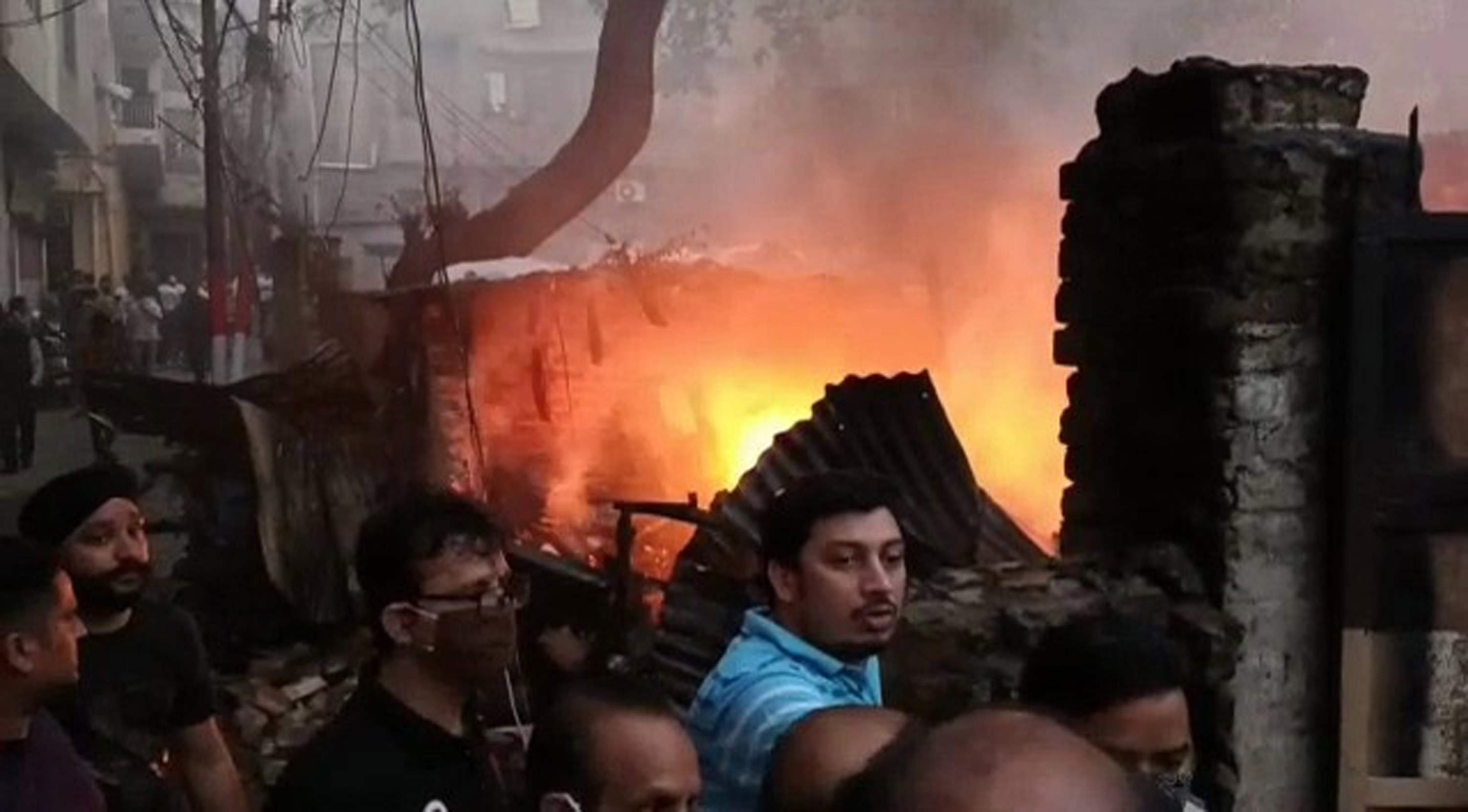 JAMMU, March 14: Four persons, including a child, were charred to death while at least 15 others sustained burn injuries in a massive fire at a scrap store which also triggered an LPG cylinder explosion on Monday.
The incident took place at Residency Road in Jammu, in a lane opposite Tourism Reception Centre, police said.
“A major fire broke out on Monday evening inside the complex of a scrap dealer due to short circuit which later triggered LPG cylinder blast at Residency Road in the heart of the city.”
Additional Director General of Police, Jammu, Mukesh Singh also rushed to the scene to supervise the firefighting and rescue operation.
In a statement issued this evening, Sr Superintendent of Police (SSP) Jammu, Chandan Kohli said, “The fire was caused by a suspected short circuit and later intensified after the subsequent explosion of LPG cylinders inside the store.”
“All injured have been evacuated from the site with hectic efforts of Police, Fire and Emergency Services assisted by locals and all injured are under treatment in Govt Medical College (GMC) Jammu. He said that the rescue operation is going on.
“The identity of the victims was not immediately known,” the police officer added.
Fire and Emergency Services put seven fire tenders to douse the flames billowing from the scarp shop.
“The dead bodies of a lady, one child, and two males were shifted to the mortuary for postmortem and identification,” police said. (AGENCIES)