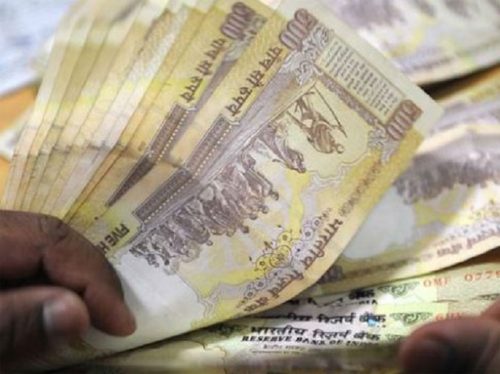 Excelsior Correspondent
RAJOURI, Jan 11: Security forces busted a narco-terrorism racket in Rajouri district and arrested three persons along with fake currency here today.
Senior Superintendent of Police, Rajouri, Yougal Manhas said that a team of Special Operation Group (SoG) of J&K Police, under the supervision of DySP Police Component, Pranav Mahajan along with a team of 38 Rashtriya Rifle unit laid a Naka at Manyal Gali, Thanamandi on Thanamandi – Dera Ki Gali (DKG) road when a car bearing registration No. PB02AK/ 7288, on way towards Rajouri was signalled to stop.
The driver attempted to break the naka but the alert Army and Police men foiled his attempt and overpowered the driver, the SSP said.
The car was put to thorough frisking during which fake currency notes worth Rs 15,100 with 43 notes of 200 and 13 notes of 500 denomination were recovered from the possession of one Javaid Ahmed, son of Ghulam Mohammad, resident of Kulgam, Manhas added.
He said soon after the recovery, he was taken into custody while two other persons travelling in the car identified as Abdul Rashid, son of Sana Ullah and Bilal Ahmed Dar, son of Ghulam Mohammad Dar, both residents of Kulgam were also arrested. All the three persons have been lodged in Thanamandi police station while further investigation is going.
It has come to notice in the initial investigation that these people were in link with some drug-peddlers of Rajouri and Poonch and were supplying drugs / narcotics substances with the use of fake currency and were part of a narco- terrorism racket. The vehicle has also been seized.
A case FIR No. 02/2019 under Sections 489-B, 489-C RPC, 11/13/17/21/40 ULA has been registered in Thanamandi Police Station against them.