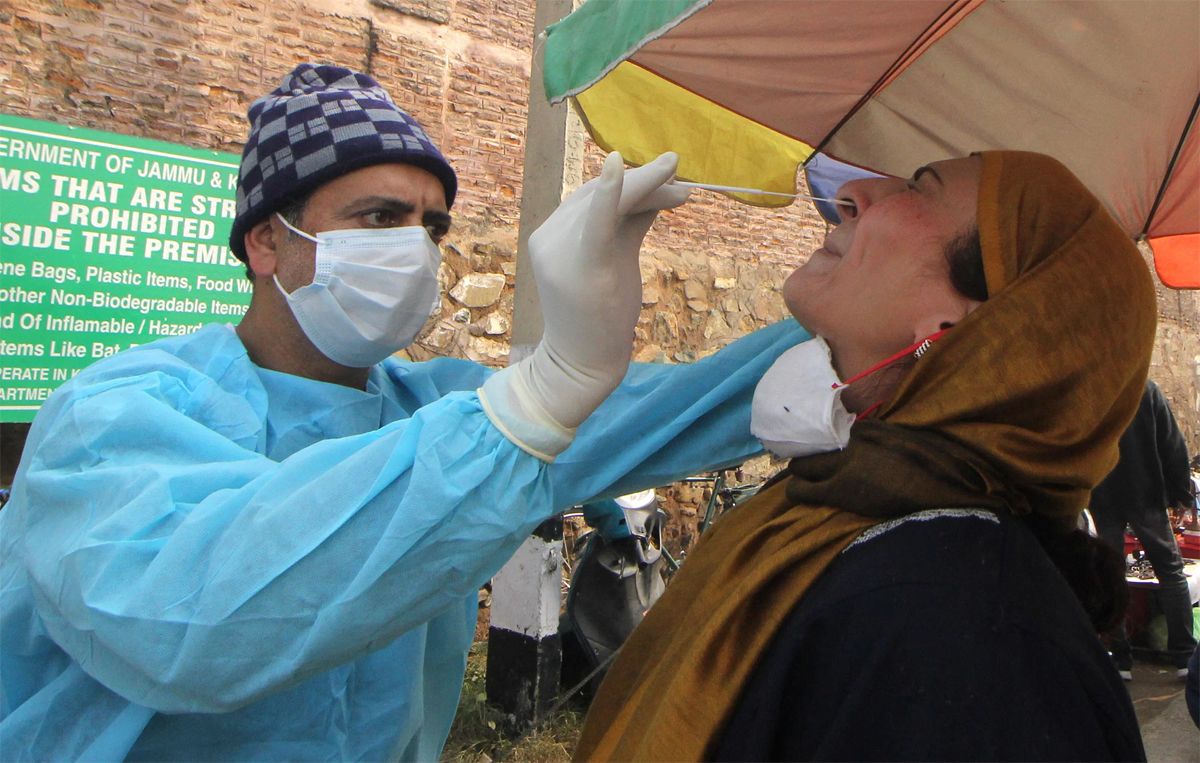 17 officials among 32 new cases in Ladakh
Excelsior Correspondent
JAMMU/SRINAGAR/ LEH, Nov 27: Three persons died of COVID-19 and 119 others tested positive for the virus in Kashmir division today while 30 fresh cases were reported from Jammu region. The UT of Ladakh registered 32 cases, all in Leh district and 17 of them were Government officials.
Kashmir today reported 119 positive cases of COVID-19.
Three people who were suffering from the viral infection died in Kashmir today taking the death toll in J&K to 4473.
Those who tested positive include 42 from Srinagar, 23 from Baramulla, 19 from Budgam, 4 from Pulwama, 13 from Kupwara, 2 from Anantnag, 7 from Bandipora, 8 from Ganderbal and 1 from Kulgam.
The number of cases in Kashmir division has reached 211,416 including 207,684 recoveries and 2,288 deaths.
The number of active cases in Jammu and Kashmir are 1,724 including 1,444 from Kashmir division.
With 141 more recoveries, the tally of total recoveries in Jammu and Kashmir has reached 330,189 which is 98.16 percent of the total cases.
Among 30 new COVID positive cases reported in Jammu region today, nine each hailed from Jammu and Reasi districts, five in Rajouri, three each in Doda and Kishtwar and one in Udhampur district.
Kathua, Samba, Poonch and Ramban districts didn’t report any fresh cases.
As against 30 new cases, 14 persons recovered from the virus.
Jammu region now has 1,24,970 Coronavirus cases. Of them, 1,22,505 have recovered while there were 280 active positive cases and 2185 casualties.
The casualties include 1151 in Jammu district, 238 Rajouri, 152 Kathua, 137 Udhampur, 133 Doda, 120 Samba, 100 Poonch, 67 Ramban, 44 Kishtwar and 43 in Reasi district.
The Union Territory of Ladakh today reported 32 fresh COVID positive cases, all in Leh district.
Among the positives, 17 were Government officials who were tested for the virus during random testing.
Ladakh now has 243 active positive cases including 224 in Leh district and 19 in Kargil.
Corona count in Ladakh has gone up to 21467. Among them, 21011 have been treated while there were 213 casualties—155 in Leh and 58 in Kargil.