NAGPUR, Oct 20:
As many as 292 police personnel, including from paramilitary forces like the CRPF and BSF, have lost their lives in the line of duty across the country between September 2018 and August this year during anti-terror and other operations, according to official data.
It also mentioned that over 35,000 police personnel have sacrificed their lives for the country from Independence till August this year.
Of the 292 state and paramilitary personnel killed between September 2018 and August this year, the Central Reserved Police Force (CRPF), which is at the forefront of fight against terrorists and insurgents, topped the list with 67 casualties.
These included 40 CRPF personnel killed in a terror attack at Pulwama in Kashmir in February this year, said the official statement quoting figures received from various police forces and organisations.
Besides,41 personnel of the Border Security Force (BSF), 23 of the Indo-Tibetan Border Police (ITBP) and 24 of Jammu and Kashmir Police were killed during the one-year period.
The list also includes 20 Maharashtra Police personnel, including 15 killed in a landmine blast triggered by Maoists in Gadchiroli district in May this year.
Apart from these, 14 personnel of Chhhattisgarh Police, 12 of Karnataka Police, 11 of the Railway Protection Force (RPF), 10 each of Delhi Police and Rajasthan Police, seven of Bihar Police and six of the Central Industrial Security Force (CISF) were also killed during the period.
The list also included those killed from police forces of Jharkhand, Uttarakhand, Arunachal Pradesh, Haryana, Manipur, Andhra Pradesh, Madhya Pradesh, Sikkim, Himachal Pradesh and Tripura, and the Sashastra Seema Bal (SSB), National Disaster Response Force (NDRF) and Assam Rifles.
As per the data, maximum number of paramilitary jawans died while dealing with cross-border terrorism and Naxalism within the country.
The state police personnel were martyred while dealing with Naxals, terrorists, liquor and sand mafias and on other law and order duties, it said.
From Independence to August 2019, total 35,136 police personnel sacrificed their lives for safeguarding the nation and providing security to people, it added.
The names of 292 martyrs would be read out during the Police Commemoration Day functions on Monday.
The day is observed to pay homage to 10 policemen killed in firing by Chinese troops in 1959. (PTI) 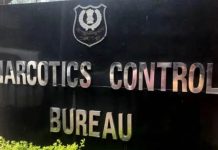