NEW DELHI, July 23:
As many as 272 foreigners, Non-Resident Indians, Overseas Citizens of India and Persons of Indian Origin have been conferred Padma awards since its inception in 1954, the government said on Tuesday.
Minister of State for Home Affairs Nityanand Rai told the Lok Sabha that any person without distinction of race, occupation, position or sex is eligible for the Padma awards.
Serving government servants, including those working with public sector undertakings, except doctors and scientists, are not eligible for the awards.
“272 Foreigners/Non-resident Indians (NRIs)/Overseas Citizens of India (OCIs)/Persons of Indian Origin (PIOs) have been conferred the Padma Awards since inception in 1954,” the minister said in a written reply.
According to him, the Padma awards committee does not apply any rigid criteria or formula for selection but looks for lifetime achievement of an individual as well as an element of public service in achievements, while making a selection. (PTI) 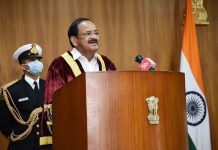 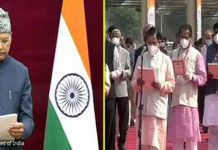 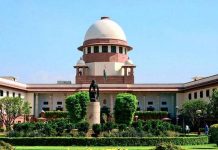 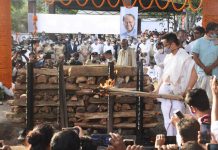