Kanwal Singh
After a century long struggle for freedom, A Nation had risen to become Republic and secure to all its citizens- Justice, Social, Economic and Political Liberty Of Thought, Expression, Belief, Faith and Worship. It was the day when a Nation recognised and honoured the Supreme doctrine i.e our Indian Constitution which replaced the GOI Act 1935. The constitution was adopted on 26th Nov 1949 and came into effect on January 26, 1950- with parliamentary and democratic form of Government. As the first PM of India in his historic Independence Day speech said that this is those rare moments in history when the soul of a Nation, long suppressed, finds utterance. It was indeed a Nations “Tryst With Destiny”. Seventy years after this historic moment, a Nation has come a long way and still a long way is to go. As, Ram Prasad Bismil Said:
The Karvan has just started. Let’s revisit history and try to understand the very principles and fundamentals on which this great Nation was founded.
After immense sacrifices by our great freedom fighters and the great crusaders of freedom struggle, India achieved independence on August 15 1947. It was a historic day but India was still a constitutional monarch with George VI as head of state and Earl Mountbatten as Governor General. At this moment our nation was still governed by the GOI Act 1935 and the legal luminaries had a tough task ahead of drafting the Constitution of a Nation as diverse as India. A doctrine which envisages the hopes and aspirations of the people.
The framers of the Indian constitution despite witnessing the horrors of partition post the independence didn’t choose religion, class or caste as the basis of Indian constitution. They instead gave importance and consideration to India’s rich cultural heritage, regionalism and unity in diversity. The very basis of granting citizenship was by birth or dissent. The constitution starts with “The Preamble”- the ideal principles which the constitution aims at protecting. While describing and deliberating the principles of the Preamble, Dr. BR Ambedkar said the following:
“It was indeed a way of life which recognises liberty, equality and fraternity as the principles of life and which cannot be divorced from each other: liberty cannot divorced from equality; equality cannot be divorced from liberty. Nor can liberty and equality be divorced from fraternity. Without equality, liberty would produce supremacy of the few over the many”
The Path to Republic:
On August 29, 1947, a resolution, was moved for the appointment of the Drafting Committee, Drafting committee was appointed to draft a permanent constitution, with Dr. BR Ambedkar as the spearhead of the commission. The commission sat for 166 long days, held more than 300 public darbars and discourses. After many deliberations and some modifications, the 308 members of the assembly adopted the constitution on November 26, 1949. On January 24 1950, the CA signed two handwritten copies of the Indian Constitution, one in Hindi and one in English. On January 26, the constitution of India came into effect and Dr. Rajendra Prasad became the first president of an Independent Sovereign Democratic Republic India and the CA became the parliament of India.
Why 26th January
Because on this day in 1929 when Declaration of Indian Independence (Purna Swaraj) was proclaimed by the Indian National Congress as opposed to the Dominion status offered by the British Regime.
The first copies of the Indian Constitution are still preserved in the Parliaments Library and are one of the significant relics of the Independent India. For first four years, India didn’t have a fixed venue for Republic Day Parade. Initially it was held in Red Fort, then National Stadium, then in Kingsway Camp, and then in Ramlila ground. Finally, In 1955, Rajpath was chosen as the permanent venue. The members of the constituent assembly also adopted the National Anthem- Jana Gana Mana on January 24, 1950.
This year the Republic Day will be different from the general convention as for the first time we have a National War Memorial dedicated to those lost in battle, men from our great Armed Forces. For the first time our PM will be paying obeisance at the war memorial and the country will have it’s first Chief of Defense Staff, General Bipin Rawat.
For the first time the all men’s contingent will be led by a woman adjutant and fourth generation officer, Captain Tania Shergill. She is a proud soldier and feels that “A Fauji is a Fauji whether men, women, Punjabi, Marathi or Gujarati”.
For 70 long years a nation as diverse as India is still binded together which is itself a testament in the world. This has been achieved by the strong socialist, secular fundamentals of the Indian Constitution. As BR Ambedkar said:
“However good a Constitution may be, if those who are implementing it are not good, it will prove to be bad. However bad a Constitution may be, if those implementing it are good, it will prove to be good. The day I’ll find the constitution being misused, I’ll be the first one to tear it apart”.
But after 70 years, have this great nation realised the true essence of being republic and independent. Have we achieved economic freedom. The most powerful enemy of the idea of India now is the ideological driven politics.
Yet again it’s the responsibility of ‘We The People of India’ who solemnly resolve to constitute India as Socialist Democratic Republic to stand up in service to this great Nation. Its our duty to illuminate the light and safeguard the true principles and fundamentals of our Great Constitution. A nations true power is defined by the ability of the common man to protect the true values of its Republic. To stand up for justice, To stand for the poor and underprivileged.
feedbackexcelsior@gmail.com 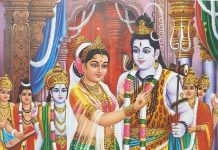 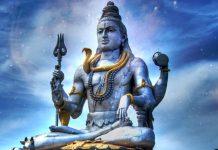